Galaxy Head Coach Kösling: "We want to bring the second title to Frankfurt"

The Frankfurt Galaxy is entering its third season. A challenge that the Galaxy is happy to take on. 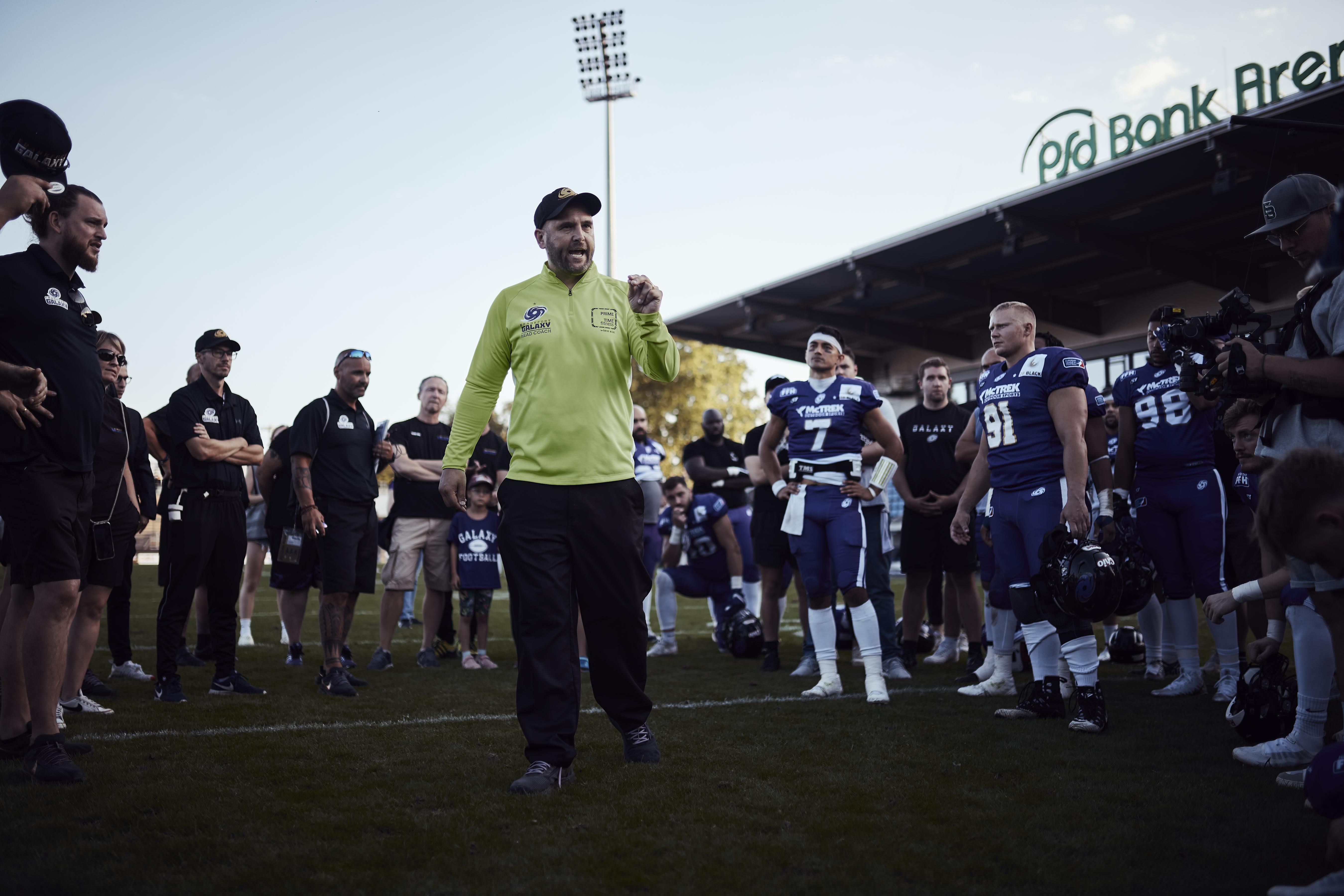 Thomas Kösling has led the Frankfurt Galaxy to the first ever Championship title. © Sarah Philipp

It was a rather disappointing second season for the Frankfurt Galaxy. After the Championship title in the first season of the European League of Football, they could not reach the play-offs in the second season. Until shortly before the end of the season, they fought against the Raiders Tirol and Berlin Thunder for the last play-off spot. The fighting spirit was never given up, even after the brief loss of starting quarterback Jakeb Sullivan in mid-season. The Galaxy comes as a collective. A team that they could compensate the departures of Anthony Mahoungou or Jhonattan Silva Gomez, with young talents like Daniel Josiah, Karim Ben El Ghali or Cheikhou Sow. Frankfurt Galaxy is in transition and should not be overlooked in 2023 - even with Sow now leaving the Galaxy to join Paris.

European football champion in 2021 on the hunt

A transition that the Galaxy wants to continue. To be able to screen the best players, the first and probably only combine of the Galaxy offseason took place recently. Nearly 110 players, including two quarterbacks, made a good impression, according to the Galaxy. The quarterback position is set. When asked after the season if the Galaxy planed to continue with Jakeb Sullivan, the answer was a resounding "yes". And they delivered in re-siging him on Thursday. Who will play the backup position still seems unclear. Moritz Johannknecht, who has shown strong performances in his previous starts in the European League of Football, could be headed to another franchise if not getting the starting job.

Championship Game 2023 as the goal

In Frankfurt, the team is self-confident and the goal is clear: Championship Game 2023. "The sporting goal remains unchanged. We want to bring the second title to Frankfurt. We have learned a lot from last season and will attack fully next year," said Head Coach Thomas Kösling, who will also be at the coaching helm of the Galaxy next year.

A number of players could also retire from the big stage this year, new players could arrive. The Galaxy, which also recently received support in its venture structure, could once again field a solid team in 2023 and with Sullivan, this team is more than hungry to continue their succesfull path.