The Frankfurt Galaxy is on the move! 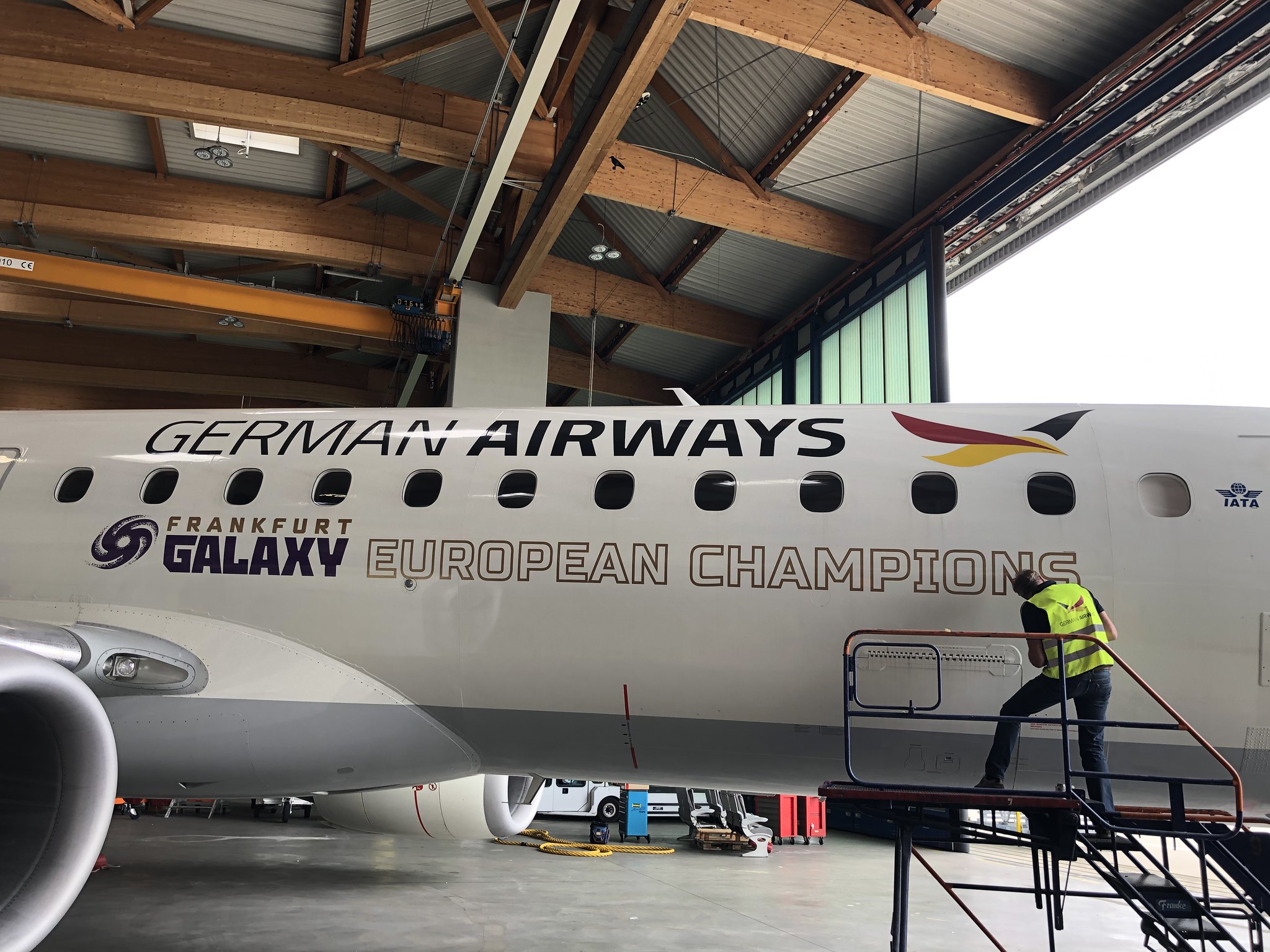 This has never been seen before in European football. The Frankfurt Galaxy now has its own plane. The Embraer E190LR aircraft with the registration D-AWSI from German Airways is now adorned with the lettering: "Frankfurt Galaxy European Champions".

The mother company Zeitfracht had recently joined the Frankfurt Galaxy board, showing its passion for football. Maren Wolters, Managing Director of German Airways said in the press release: "There are already aircraft in all kinds of soccer liveries, football is new. That's why Frankfurt Galaxy's new flying livery will be even more spectacular in the future. We will be flying all over Europe in the characteristic Galaxy purple. We have great role models with this: In the USA, for example, the New England Patriots football franchise from Foxborough near Boston also has its "own" aircraft. With the Frankfurt Galaxy jet, there is now another "Champion carrier" in the Main metropolis. Reigning Euroleague soccer winners Eintracht Frankfurt rely on Sun Express' "flying eagle." The maiden flight for the jet in its new livery will be to the Galactic's away game in Wroclaw this weekend."

‍
Last year's European League of Football champions are aiming high again this year, now, as mentioned, meeting the Panthers in a heated duel. Non other than legendary coach and now advisor for the Panthers, Gary Kubiak, will be at the game in Poland. What a matchup this will be.