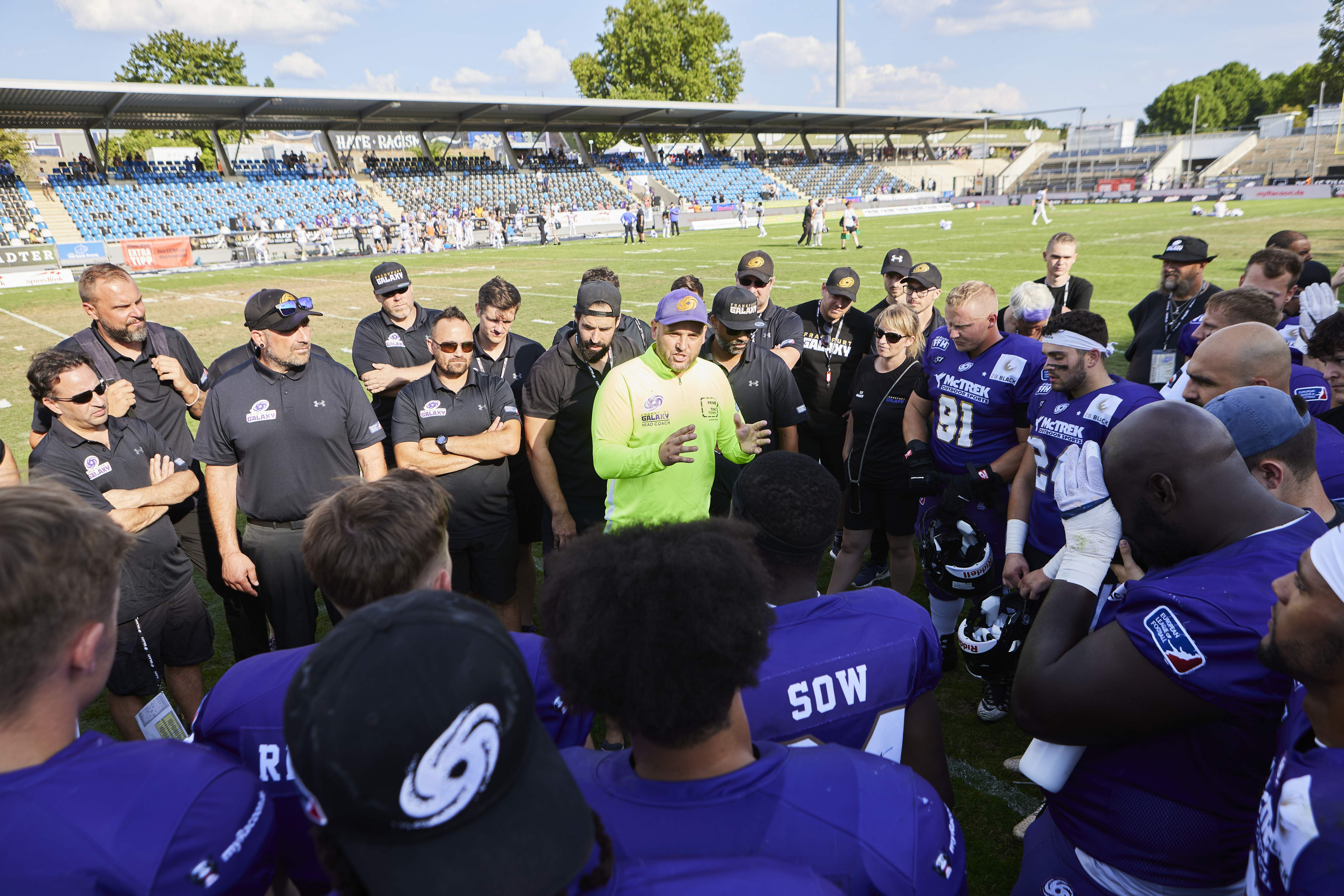 Thomas Kösling will be the leader of the purple ship in 2023. © Sarah Philipp

Thomas Kösling will accompany the players of the Frankfurt Galaxy as head coach also in the upcoming 2023 season. The Galaxy announced last Thursday before the Championship Game that they now extended the 39-year-old's coaching contract at the end of the season for another season of play next year. In the main profession police officer, the coach is already head coach of the Purple since the founding of the new Frankfurt Galaxy 2021 and had led them in the first year of the European League of Football to win the Championship Game in September 2021.

"Thomas Kösling stands for Frankfurt Galaxy like no other"

Thomas Kösling: "The great purple adventure continues for me, and I am very grateful for the opportunity to continue our successful path. We have learned a lot from the past season and are already setting the course for the coming year. In 2023, we're going all out and will give everything to bring another title to Frankfurt. Go Galaxy!"

‍
Christopher Knower, General Manager of Frankfurt Galaxy: "We are very pleased to have Coach Kösling continue on our sideline. Thomas Kösling stands for the Frankfurt Galaxy like no other. He has proven several times that he is one of the best coaches in Europe."