The Italien franchise Milano Seamen have found their quarterback for the upcoming European League of Football season. 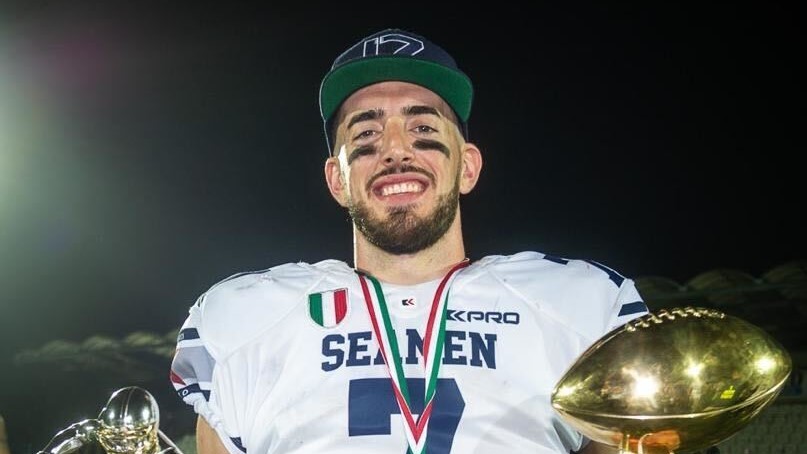 Luke Zahradka is the starting quarterback for the Milano Seamen in 2023. © Dario Fumagalli

The Milano Seamen announced that quarterback Luke Zahradka will take the starting quarterback job in Milan. Zahradka signed a contract for the 2023 European League of Football season. The 31-year-old signal caller has been in Europe since 2014, having already been to Italy, the Czech Republic and now, after five years with the Seamen, is expected to take on the role with the newly formed franchise.

As a veteran leader, the 1,97 m Italian-American is a quarterback who breathes the city like no other and shaped the face of Milano football with three national championships in five years. He is only the third quarterback to be locked in for the upcoming season, after Jadrian Clark signed with Rhein Fire last week and the Helvetic Guards signed RIchard Wartmann.

"Most difficult championship in Europe"

On his signing with the Seamen, Zahradka said: "It is a great opportunity to play the most difficult championship in Europe and I can't wait to start, even if now what counts is Sunday's match with the national team, at Vigorelli against the English. Of course, we always have the European League of Football adventure in mind, it is useless to hide it and it will be like this until June, when we take the field. Months to prepare ourselves with the aim of winning as much as possible: training in the gym, training on the pitch to improve speed, technique, power. We never forget that we are preparing to represent Italy and the whole movement of our country. We must be ready to face every match as if it were the last, away from home and especially at Vigorelli, a magnificent stadium that until now we have been able to use with great limitations for technical and administrative matters, but which will now become the focal point of Football and it will be for a long time. Each match will be a show not only on the pitch, but also in the stands and around the stadium, making us even more proud to be part of an organization like that of the Seamen."