The Paris Football Team has found its quarterback. With Zach Edwards, they find one of the best quarterbacks of the last two years in the European League of Football. 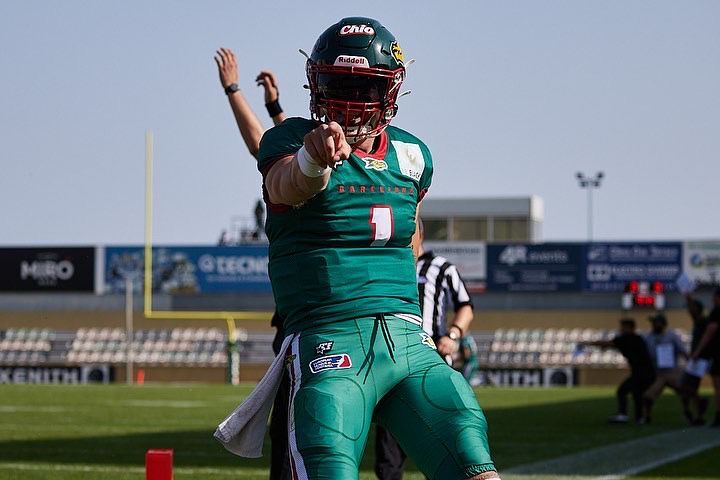 Zach Edwards was signed by the Paris Football Team in France. © Eric Ríbe

Quarterback Zach Edwards signs for the year 2023 with the Paris Football Team. The 24-year-old showcase athlete was both Offensive Player of the Year candidate and MVP candidate in the European League of Football last year, leading the league inpassing yards and passing touchdowns. In 2021 and 2022, he was signed by the Barcelona Dragons.

New and old friends on the football field

While Kyle Sweet was his "go-to" receiver last season and won Offensive Player of the Year with Edwards' help, Bertellin was instrumental in Edwards' first-year success. Edwards is considered one of the best signal callers in the league and has an offensive-minded coach in head coach Marc Mattioli by his side to help guide him further on his path to success.

Head coach Marc Mattioli: "We couldn't be more excited about adding Zach as our quarterback. Zach has proven himself as one of the top players in this league and I am very happy that he will be playing for Paris in 2023. His combination of arm talent and mobility is what makes him a great player on the field. But more importantly, it's his toughness, competitiveness, and leadership skills that make him who he is as a person.  That is what excites me most about adding him to our roster."