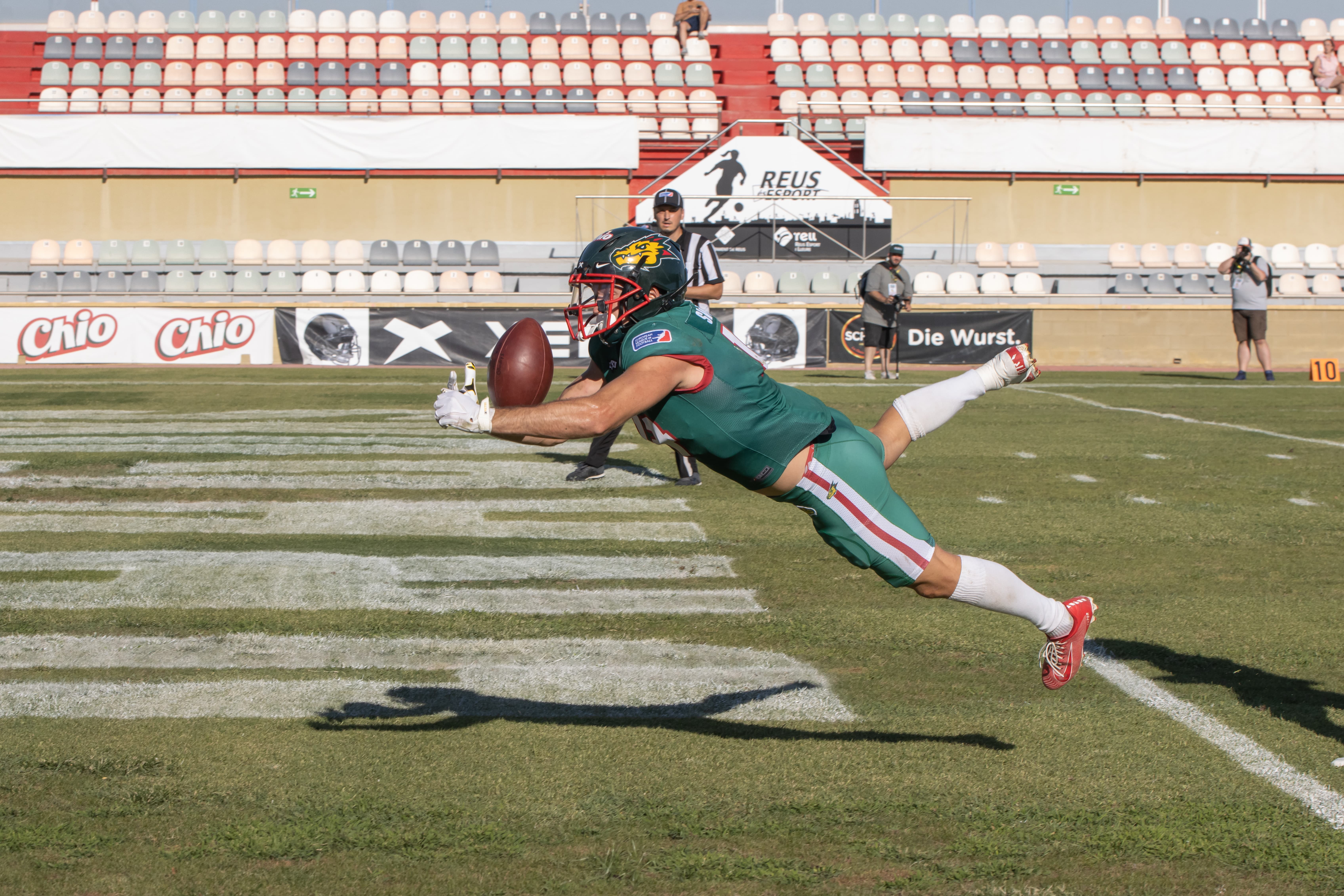 Kyle Sweet was a magician with the Barcelona Dragons. © Jordi Dols

Big signing to start the offseason! As the Paris Football Team announced on Monday, they have signed wide receiver Kyle Sweet. The 25-year-old US-American played for the Washington State Cougars before joining the Barcelona Dragons in the European League of Football. With the Dragons, he led the league in receptions, yards and touchdowns in 2022. Kyle Sweet showed his present in all of the Barcelona games, helping his fellow quarterback Zach Edwards to run a powerful and explosive offense.

In 12 games, Sweet had 1,561 yards, 17 touchdowns and 115 receptions, being the first player to achieve the triple-crown honor in European League of Football history. He received first team All-Star honors and had just under 400 yards more than his competitor Nathaniel Robitaille. General manager Marc-Angelo Soumah: "With the addition of Kyle, our passing game immediately becomes a force to be reckoned with! Sweet and the French players that we have at the receiver position constitute a strong foundation for a great offense!"

Paris got themselves one of the best free agents of the offseason.