The Paris Football Team is on its way to its first ever European League of Football season in 2023. 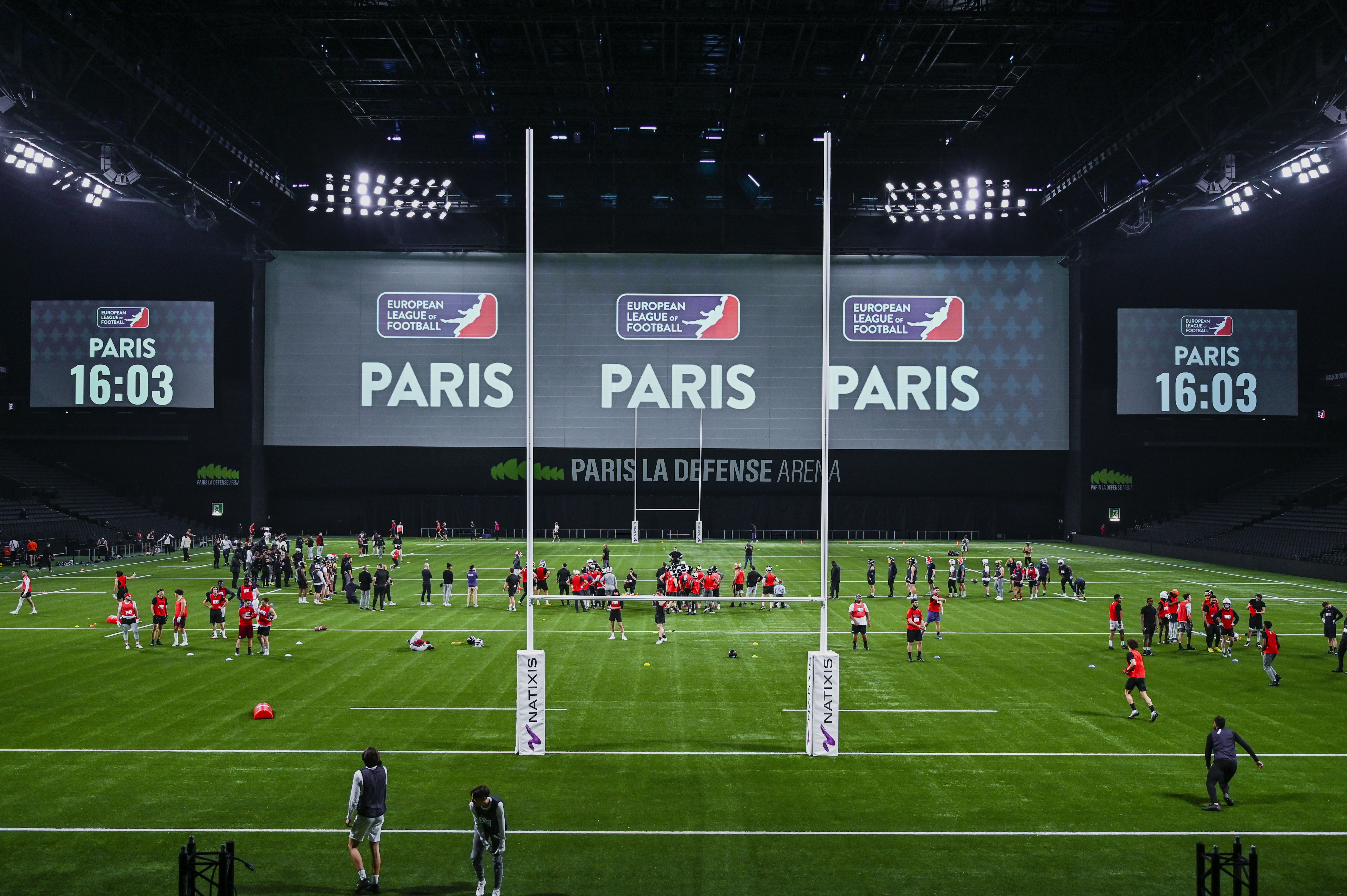 Paris Football Teams is ready for the 2023 season of the European League of Football. © Annie Shnaider

Seven players already signed, over 240 combine participants on the last weekend and plenty of athletes attending to observe. The Paris Football Team attracts the football scene of France and whole of Europe. A franchise that is soon to be expected to publish its name.

Having had their combine in one of the most prestigious rugby arenas in France, Paris La Défense Arena, the tone was already set. Players from all over Europe were invited to show their absolute best performance in front of the coaches. "My main focus has been putting together our roster for year 1. We want our roster to be talented, balanced, and deep at all positions. It is an indepth process which requires evaluation, relationship building, recruiting, and signing players," said head coach Marc Mattioli about the combine on November 20th.

Talented football player around the combine

Having already signed Kyle Sweet, Cheikhou Sow and Rémi Bertellin to their roster at receiver, the question remains: Who throws the ball? On that matter, the Paris Football team only invited French quarterbacks to their combine, including national team quarterback Léo Crémades. Marc Mattioli will have to figure out away how to feed his receivers. An American quarterback could be one answer, Crémades would be another.

"There are so many talented French players. We are looking for talented guys with character, toughness, and great energy and attitudes. Our tryout camp on November 20 was a major success. I was very impressed with the level of talent there and also the effort that everyone displayed. We will have a lot of difficult decisions to make moving forward in choosing guys to make up our roster because there are more players than we are able to take based on the rules of roster size. That is a good problem to have," Mattioli said about the tremendous attendance.

Off the field, the combine attracted loads of players and visitors. Players like Rayan Khefif, former Berlin Thunder, or Kevin Fortes, former Hamburg Sea Devils, were present. Fabian Kratz, former Offensive Lineman of the Cologne Centurions, already signed his contract with Paris. Others should follow.

Mattioli: "We are also making great progress with our American and European Import spots. I am really excited about the roster we are putting together and can't wait to continue to see it come together as we move forward."

A team that slowly but steady builds up pace. The Paris Football Team, under the leadership of Marc Mattioli, is on its way to their first European League of Football season.