The offseason is in full swing, with more than 15 players already switching their franchise in free agency. 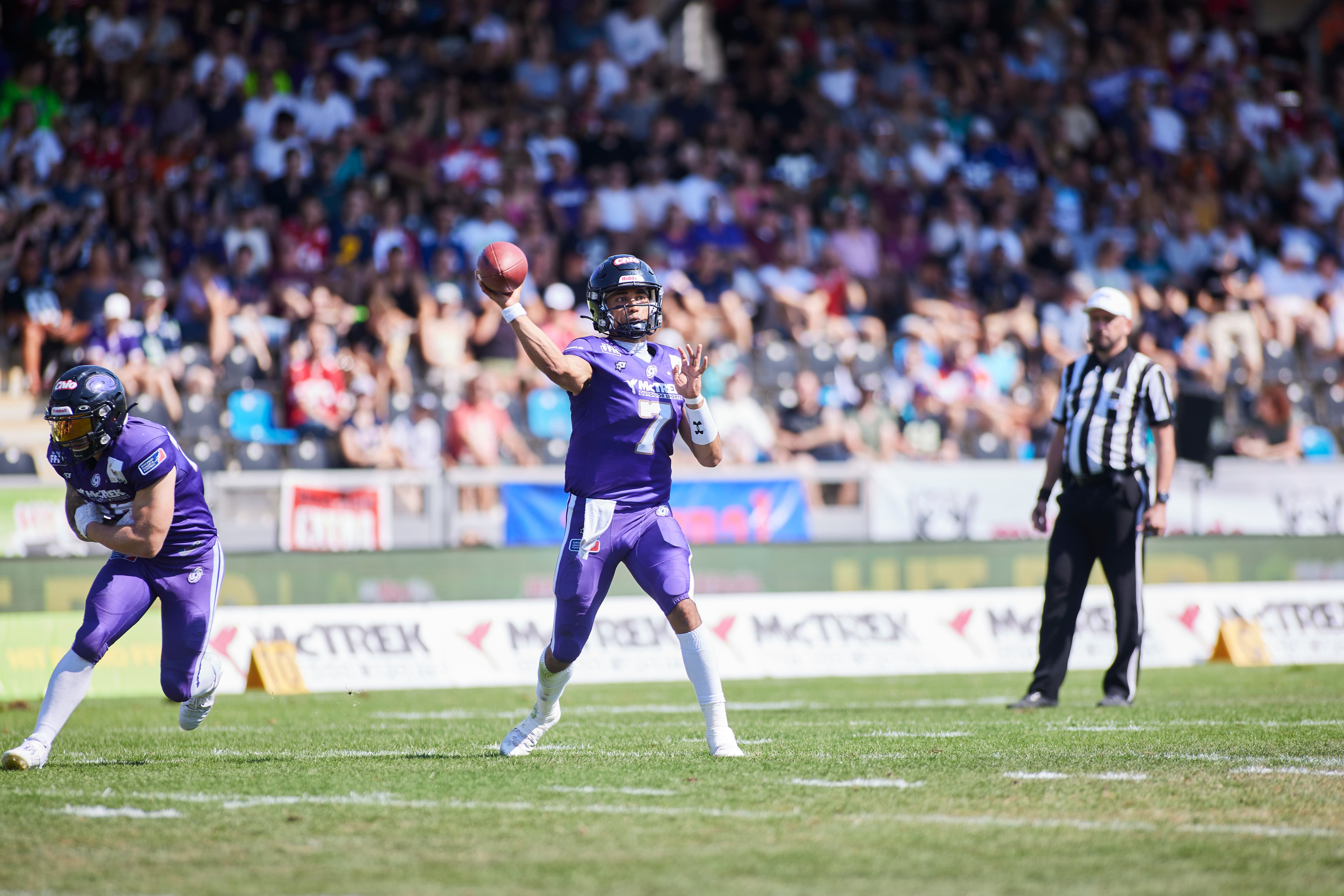 Jakeb Sullivan is back with the Frankfurt Galaxy for 2023. © Philipp Fritz

The European League of Football franchises are on their way to their third, some to their first season. Let’s have a look at the news around the league.

One of the 18 franchises for the 2023 season is the Fehérvár Enthroners. The Hungarian franchise will start as “Fehérvár Enthroners” and with that present the home of the legendary city to the outside. With Gabriel Cunningham, they already found their starting quarterback for the next year.

Another franchise already having signed their starting quarterback is Rhein Fire. Jadrian Clark will lead the Rhein Fire into their second season. On Sunday, they announced their first combine being held on December 12th.

"For the tryout, we have the best conditions here at the facility to test the players for our roster," sumed up Timur Beckmann, Rhein Fire Director of Player Personnel. "We can conduct all drills and tests in a professional setting and thus acquire the best possible knowledge about the athletes' performance level."

Meanwhile, the Hamburg Sea Devils will have their combine this Saturday. Over 150 players signed in, not everyone will get an invitation. Around 120 athletes are expected to compete from all over Europe. The Hamburg Sea Devils are looking for young players and solid athletes to replace and support veterans. Miguel Boock and Kasim Edebali already announced their retirement – is a rebuild coming?

Talent all over France

The Paris Football Team is hosting their combine on Sunday, November 20th.This combine could have the best performance level we have seen in a while. With Kyle Sweet, Jason Aguemon and Cheikhou Sow, they already announced bigsignings for their offense.

Second combine for the Seamen and Invitational for the Kings

In Milano, the Seamen already hosted their second combine in one month. In the Velodrome, the conditions were perfect for players showing their skills on November 12th. For the Leipzig Kings, an Invitational Combine should seal the deal of forming a solid roster. On December 3rd, the Kings are inviting the best prospects from the region.

With the NFL was casting its shadow into Germany last Sunday for the Munich game, the Munich Ravens showed presence all over the city. Football players, advertisement, and other promotional items showed that Munich has more football to offer. But with Darius Robinson and several other players being signed, the athletic future seems like priority number one.

Stuttgart Surge on a comeback tour?

Next weekend, on November 2nd exactly, the Stuttgart Surge will have their first combine next to the GAZi stadium in Stuttgart. With a new coaching staff and refurbished front office, the Swabians want to turn their franchise around. Let’s keep an eye on that – knowing they already signed Louis Geyer, Yannick Mayr and others back to the team.

Frankfurt Galaxy – 150 km north of Stuttgart – on the other hand have already went through a quick transition last year. With the re-signing of Jakeb Sullivan on Thursday, they got their key-piece back to attack just from the start. The Offensive Player of the Year and Championship Game MVP 2021 was one of the best quarterbacks last season.

Last year’s contestant of the Galaxy, the Raiders, are slowly but steady signing key players back to the team. Vincent Müller, one of the best homegrown defensive backs in the league, was announced, as well as defensive end Nicolas Melcher. Head coach Kevin Herron: "I am pleased that Vincent Müller is still on board. I hold him in high regard as a player and a person. Vincent is a leader and a great player. With the motivation he has started the offseason with, I look forward to seeing him in action."

The European League of Football offseason has just begun.