Jadrian Clark was one of the best quarterbacks in the last season of the European League of Football. Now he re-signs with the franchise Rhein Fire. 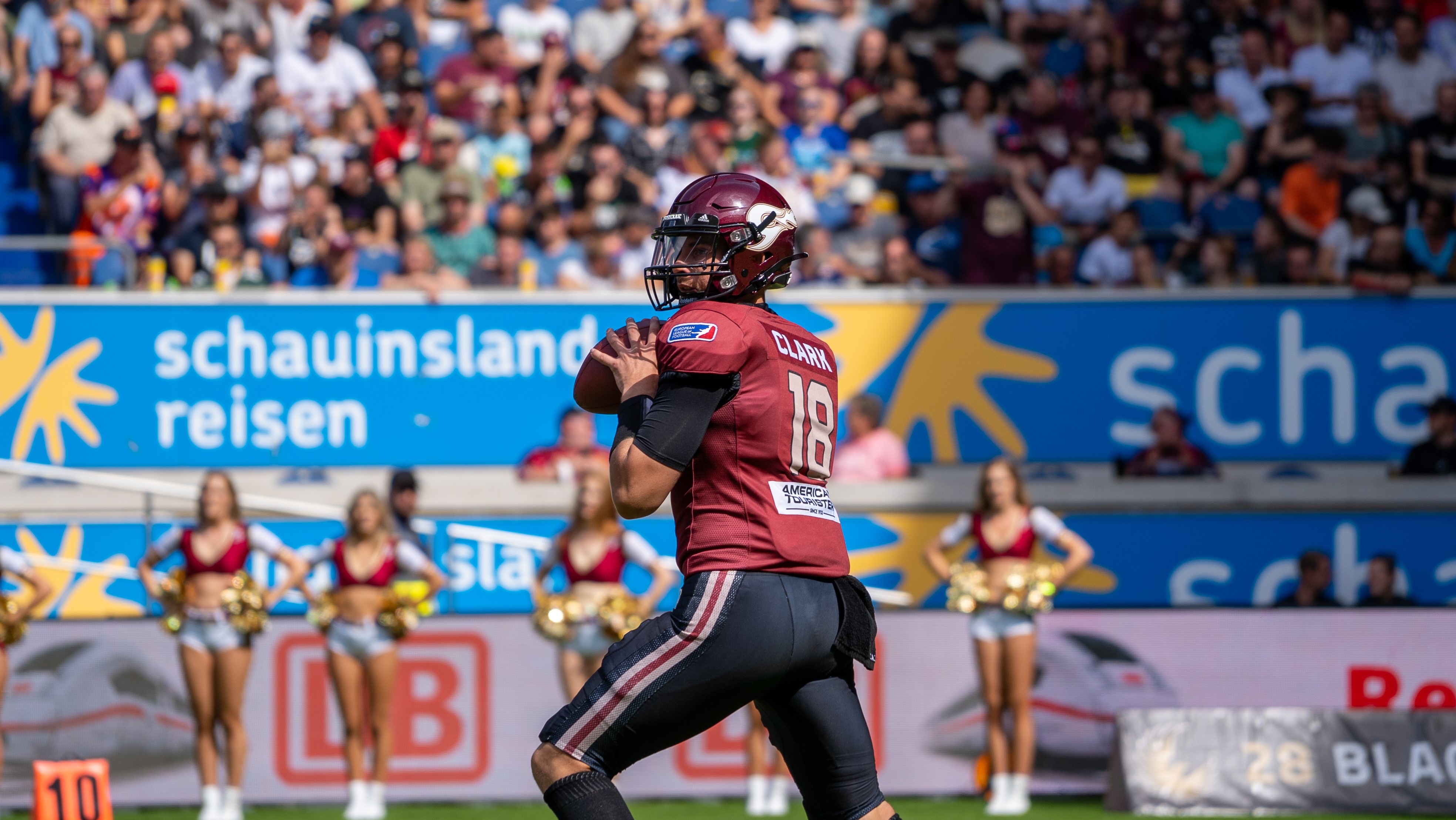 Jadrian Clark will dress in Rhein Fire-red for another year. © Justin Derondeau

Unsurprisingly, Rhein Fire has announced the extension of quarterback Jadrian Clark for the upcoming season of the European League of Football. The 28-year-old quarterback thus returns to the best European American football league for the third year. With 3.8 touchdowns and over 350 yards per game and a passer rating of 130.1, Clark was statistically the best quarterback in 2022.

Jadrian Clark: "I am grateful to have re-signed"

In just six games, he threw 23 touchdowns with only five interceptions. A week ago, Rhein Fire co-owner Martin Wagner said on Twitter: "Rhein Fire has already found its QB last year. And we won't give him away again. Period." Both parties have now finalised the contract. His commitment also means the end for quarterback Matt Adam, who had been replaced by Clark as starting quarterback after the seventh game.

Jadrian Clark about his signing: "I am grateful to have re-signed with Rhein Fire. The entire organization has done an incredible job in year one to create something special. They are working hard right now to make next season even better. I can't wait to play in front of the best fan base in Europe again. Go Fire!"

Can Clark win a European League of Football Championship?

In 2021, Jadrian Clark led his former Hamburg Sea Devils onto the field. With 15 touchdowns and 10 interceptions, he was widely criticized. However, took his team to the Championship Game in Düsseldorf, where the Sea Devils faced Frankfurt Galaxy and lost. With two rushing touchdowns, one passing touchdown, one interception and 351 yards through the air, Clark was one of the main reasons the Sea Devils could keep up. Additionally, Jadrian Clark turned in a similarly strong performance as his opponent, Jakeb Sullivan. In 2022, Clark won against Sullivan and the Galaxy. It's a duel fans can likely look forward to again in 2023 should Sullivan stay in Frankfurt as well.

Rhein Fire head coach Jim Tomsula: "I am very happy that we were able to re-sign Jadrian Clark, probably the most sought-after quarterback in the European League of Football. He already showed last season that he can lead the team when he joined us in the middle of the season. Now we have him with us from the start, which will give the whole team another boost. Jadrian has outstanding skills and we are convinced that he will not only steer the games for Rhein Fire next season, but will stay with us for the longer term because of his conviction."