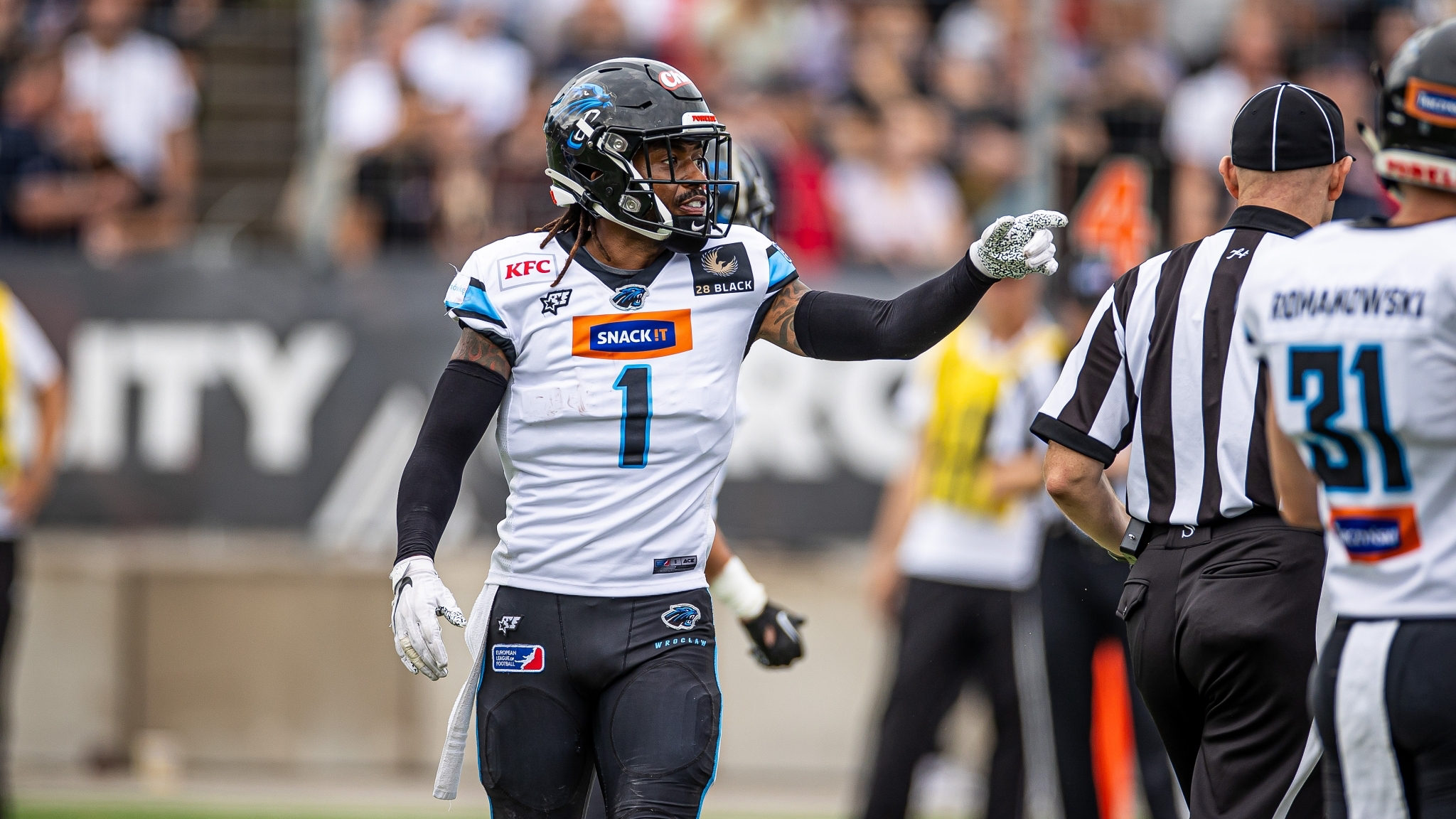 Cornerback Darius Robinson playing for the Panthers in 2022. © Lukasz Skwiot

Robinson himself had a stellar career at Clemson before he signed with the Buffalo Bills in the NFL as a college free agent. From 2021 on, the American defender has played for the Wroclaw Panthers in the European League of Football as a cornerback and a return specialist.

In his two years of playing at the highest level of football in Europe, Robinson recorded 59 total tackles, two interceptions that were both returned for a touchdown, two forced fumbles and eleven pass breakups.

Franchise player for the Ravens

Ravens head coach John Shoop express his excitement of Robinson joining his team, via the team's press release. "Darius Robinson does so many things right on the football field. As a defender, he can play man and zone coverage. Additionally, he is very physical against the run. He also has great ability to return punts and kicks."

Robinson himself is excited for his new chapter, as he announced via the team's press statement. "I am thankful for having the opportunity to play for the Munich Ravens in 2023! Munich is a great city with a lot of football tradition."