Rams RB Johnson-Fisher: “I’m looking forward to being able to show [...] the league what I can do on that field.” 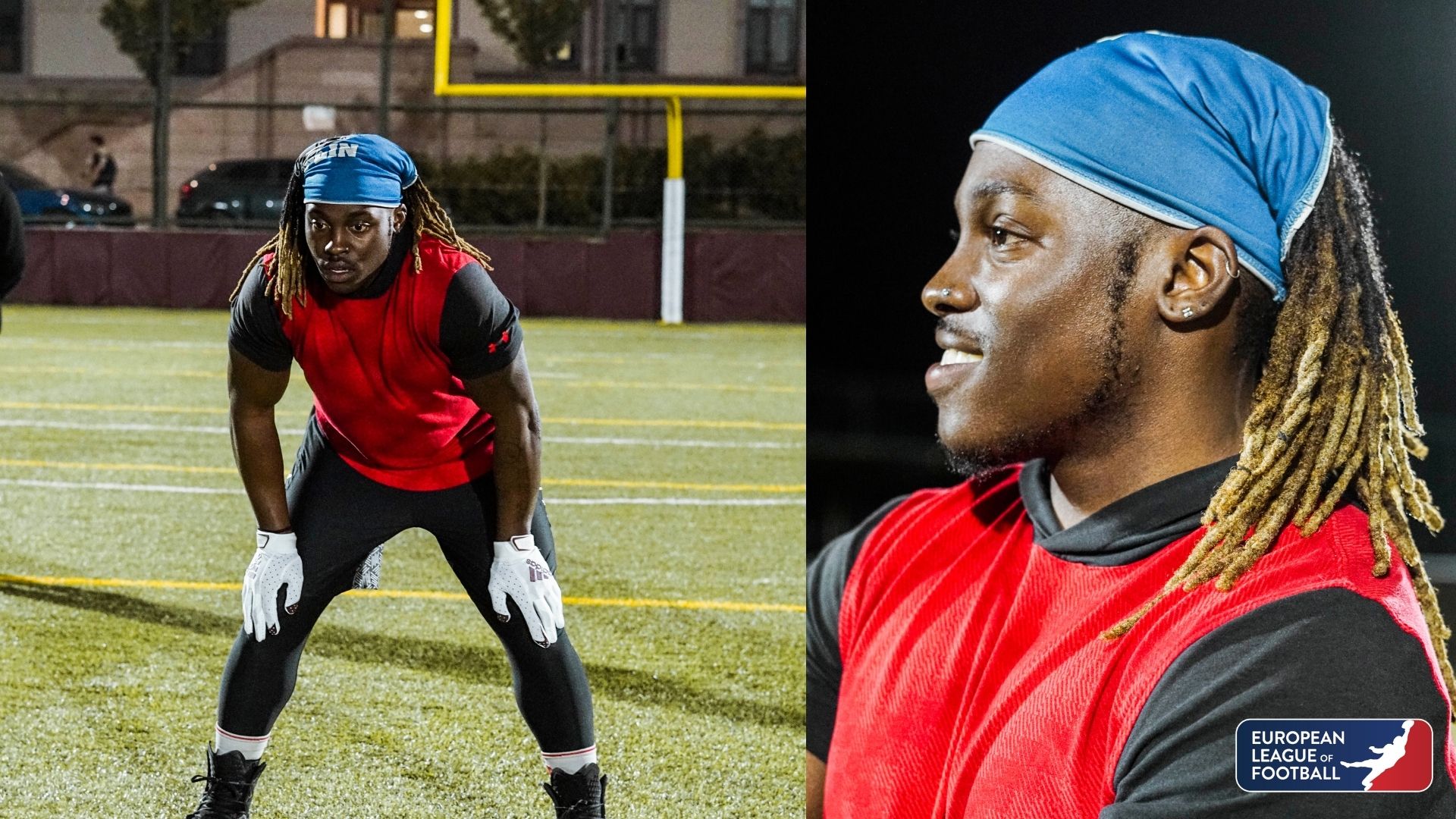 Fast, strong, and shifty. A combination that a lot of running back coaches and offensive coordinators look for.

British running back Tyrese Johnson-Fisher is all the above and more. With his 99kg and 178cm the halfback typically wears out opposing defenses with his relentless running style.

A true three-down back

“I most definitely am a three-down back,” Johnson-Fisher commented. “And now that I have just football to focus on rather than studying and every other stress as a D1 or JuCo athlete, my game has improved already.”

In 2017, the former professional rugby player was the first non-American player to be invited to the All-American Game for high school prospects in the United States. Now, the British running back is set to play his first year in the European League of Football with the Rams.

“This is an opportunity that I’ve been working for my entire life as everything in my career has led right to where I am now - just make sure you tune in and don’t be surprised,” Fisher added to his statement.

Istanbul Rams – a force to be reckoned with?

The Istanbul Rams are one of four new franchises in the European League of Football this year.

Being a new franchise on the highest level of American football in Europe might give you some disadvantages. But keeping in mind that no one outside of the Rams facilities really knows the new team and what they will bring to the table could be a great advantage at the start of the season!

In an interview, Rams head coach and general manager Val Gunn commented on the progress his team has made in practice so far. “We’re getting better every day. The players have a grasp of the playbook and how we structure our practices”, Gunn stated. “It’s a complete method, not just the physical aspects of being on the field.”

Johnson-Fisher also weighed on the progress the Rams have made over the last few weeks. “There is definitely a real buzz amongst the team as everyone is extremely excited for what’s to come,” Johnson-Fisher said. “The Turkish players are great to play with as they are extremely disciplined as well as hungry for this opportunity - playing with players that just want to win is always a blessing.”

The British running back seemingly has to share the backfield with American playmaker Jalen Conwell who was signed by the Rams as well.

“Jalen [Conwell] and I get on well and want the very best for each other,“ Johnson Fisher commented. ”Every practice session we help to make each other better and learn from both of our mistakes.”

When asked about his two running backs, head coach Gunn did not want to give too much away before the start of the season. “We won’t give away too much on Jalen [Conwell] and Tyrese [Johnson-Fisher]. But both will get plenty of touches in the game.”

At the end, Johnson-Fisher is all about winning games and showing that he is a running back the Rams can rely on. “Right now, it’s just about taking every game at a time and being 1-0 every week,“ Johnson-Fisher commented. “Throughout my football career, I’ve felt as if I’ve never been able to show what I can do for a team. This first week, I’m looking forward to being able to show this team and the league what I can do on that field.“

More news around the Rams here!