The Swiss franchise Helvetic Guards got themselves a gem for the upcoming season. 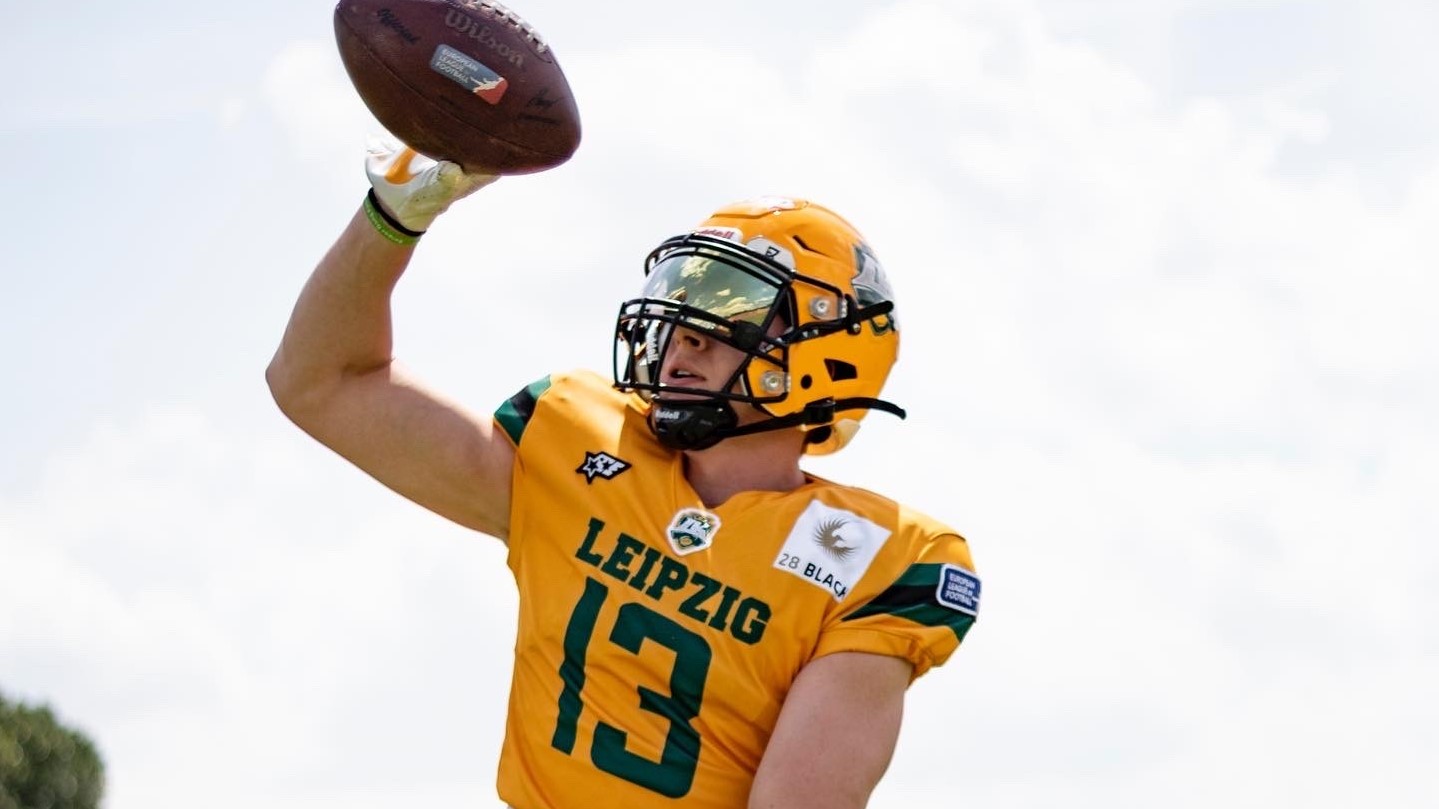 Anton Jallai will not dress up in yellow and green next season. © Simon Braun

As the Helvetic Guards announced on Sunday, wide receiver Anton Jallai signed a deal forthe upcoming European League of Football season. The Swedish wideout is a tall target who is able to make plays all year for the Swiss franchise. At 1,91 m and 96 kg, Jallai earned the Offensive Rookie of the Year honor last year with the Leipzig Kings – who not re-signed the standout.

Previously, Jallai played for the Solna Chiefs in Sweden, the IMG Academy in the US and AIK Football as well as Stockholm Mean Machines while only being 21 years old.

Thus, the Guards have signed 19 players already, being the frontrunner in player signings this offseason. Next to him, players like Gregorio Calonego, Cayman Bailey Jr., Pascal Rüegg, Timo Hager, and David Marty could all form a solid receiving corps to support the quarterback. And Pandora's box is not opened yet.