NFL Connections – Defensive Linemen in the European League of Football

Plenty of European League of Football players have been on NFL rosters. This week, we will focus on the defensive linemen, that made it to the big league. 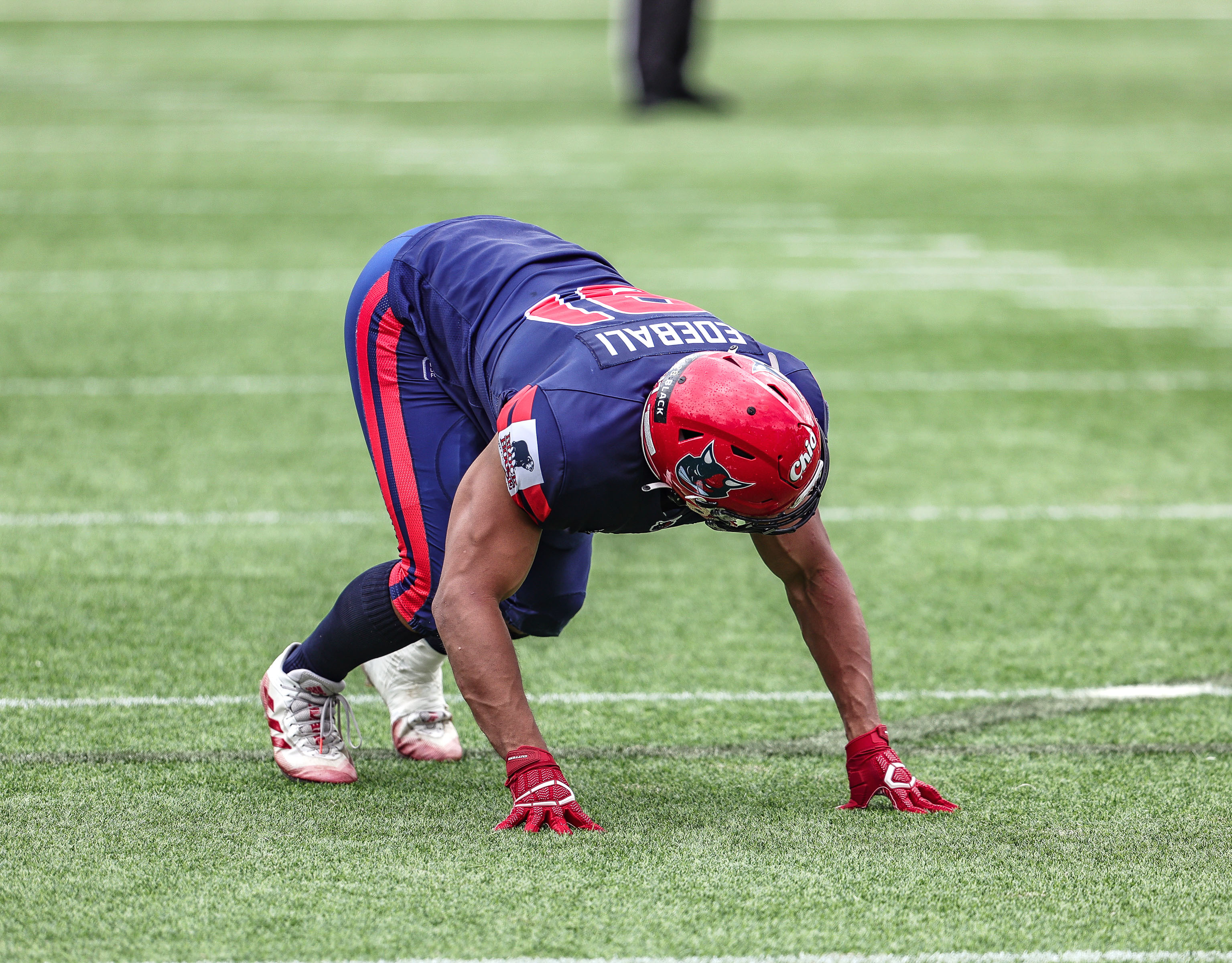 The European League of Football is full of talented players, having played in the National Football League. As every week, we will focus on one group making the leap into the biggest football league on the planet before going to the best leage in Europe.

Michael Sam took the college football world by storm in 2013, when he was one of the leaders of a Missouri Tigers team that won the Cotton Bowl that year. Sam amassed 47 total tackles, 18 tackles for loss and 10 sacks, earning him a First-Team All-SEC and a unanimous All-American nomination along with the SEC Defensive Player of the Year award.

Despite his outstanding college performance, Sam dropped to the seventh round of the 2014 NFL Draft, where he was selected by the St. Louis Rams. After his release, he signed with the Dallas Cowboys and the Montreal Alouettes in the CFL, before stepping away from professional football in 2015.

In 2022 Michael Sam signed with the Barcelona Dragons as a coach, before stepping in after the retirement of linebacker Max Nacewicz. Almost seven years after his last appearance in a professional football game, Michael Sam made his return to the gridiron with a bang. With 34 tackles, 10 tackles for loss and 9 sacks, the American was one of the most dominant edge rushers in the league, earning him a second-team All-Star selection.

Ricky Tjong-A-Tjoe is another European talent that made his way to the big league. Born and raised in the Netherlands, Tjong-A-Tjoe showed early promise playing football. In 2008, the talented Dutchman left to play high school football in the US.

After a successful year that got him selected to the All-Conference and All-State first team, the defensive end stayed in state and committed to the Boise State Broncos.

The defensive end redshirted his freshman season but played well after that, ending his college career with 128 tackles, 18 tackles for loss and eight sacks and with a All-Conference honorable mention and First-team.

In 2014, Tjong-A-Tjoe signed with the San Diego Chargers but tore his ACL in the preseason, ending his NFL career.

This season, the Dutchman made his return to football, playing for the Rhein Fire in the European League of Football.

Kasim Edebali was an outstanding young prospect from Hamburg, when he first made the move to the US. At age 18, Edebali moved to New Hampshire where he pursued his dreams of playing football at Kimball Union Academy. As a three-star recruit, Edebali committed to play for the Boston College in the ACC.

In his 49 games for the Eagles, the German defensive end recorded 166 tackles, 24.5 tackles for loss and 11 sacks, along with four forced fumbles and three fumble recoveries. Despite his strong senior year, in which he earned a Third-Team All-ACC honors and was a co-captain on his team, Edebali was not selected in the 2014 NFL Draft.

After playing with the Saints for three seasons, the defensive end would go on to sign with the Denver Broncos, Detroit Lions, LA Rams, Chicago Bears, Cincinnati Bengals, Philadelphia Eagles and Oakland Raiders, while also signing for a second stint with the Saints. During his NFL career, Edebali played in 62 games, recording 55 total tackles and eight sacks, making him the German All-Time sack-leader.

In 2021, the Hamburg native joined his hometown Sea Devils. In his two seasons for the Sea Devils, Edebali amassed 68 tackles, 15.5 tackles for loss and 14.5 sacks in 16 games, including two championship game appearances and a second-team All-Star selection.

European American football has seen some talented players leave for the US over the past years. One of them was Thomas Schaffer. The Austrian defensive lineman left his hometown to play at the high school level at age 16.

In his three years at Lake Forest High School, Schaffer was selected to the all-conference team every single year. The three-star recruit garnered plenty of interest from various Division I FBS teams, but ultimately decided to play at Stanford.

During his Cardinals career, the 2,01 m tall and 136 kg heavy defensive liner recorded 38 tackles, ten tackles for loss and five sacks and was an All-Pac-12 honorable mention in 2020.

After not getting selected during the 2021 NFL Draft, the Austrian got signed by the Chicago Bears as an undrafted free agent.

Schaffer signed with the Tirol Raiders after week nine of the 2022 European League of Football season. In only four regular season games, Schaffer had nine tackles, four tackles for loss and a fumble recovery for the Raiders, reaching the semi-final.