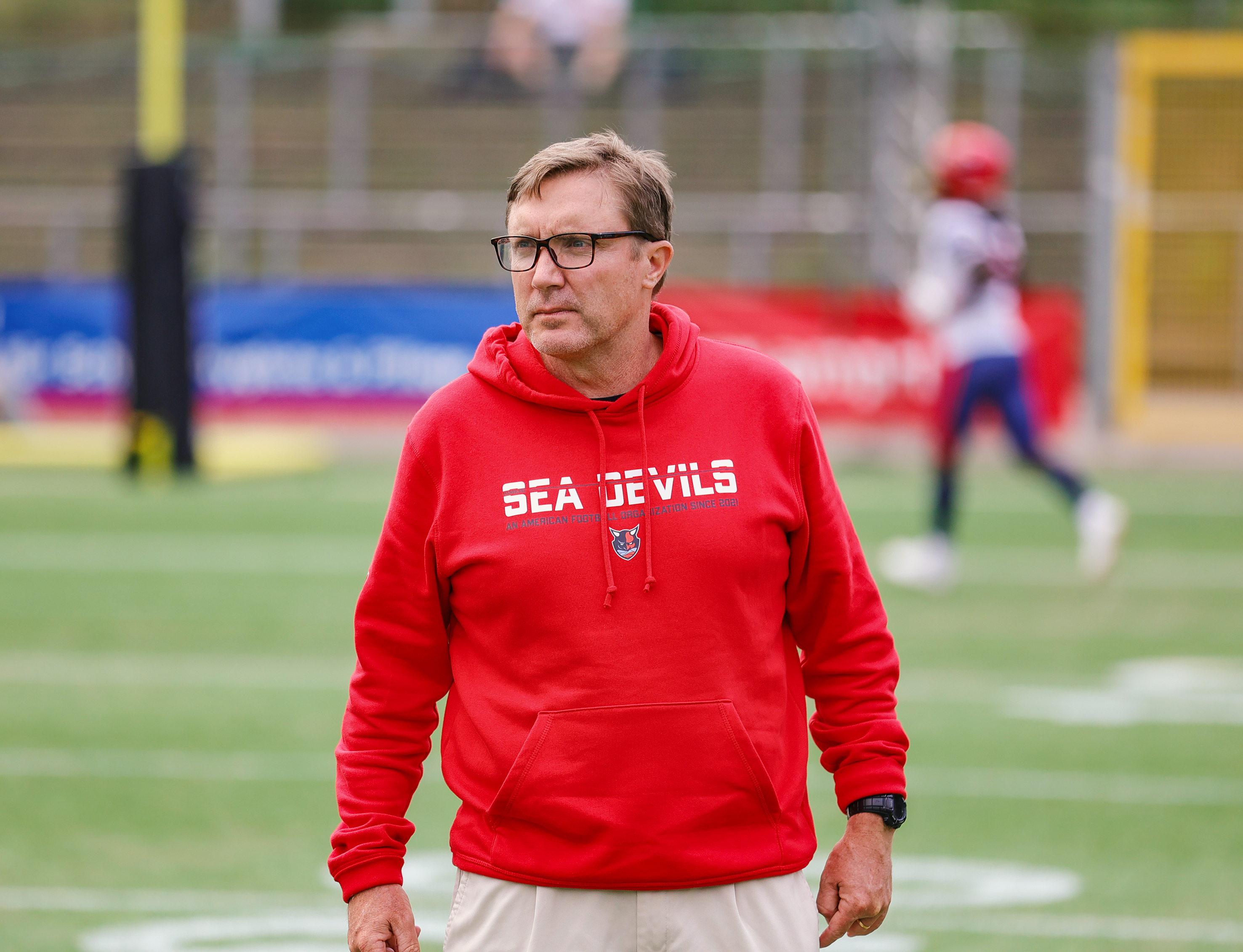 After signing reigning European League of Football MVP Sean Shelton as their Director of Sports Operations, the Munich franchise added another highly regarded persona to their team.

John Shoop, who worked in an assisting role for the Hamburg Sea Devils in 2022, will lead the Ravens into their 2023 debut season. Being only 53 years old, the American coach offers over 10 years of NFL and 12 years of NCAA experience. The Pennsylvania native served four years on the Carolina Panthers coaching staff, before joining the Bears, where he became the then youngest offensive coordinator at the age of 31. After stints with the Buccaneers and Raiders, Shoop coached for North Carolina and Purdue at the collegiate level.

Shoop is more than happy about his engagement with the Ravens: “It is an honor and a privilege to be the head coach of the Munich Ravens. I am looking forward to building an outstanding coaching staff and roster under the guidance of a great owner team. With my move to Munich, I unite both things I love: Football and Europe. I am looking forwards to lead the construction of a team, of which Bavaria can be proud of.”

Ravens general manager Sebastian Stolz has high praise for his coach: “John Shoop is not only bringing an unbelievable amount of experience from the best football league in the world, but he also has an outstanding sense for talents and knows how to form a team. We are happy to have won a coach of his caliber for the Ravens.”