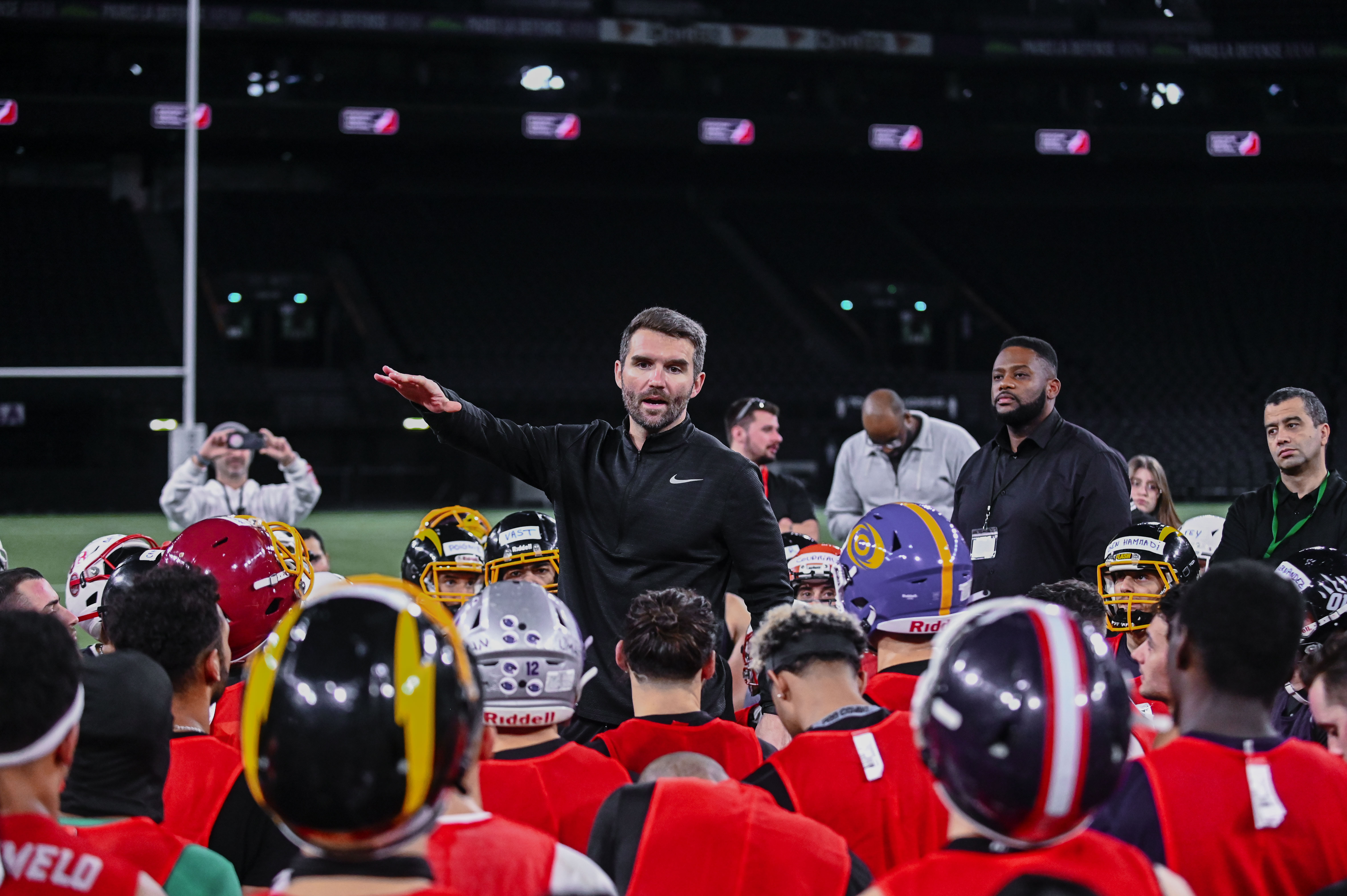 The Paris Football Team will have a lot of hype around them. Too much hype?© Annie Shnaider

Donovan Isom might not be what the Thunder needed

The Berlin Thunder have found their new quarterback in former Berlin Rebels signal caller Donovan Isom. Standing at 1,94 meters in height and weighing in at 118 kilograms while having tremendous arm strength, the American is reminiscent of former LSU Tigers and Oakland Raiders quarterback JaMarcus Russel.

While Russel was arguably the biggest draft bust in NFL history, I don’t believe Isom will totally fail in the European League of Football. Having outstanding arm strength and being unstoppable in goal line situations due to defensive line player frame, does not hurt, but I just don’t think he might be the right fit for the Berlin.

Having the perhaps best wide receiver group in the league, a more accurate and more elusive quarterback that can escape high-pressure situations like Zach Edwards would have been a better fit for the Thunder.

Collin Hill might be the best quarterback in the league

When quarterback guru Norm Chow was announced as head coach of the Helvetic Guards, expectations were high for who will be his quarterback. After coaching signal callers like Steve Young, Philip Rivers, Carson Palmer and Matt Leinart, Collin Hill will be the next one in line.

Hill was a three-star quarterback out of high school and committed to the Colorado State Rams, where he showed promise early on, starting four games as a true freshman before suffering a season-ending knee injury. Despite having a total of three ACL injuries during his career, Hill always fought back to become the starter on the highest level on college football.

After an unsuccessful tryout with the Cincinnati Bengals, Hill will now join forces with Norm Chow. Having developed multiple quarterbacks into Heisman Trophy winners, Chow has found a very talented apprentice with a strong arm, good accuracy and great pocket presence that could very well evolve into the best quarterback in the European League of Football.

Paris could crumble under the expectations and not win the title

After signing European League of Football all-time passing leader Zach Edwards, the Paris football team looks more than prepared to make a deep run into the playoffs. According to many, the title is theirs to lose. While I agree that the French team has a tremendous amount of talent on their roster and have a big chance of making it to Duisburg on September 24th, I feel like they are going to fall short in the big game.

With high praise comes high expectations, and Paris would not be the first team to crumble under the pressure or get carried away by their hype. While I think that Marc Mattioli is am extremely talented coach, his inexperience in comparison to his colleagues due to his young age might prevent him from getting his players back down to earth when their hype is skyrocketing.