What the Norm Chow signing means for the Helvetic Guards

The Helvetic Guards will make their European League of Football debut in 2023. With a coach like Norm Chow, the Swiss franchise is more than prepared to compete right away. And here is why. 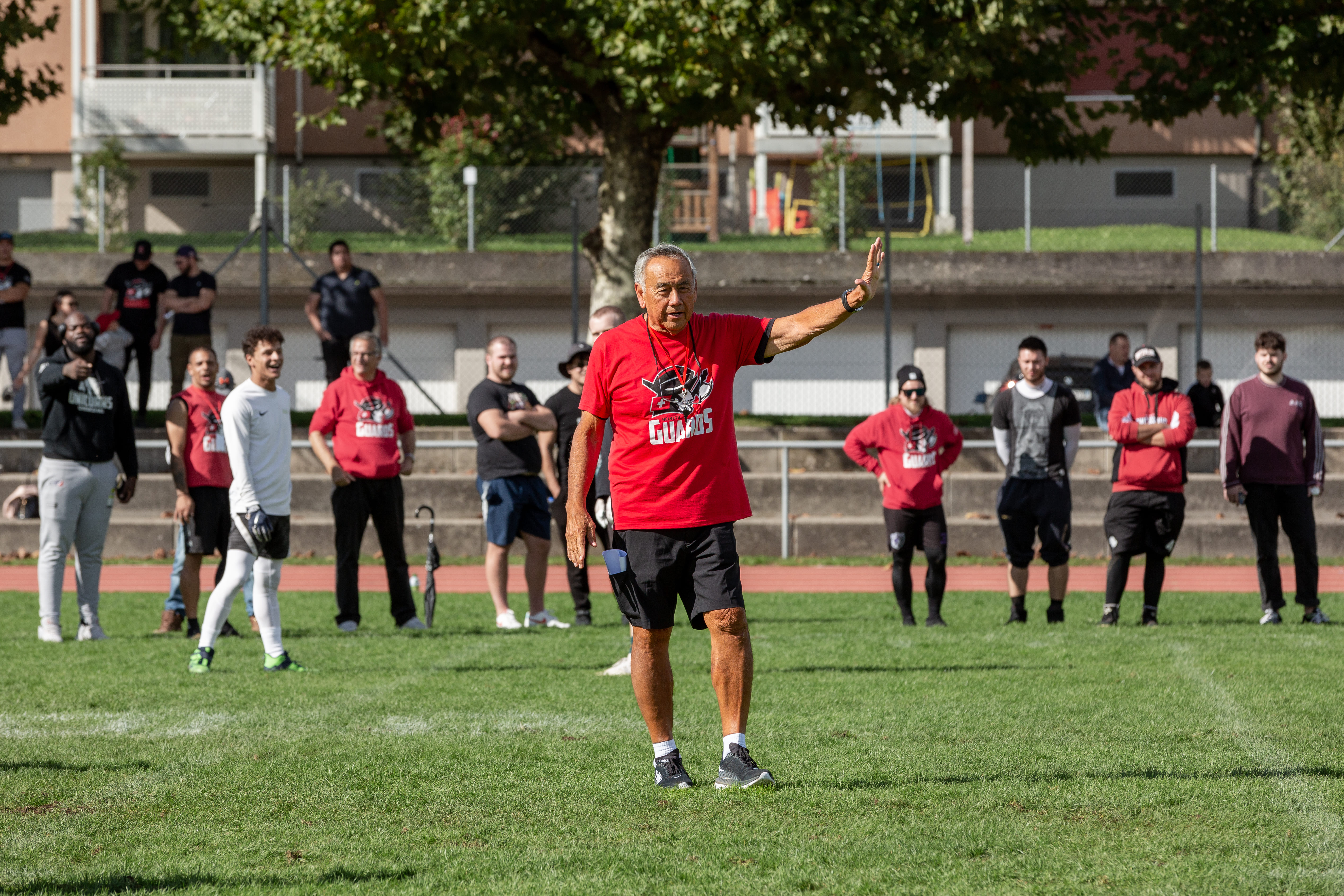 Norm Chow will lead the Helvetic Guards in their inaugural season. ©Rico Doninelli

Although many might be skeptical about the endurance of Chow, who turned 76 in May, his age comes with decades of experience. The Hawaiian started coaching in 1970. With half a century of coaching under his belt, Chow began coaching before any European League of Football player was even born.

Coaching at schools like BYU, NC State, USC, UCLA, Utah, and Hawaii, in addition to being the Tennessee Titans offensive coordinator, shows the reputation Norm Chow has around football in the US.

In his many years of coaching, Chow proofed one thing over and over again. He is a quarterback whisperer. Remember NFL Hall of Famer Steve Young? Chow was his play caller when Young set the NCAA single-season records for completion percentage and yards per game at BYU, and came in second at the 1983 Heisman vote.

In 1984 BYU won the national championship with Chow’s quarterback Robbie Bosco ranking second in the nation in passing yards and third in the Heisman vote.

During the 1990 season, Ty Detmer became the first but not last quarterback to win the Heisman Trophy under Chow.

After leaving BYU, Chow was the offensive coordinator for NC State in 2000. His quarterback, a freshman called Philip Rivers broke several school records and won the ACC Freshman of the Year award. Thinking that Rivers was a highly touted prospect at the time could not be further from the truth. The now retired Chargers all-time great was only a two-star-recruit coming out of high school.

Just one year later, Chow became the offensive coordinator on Pete Carroll’s staff at USC. With Chow coaching the offense, Carson Palmer evolved into the best college quarterback in the country, breaking the USC record for most completions, passing yards and touchdowns along with winning the Heisman Trophy in 2002.

With Matt Leinart taking over for Palmer, who was the first overall pick in the 2003 NFL Draft, Chowproved once again that he can take quarterbacks to the next level. Leinart led one of the best offenses in football on route to winning two consecutive national championships, while winning the 2004 Heisman Trophy.

Although Norm Chow’s resume is already impressing on its own, it’s his staff that is taking things to the next level. Five out of the six coaches announced have coached in the NFL.

The probably most renowned name on Chow’s staff is Otis Smith. Smith, a 14-year NFL veteran, was a starting cornerback for the New England Patriots in two Super Bowls. He intercepted a pass by Kurt Warner in Super Bowl XXXVI, that eventually led to the Patriots defeating the Rams and their “Greatest Show on Turf” offense.

In total, the Helvetic Guards coaching staff has coached a combined 65 years in the NFL and 69 years on the highest level of NCAA football. Their 134 years of expertise are unmatched around the European League of Football and make you wonder whether there will be even more coaches with that kind of experiences at the vacant positions on the staff.

It is certain that the Guards’ coaching staff will attract Swiss players, as you can already see by the signing of national team defensive end Dominik Liechti. Will other Swiss European League of Football standouts like Tim Hänni, Lukas Rouss or Basil Weber return to represent their countries’ franchise?