On November 6th, numerous athletes from 13 different countries were present in Vienna, Austria, to showcase their overall athleticism and talent to be part of the best American football league in Europe. 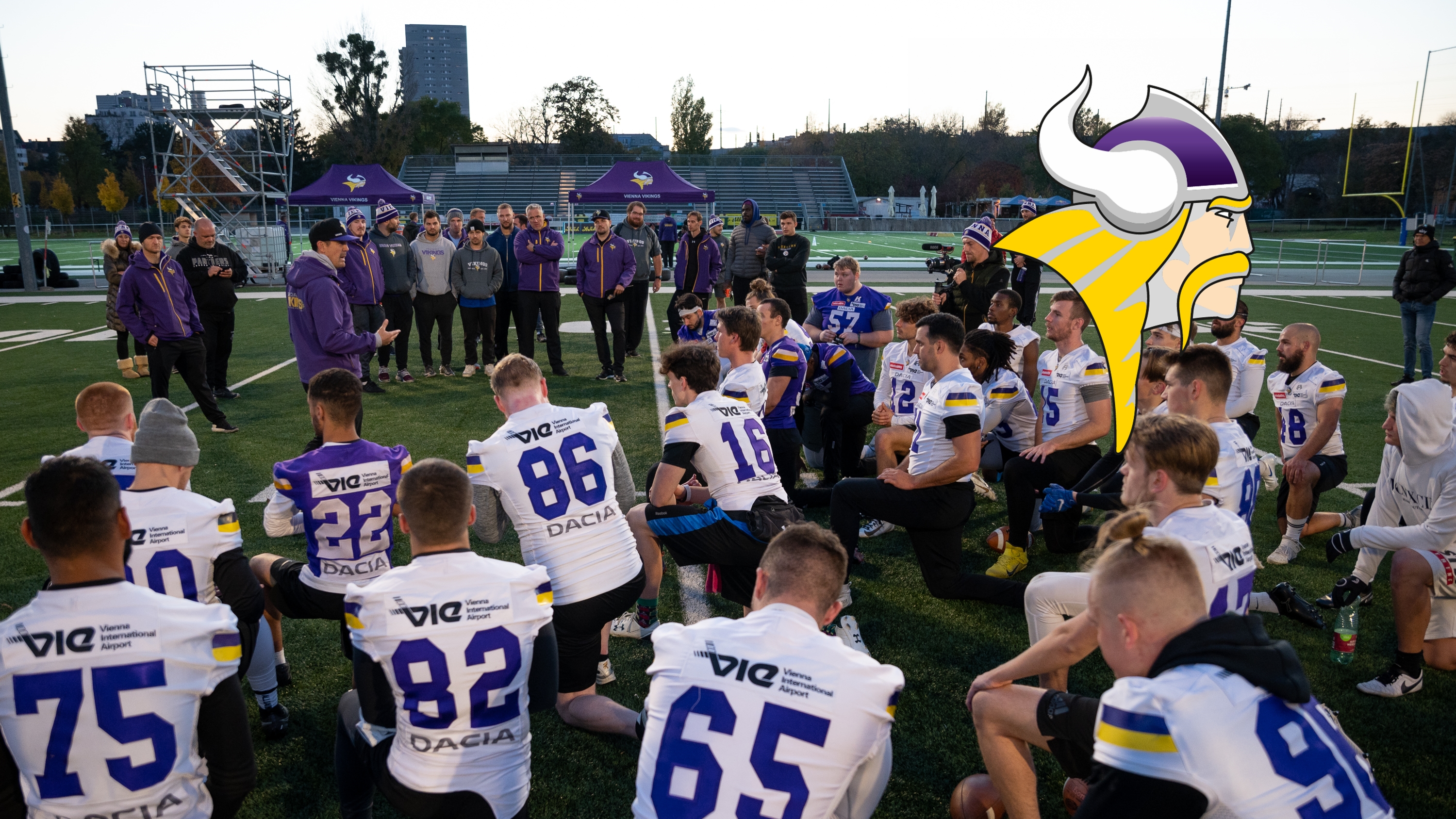 MORE ABOUT THE VIENNA VIKINGS HERE!

The Vienna Vikings announced that they were pleased with the combine and the overall number of athletes who came to Austria from all over the world.

“We are overwhelmed by the sheer interest of all players who want to play for our franchise and in the European League of Football in 2022. Especially the number of athletes from all over Europe and from across the world was unbelievable. […] This speaks for the Vienna Vikings football program but for the attraction and significance of the European League of Football as well. And last but not least, it speaks for our beautiful city Vienna!”

The overall level of athleticism was astounding, according to the Vikings franchise. Most players were part of quality leagues around Europe and some even played in the inaugural season of the European League of Football.

“A dozen players caught the eye of our coaches immediately”, the Vienna franchise commented. The Vikings seriously consider signing six of those twelve athletes who caught the attention of the coaches, according to the Austrian franchise. On top of that, some early talks with athletes already took place and will continue to intensify over the next couple of days, as the franchise reported.

In addition to all the athletes who travelled to Vienna for the combine, 25 players within the Vikings organization were present, watching potential future teammates participating in the combine. These 25 longtime Vikings will be signed by the franchise to play in the European League of Football in 2022.

Vienna Vikings head coach Chris Calaycay thanked all athletes for attending the combine at the end of the event: „I want to thank each and every one of you guys for participating in our combine. I observed you the entire day, and I saw the passion and love you have for the game. You gave your all on the field and in the gym to impress us. We highly appreciate that. I saw some ballers out there today. That was awesome. We hope that you had a great day with us, because today’s combine was truly special and historic for us as well.”

The next steps for the Vikings will be to evaluate all test results and watch the film of yesterdays combine. Vikings head coach Calaycay, strength and conditioning coach Christoph Putz, and the entire coaching staff will work on yesterday’s results, as the Vikings reported.