The German tight end stays in Berlin for 2023! 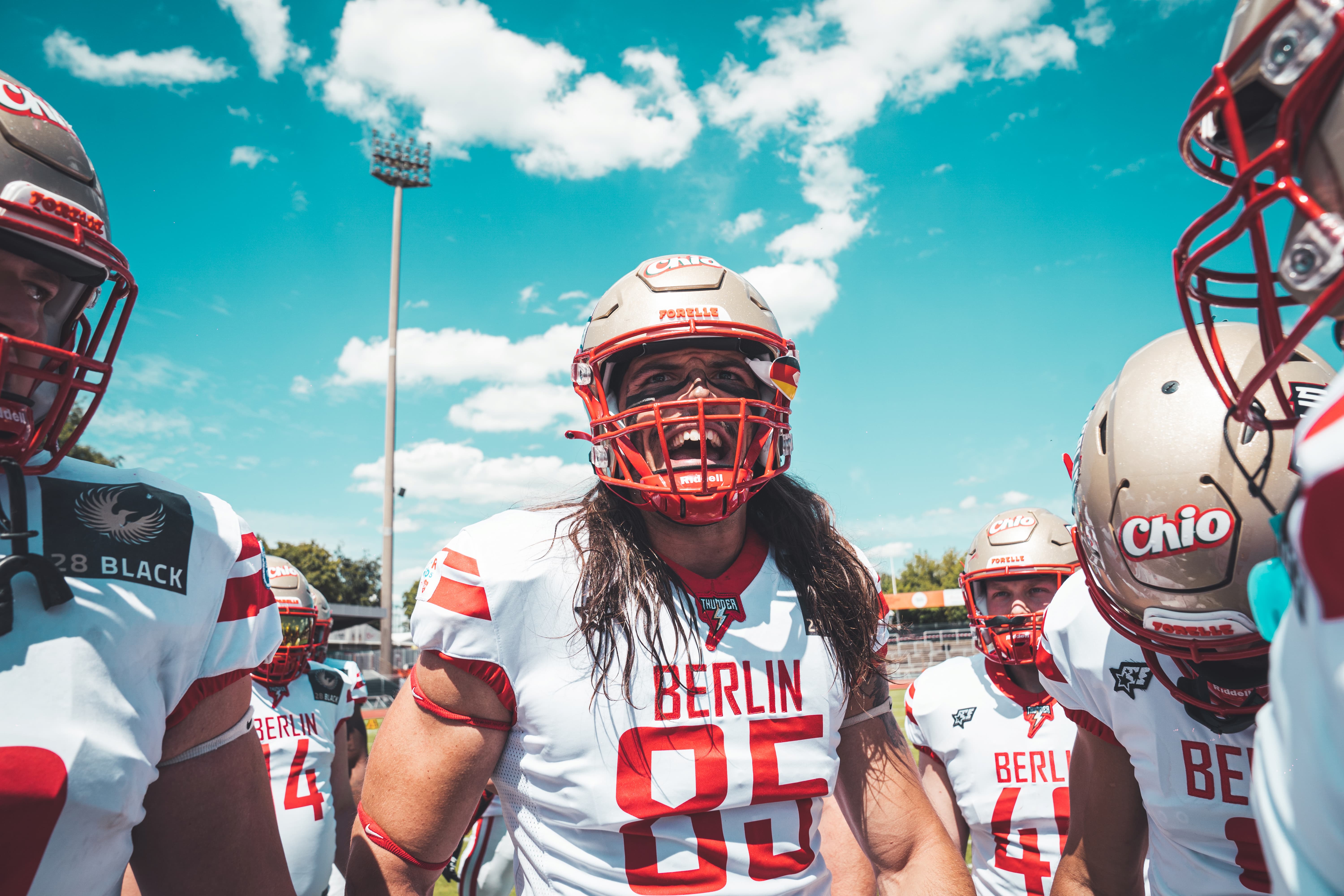 Nicolai Schumann will stay with the Berlin Thunder. © Eric Mühle

Nicolai Schumann has extended his contract with Berlin Thunder and will continue to play for the German capital team next season.

Back together with his old coach

The 30-year-old started his football career in 2010 in the youth of the Berlin Bullets, before he moved to the Berlin Eagles in 2013 and got in contact with coach Johnny Schmuck for the first time. Now, he also finds himself in his third year and head coach Schmuck's second year at his side.

Johnny Schmuck about the signing: "We are very excited to have Nico back on board! He is one of the best tight ends in Europe, a two-time All-Star and an important part of our offense. In addition, Nico is one of the few players who have been part of the franchise since day one and represent it with heart and soul. Nico is Berlin Thunder!"

"Grateful to continue to be trusted"

"I am very excited to continue playing actively for Berlin Thunder. I am very happy here, the off-season is going to be crisp and some new additions are also old friends and teammates. The franchise is on a good path and I'm very grateful to continue to be trusted!" said the Berlin tight end.

Schumann was a European League of Football "All-Star" in both of his first two seasons. In 2023, he will get help from one of the best receiver groups in the league with Wilzeck, Zimmermann and Jackson.