Playmaker saved! Turpin returns to the Wrocław Panthers for the 2022-season in the European League of Football! 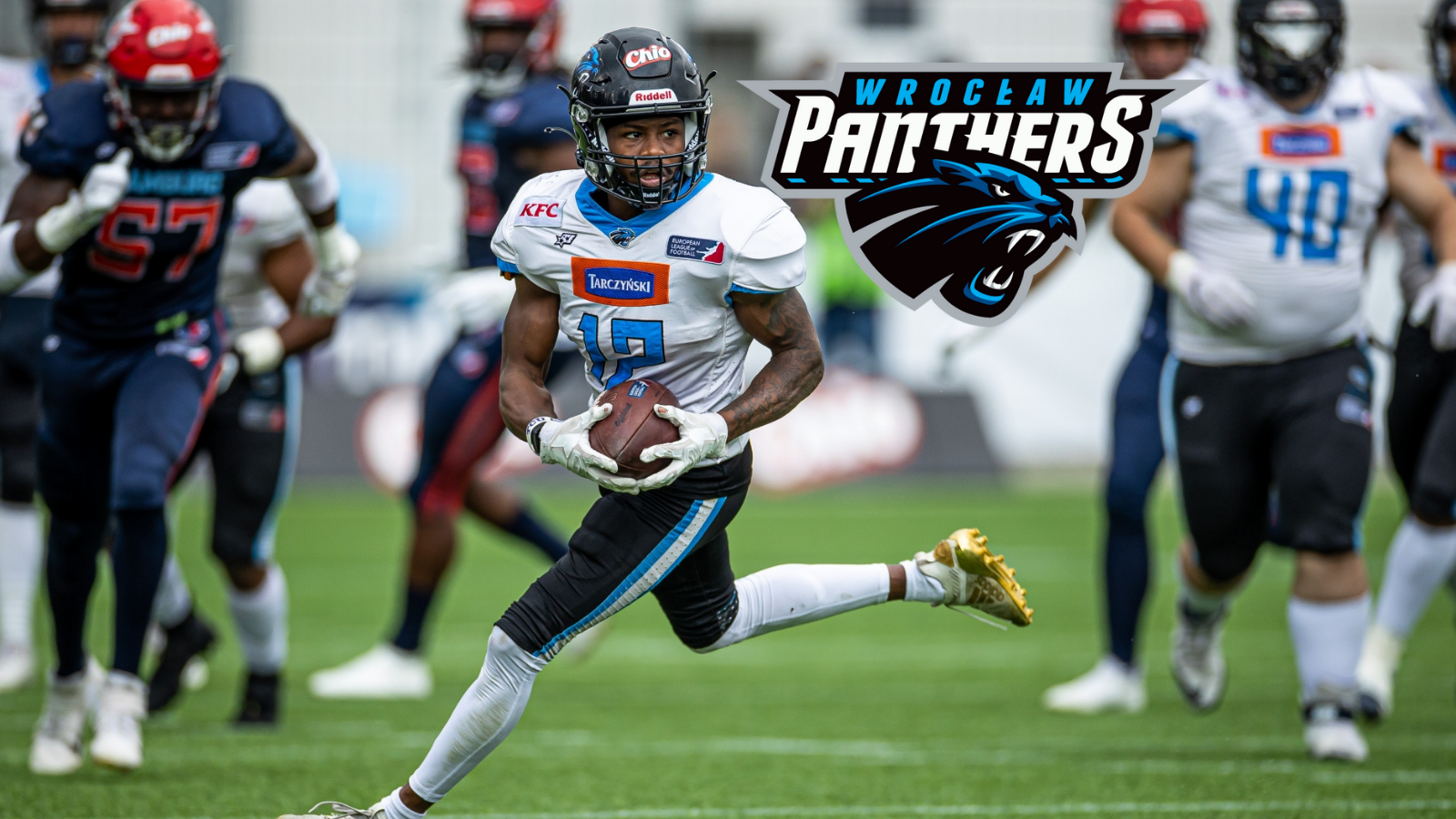 Head coach Jakub Samel re-signs his proven players for another year and is in full pace to have his team ready for the upcoming season.

Turpin was signed at the beginning of August, after the Panthers moved on from American runningback Mark Herndon. He had an instant impact on the Panthers offense led by head coach Jakub Samel and assistant Jeff Jagodzinski who now takes over the play-calling duties in 2022.

Under Samel, Turpin racked up one of the most impressive performances of the season,being included in the run game as well as a top-target for quarterback LukasO’Connor.

In just five games Turpin hauled in 374 receiving yards and six touchdowns – which ranked second in the league alongside fellow Panther Mazan. With 74.8 yards on average per game and 11.7 yards per reception, the impact was immaculate. He was not only used in the slot, but also as an outside threat to run deep routes over the top. Furthermore, the receiver helped to secure another 54 yards and one touchdown over the run, with Samel using Turpin as an option guy with a lot of jet sweeps.

Turpin stood out over his explosiveness and elusiveness. The speedster was ranked as one of the top prospects of college football in 2018, when he was released by his college for violation of school policies. He now seemingly found his new home in Wrocław, Poland.

With the Panthers front office likely having their team together for the upcoming season early in the off-season, they set the course for another playoff run. With Turpin and Robinson, two of four import-spots are already taken. With Lukas O’Connor on the other hand, the Panthers had the quarterback in the European League of Football with the most passing yards in the season (3198) and the second most touchdown passes (28). A comeback would make sense for a team that had a chance in the playoff-game against the Hamburg Sea Devils, just loosing by three points at the Stadion Hoheluft.

A lot of familiar faces will be back in Wrocław while the Panthers could definitely be a team to watch in the upcoming season.

More news about the Panthers!