Most teams in the European League of Football conducted combined practices over the past week! 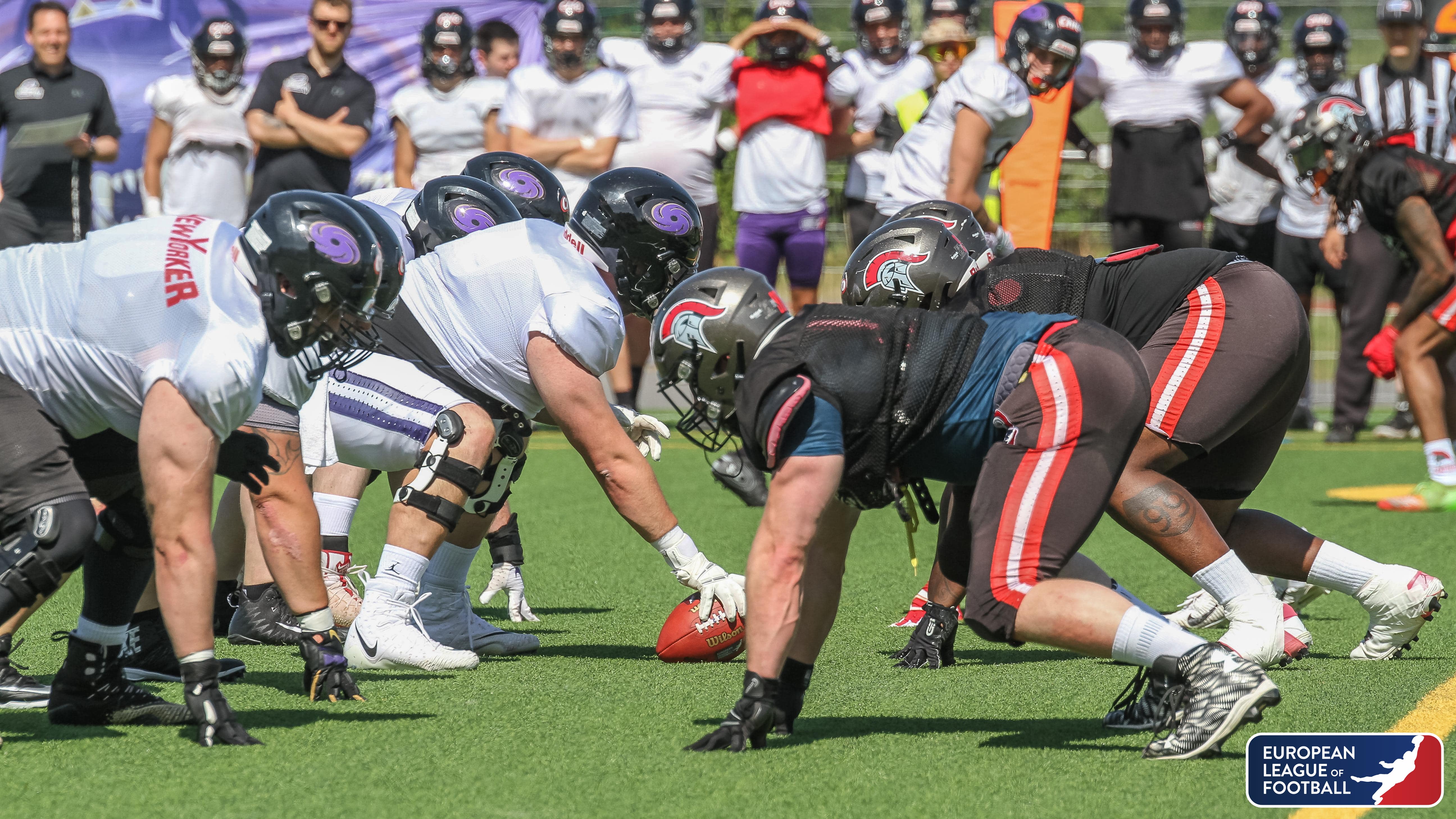 The Cologne Centurions and the Frankfurt Galaxy at their combined practice. © Marc Junge

The German franchise has added linebacker Aaron Rosemann and offensive lineman Oleg Gerats to their roster with only two weeks left before the season kicks off.

The Centurions hosted the Frankfurt Galaxy for a combined practice on Sunday.

The reigning champion was visiting the Centurions in Cologne for a combined practice.

The Hamburg Sea Devils announced that they have already sold 3000 tickets for their season opener against the Berlin Thunder on June 5.

Click here to get your tickets for week one!

The German franchise also added Italian linebacker Lorenzo Deiana to their roster for the 2022 season.

The Raiders Tirol announced a Fan-Day which is going to take place on Fans are invited to watch the Raiders practice and to meet all the players for photos and autographs starting at 4pm.

The German franchise hosted the Stuttgart Surge for a combined practice in Duisburg last Saturday.

The German franchise has signed offensive lineman Lenny Sadzik as a late addition to their roster for the 2022 season.

The Austrian franchise hosted the Leipzig Kings for a combined practice last Saturday.