After the Stuttgart Surge practiced alongside Rhein Fire yesterday, Surge starting quarterback Randall Schroeder was pleased with his team’s performance. 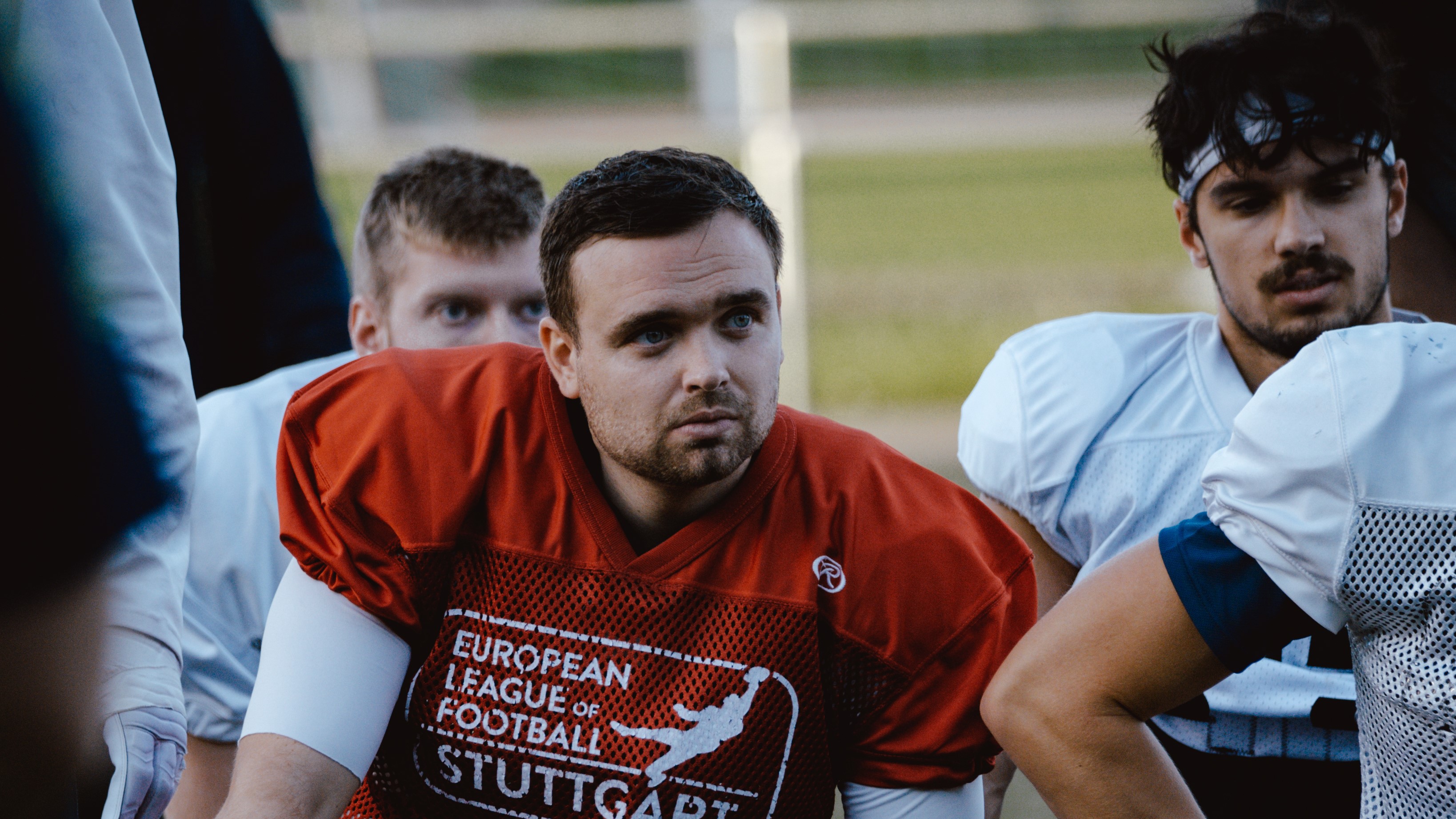 “Everything speeds up a little bit when you’re playing against somebody else other than yourself,” Surge quarterback Randall Schroeder commented after the combined practice. “So, it was good to kind of get those live-reps. And I think it was good for everybody else, too.”

With almost two hours of scoring touchdowns, kicking field goals, and tackling in full pads, both teams were excited to finally see some different faces.

“We’ve been in camp for a couple of weeks now. So, it’s good to face a good opponent and see some different things, you know,” Schroeder commented.

When asked what the Surge strengths are, Schroeder pointed out everybody’s willingness to win. “I think the strengths are just, everybody here wants to win, they want to work hard. And I think Martin [Hanselmann] has done a good job of putting a team together that believes that we can win”.

However, Schroeder also knows that his team is a work in progress and needs to watch film and reflect on yesterday’s practice to get down the details. “As far as weaknesses, we got to get better every day because we still screwed up a lot out here, too. So, just get back and watch the film and see what we can do better”.

“Paul [Steigerwald] had a touchdown. He played last year, so I guess that doesn’t shock anybody. He’s two meters tall and bigger than everybody else,” Schroeder pointed out with a laugh after being asked what players stood out at the combined practice.

Yet, Schroeder also connected well with a young talent who joined the Surge for the 2022 season. “I think somebody to watch this year is Mo [Moritz Riedinger]. He had that 80-yard touchdown catch […]. He’s somebody to watch out for sure! But I’m excited to play with all of them!”

QB Schroeder: “We got two more weeks to make it perfect!”

For the Surge, the 2021 season was rather disappointing, ending up with an overall record of 2-8 and missing the playoffs by a mile.

However, Schroeder is ready to win games in 2022 and would like to turn things around. “The goal for 2022 is to win the championship,” Schroeder stated with confidence. “But it’s not that simple. […] It’s just one game at a time. I know it sounds cliché but it’s really one game at a time. You start thinking about the future and that’s when you get beat.