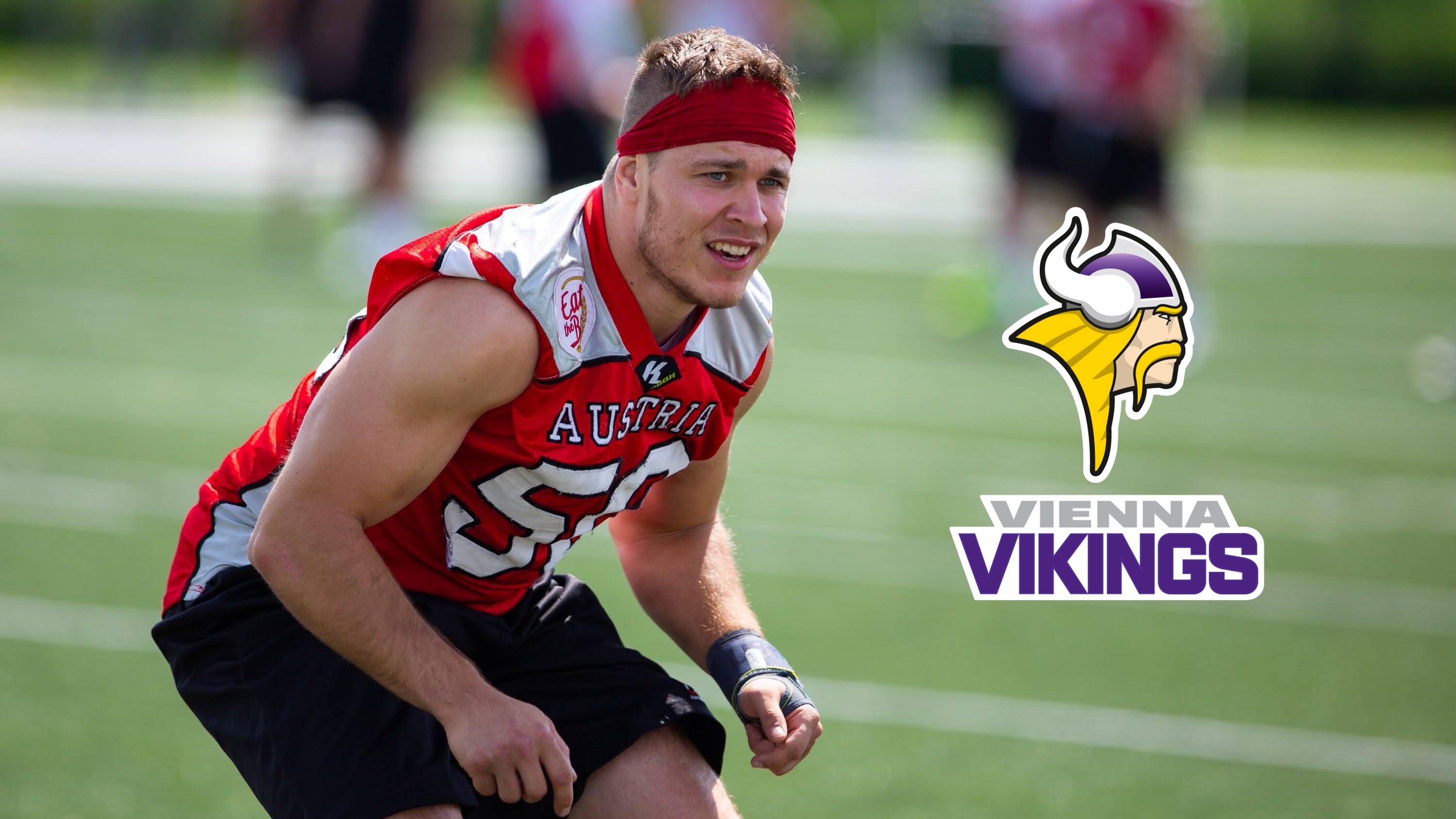 The Vikings stack up on defense early in the off-season as all three of the announced players come from the defensive side of the ball.

“I’m incredibly excited that I am able to take this exciting step into the European League of Football with the Vikings […]”, Austrian safety Luis Horvath explained who was the first of the three players announced by the franchise this morning. Horvath plays in the Austrian national team and started his American football career with the Vikings over 16 years ago.

Austrian linebacker Thomas Schnurrer was the second player announced by the franchise. “I’m happy to be part of the Vikings team in the European League of Football”, Schnurrer commented on him signing with the Austrian franchise. The four-time Defensive MVP of the Austrian Football League and Austrian national team’s player could be a difference maker in 2022!

“The Vikings were really passionate about me […]. The European League of Football will be a great challenge and I can’t wait to see what we can accomplish with our team”, Austrian cornerback Florian Albrecht commented on his signing. Albrecht was also announced by the Vikings this morning and plays for the Austrian National team just like fellow teammates Schnurrer and Horvath.

Vikings head coach Chris Calaycay commented on his excitement about having Horvath, Schnurrer and Albrecht on his roster:

“We are excited about our 2022 roster and also about announcing three committed players today. In addition to having national team captain and long time Vikings safety Luis Horvath, we are able to add four-times league MVP Thomas Schnurrer and one of the top corners in Austria, Florian Albrecht, to our roster. This is huge for our young Vikings franchise. We will continue to try to sign the best players in Austria, and - in addition to our Americans and European players - we are looking to have a roster that represents the Vienna franchise and the Championship level of Football that is expected out of the city of Vienna.“