European League of Football heads its way into Turkey! 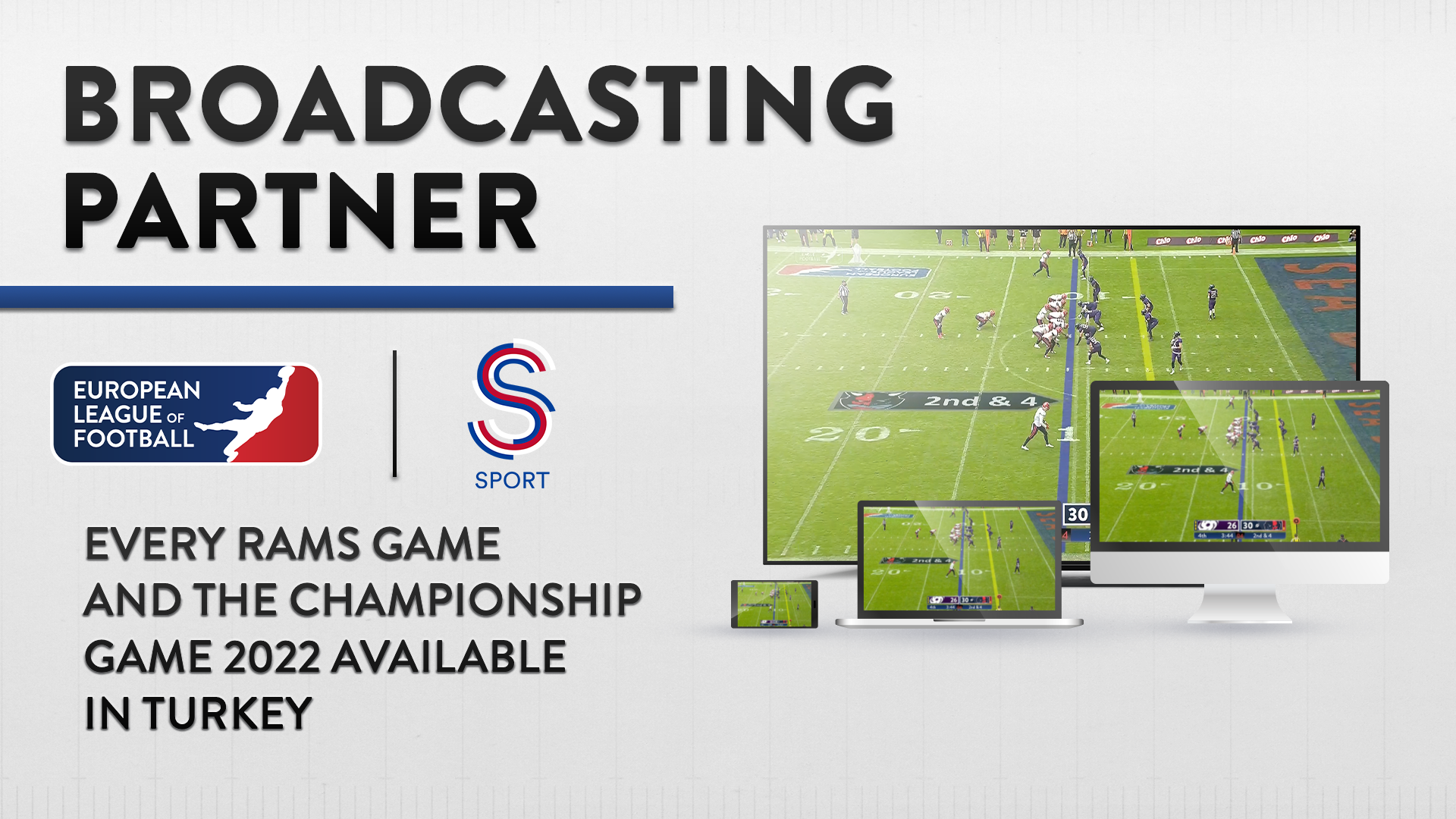 Oyunlar başlasın! Turkish fans will start to have the best coverage of European football as possible. With more than 5.5 million households, S Sport reaches a broad audience of sports consumers in Turkey. Fans can now experience all games of the Istanbul Rams franchise inside the European League of Football through linear-TV channel S Sport and via Saran Media’s OTT-service S Sport Plus. The expansion of the reach towards Turkey spreads the joy of American football and carries this love throughout Europe.

First season with the Rams

With the first season of the Istanbul Rams, S Sport will hold exclusive linear-TV and digital rights to live and delayed coverage, highlights, and clips in Turkey. The further internationalization brings the native language directly to our fans’ homes. With that the European League of Football joins S Sport Plus’ rights portfolio that includes the UEFA Champions League, English Premier League, Spanish LaLiga, as well as NBA basketball and NFL football.

In a row with NFL, NBA and Co.

“Saran Media is a notable broadcaster and reaches an audience of millions with the S Sport channel in Turkey and beyond. It makes us proud that we will be there in a row with the NFL, the NBA, the English Premier League and other top international competitions,” explains European League of Football CEO Zeljko Karajica.
“We are always looking into expanding our content portfolio with sports that have a potential growth. After gladly airing NFL and the X-League we are very happy to be broadcasting European League of Football games which will strengthen the American Football content that S Sport, S Sport2 and S Sport Plus delivers to its users in Turkey,” explains Content Coordinator Numan Özdalga of Saran Media.

With defending champions Frankfurt Galaxy, finalists Hamburg Sea Devils, Berlin Thunder, Cologne Centurions, Stuttgart Surge and Leipzig Kings from Germany, Panthers Wroclaw (Poland) and the Barcelona Dragons from Spain, eight founding members of the European League of Football are already entering their second season. They will be joined by Rhein Fire (Germany), the Vienna Vikings and Raiders Tirol from Austria, and the eastern powerhouse Istanbul Rams. All franchises have one big goal: The Championship Game in Klagenfurt on September 25th.