Recap: How the first homegame of Rhein Fire was a win in all aspects

Big party on and off the field for the Rhein Fire. 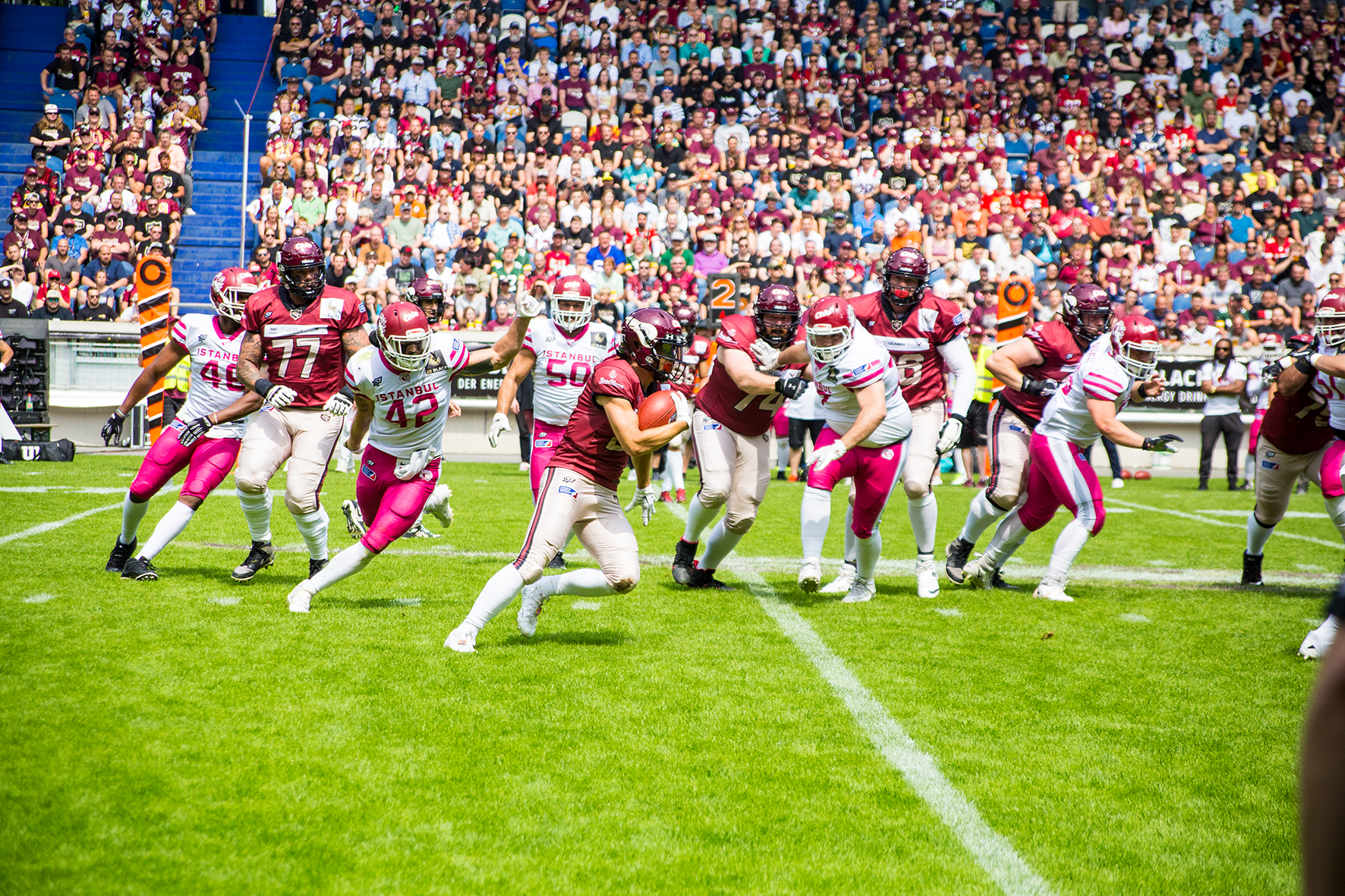 It was a slow start on the field, but a big party beforehand. With the Rhein Fire opening the gates three hours before the game started, the fans were hot and hungry to eat, drink and see football back in the area after 15 years. Nearly 8000 fans joined the Fire to watch them ball in the schausinsland-reisen Arena in Duisburg, Germany. The atmosphere was terrific with cheerleading, kiss-cam or halftime-show heating up the mood.

Getting used to the new environment

On the field, both teams came out cautious. Turnovers set the tone for an afternoon to remember for the Rams. But with Zachary Blair catching an interception by Matt Adam in the first quarter, the Rams profited at the goal line. Quarterback Jared Stegman brought the Rams in front with a quick pass to Alihan Ağaçkesen over the right side. Both teams struggled to get the run game going and a missed field goal by Daniel Schuhmacher took away the first points for Rhein Fire.

‍
It took tight end Florian Eichhorn and Matt Adam to connect at the start of the quarter to equalize to 6:6. A bomb to Nathaniel Robitaille by Matt Adam expanded the lead to 13:6. After a turnover on downs, Harlan Kwofie made a name out of himself and provided the further 20:6-lead when running down the sideline after a quick hitch. With a field goal from 48 yards out, Schumacher expanded the lead to 23-6. A setback for the fighting Rams team.

Momentum for the hometeam

Coming out the halftime, the Rhein Fire were confident. Robitaille opened the half with a 30-yard touchdown reception – followed by a touchdown by Harlan Kwofie just minutes later. And a fumble by Rams’ running back Tyrese Johnson Fisher tipped the hopes further. To start the fourth quarter, the Rams were unable to keep up and could not defend another score by Jason Aguemon. The Rams took themselves out of the game. Even a touchdown pass by Jared Stegman to shorten the lead to 42-12 could not change the momentum.

Summarizing the game, there is enough light for the Rhein Fire team to be optimistic about. Football is back at Rhein Fire. Players and fans of the team are happy about the home opener. The Rams, on the other hand, are travelling home with a 0-3-record. One of the few bright spots was new receiver Devin Heckstall. Not enough to compete in this strong European League of Football and a loaded Southern Conference. While Rhein Fire hosts the Barcelona Dragons in the upcoming week at home, the Rams host the unbeaten Vikings. Tough tasks.