Rhein Fire’s Nathaniel Robitaille is one of the premier wide receivers in the European League of Football. But how did the high school quarterback end up playing wide receiver in Europe? 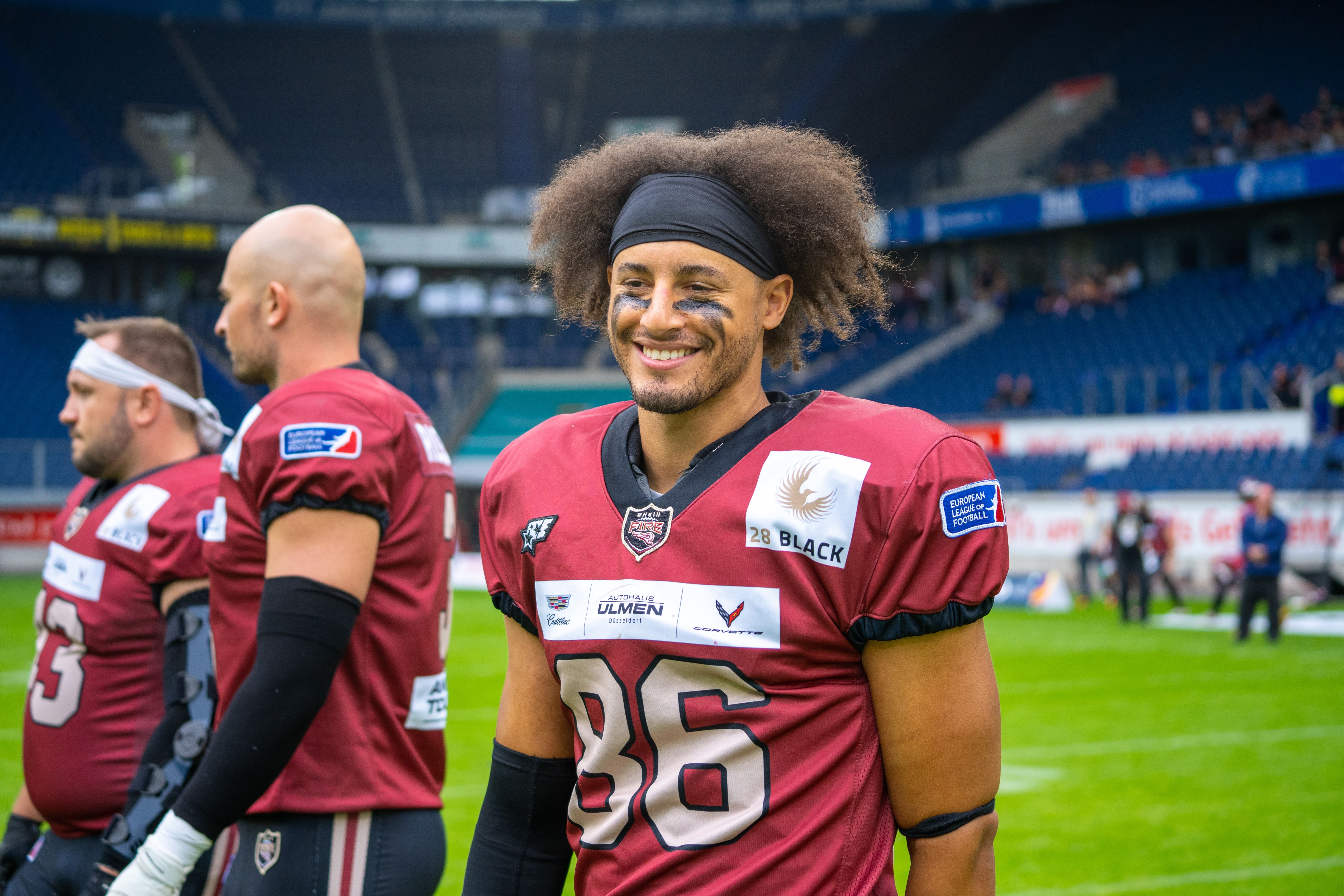 Born and raised in Attleboro, Massachusetts, Nathaniel Robitaille started playing football as a running back at the age of seven. During the year he switched to quarterback and played that position for over 10 years, until he graduated high school. The college recruiting presented some difficulties to him, tough.

As he played quarterback but also defensive back since his sophomore year at Attleboro Highschool, teams wanted to recruit him as a defensive back. Despite multiple Division I offers, Robitaille chose Division II Stonehill College, because of the effort they put into his recruiting process. Being recruited as an athlete, Robitaille did not know which position he would be playing. During his recruiting visit he tried out for the wide receiver position, but it did not go to well, to say the least: “They tried me out at wide receiver, and I didn’t catch one pass. This is a true story. I dropped every single route they threw to me during that visit. Until today that’s one of our favorite stories.”

Even on his first day at camp as a freshman, he still did not know what position his coaches put him in; until his dad found his jersey in the locker with number 86, the number he is still wearing to this day. Looking back, his coaches probably put him at the right position. Nathaniel Robitaille left Stonehill College as the first player with over 1000 yards in a season. And he did it twice. Additionally, he was an All-American in his junior year and left the school as the All-time leading receiver in 2015.

From the US to Germany

After his college career, Robitaille worked out at two NFL Pro Days at Harvard and at the University of Massachusetts, as well as the Chicago Regional Combine, but was not signed by a team. Right around that time, a good friend of him, who played at Frankfurt called him and asked if he wanted to play overseas with him. A meeting with current Frankfurt Galaxy head coach Kösling later, Robitaille was on his flight to Frankfurt at the end of March 2016. After one year playing for the Universe, the young American made his way to the Schwäbisch Hall Unicorns.

For the Unicorns, Robitaille put up 3597 receiving yards and 53 TDs as a receiver and 2222 return yards as well as seven return touchdowns in only three years. In those three years, Schwäbisch Hall made the German Bowl three times, winning two out of three. After an extremely successful stretch in Germany, the American joined the Seinäjoki Crocodiles during the COVID-19 pandemic where he played until 2021.

In 2021, a call from a friend changed Robitaille’s football career again, linking him up with the Rhein Fire franchise. Signing early in 2022, even the players themselves did not know who their head coach would be for the season. When asked about how he felt when he heard that former San Francisco 49ers head coach Jim Tomsula would come in, Robitaille said: “Being a relatively old football player, I did not think twice about it. But man, working with him you are like a kid in the candy store. Coach Jim [Tomsula] is the man. He is a guy that I would genuinely do a lot for.”

Right now, Robitaille’s 534 receiving yards and six touchdowns rank him fourth in both categories. When confronted with statistically being a top five receiver in the league, he had a great answer: “I’m number one in my book. My Mom thinks that, too. But I can do a lot more, especially in the special teams game. I gotta work on that.”

When talking about the 2022 playoffs in the European League of Football, the American assured that the Rhein Fire has not reached their ceiling yet. When it comes to football, Robitaille has a motto he inherited from one of the game’s best: “One of my favorite players of all time Steve Smith Senior once said: 'Make a play a day, so every single game that a coach turns on the film he can’t say you didn’t make a play'. So that kind of became my motto.”

Besides playing football until 'the wheels fall of', Robitaille has another big goal he takes a lot of pride in: “I want to help grow the game of American Football in Germany and other countries in Europe and make kids realize their potential.” Working with PPI, the wide receiver already saw some of the premier young football players from this continent and he was impressed: “In Europe there is just a whole lot of untapped potential from a football standpoint.”

Playing football on the highest European level and trying to take young guys to the next level, Robitaille made clear that his time here in Europe is far from over. But right now, his focus is on the ongoing season in the European League of Football. If he keeps playing like that and Rhein Fire can show their full potential, we might see the now 30-year-old American in the post-season or even in Klagenfurt on September 25th.