The Kings are on the move and sign their second American import player in reigning German Bowl champion AJ Wentland. 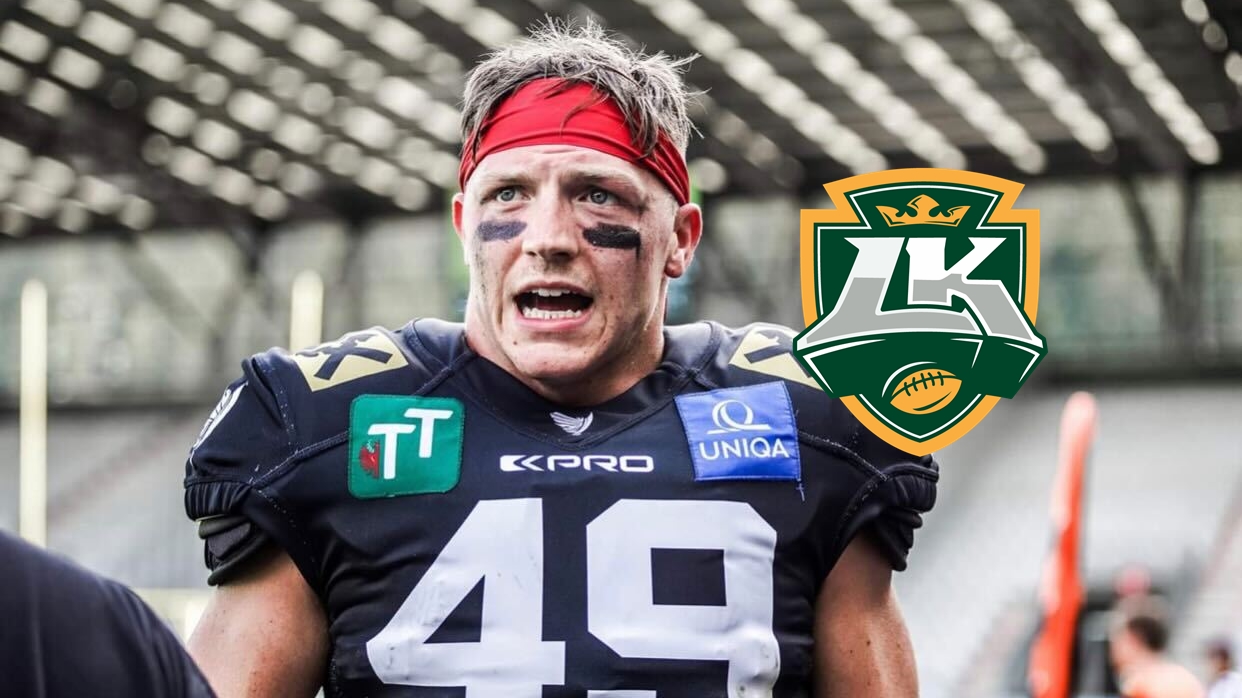 The Leipzig Kings sign former Division II linebacker AJ Wentland to their roster, as reported by the team.

After announcing American running back David McCants coming out of retirement for the Kings in 2022, the Leipzig franchise signs one of the best linebackers in Europe to their roster. “I like how professionally the European League of Football is ran and the NFL rules are appealing since I have always played NCAA rules in my professional career”, Wentland commented on his decision to sign with the Kings.

The American linebacker got the chance to gain a lot of international experience over the past years and even won three championships and three different countries while doing so: “I've played with [the] Dresden [Monarchs] since 2018 and it has always been a safe and secure option for me. But after playing in Finland in 2020 and the Swarco Raiders in 2021 and going back to Dresden in the second half of 2021 and winning three championships in a row in three different countries, I wanted to make a new experience.”

A Defensive playmaker at college

The 192cm tall and 102kg heavy athlete from Rockford, Illinois, was a two-time All-American linebacker for the McKendree University Bearcats in the NCAA Division II. He was also voted All-GLVC (Great Lakes Valley Conference) linebacker three-times over the course of his collegiate career. Up to his graduation in 2017, Wentland recorded 412 total tackles from which he made 145 in his senior year alone. On top of that, he caught three interceptions, scored two touchdowns, and forced six fumbles.

As every player joining the European League of Football, Wentland only has one goal in mind. He wants to become the best player he can possible be: “My goals in 2022 are to be one of the best defensive players in Europe, and to help my team to have the best defense in the league.” He added: “The fans can expect a high-motor player with a lot of energy that plays sideline to sideline on the field.”

Kings head coach Fred Armstrong commented on the signing of the American linebacker as well: “Everyone in Europe knows AJ [Wentland] has dominated play at the LB position in every country he has played in. We made a pact to build the best defense in our North Conference. His impact in our locker room and on game day will help the Kings toward that goal. Class act on and off the field.”

“I'm looking forward to continuing to compete at a high level across Europe in this new and exciting league”, Wentland explained. The former Division II linebacker will lead the Kings defensive unit against loaded offenses in the best American football league in Europe. “I'm just grateful for another opportunity to do what I love and to continue networking in the international football world. […] I really like what [head] coach Armstrong is doing, and I have to thank him for the opportunity.”

More News around the Kings here!