The European League of Football franchise Tirol Raiders is a sneaky contender for one of the best offensive lines in the league. 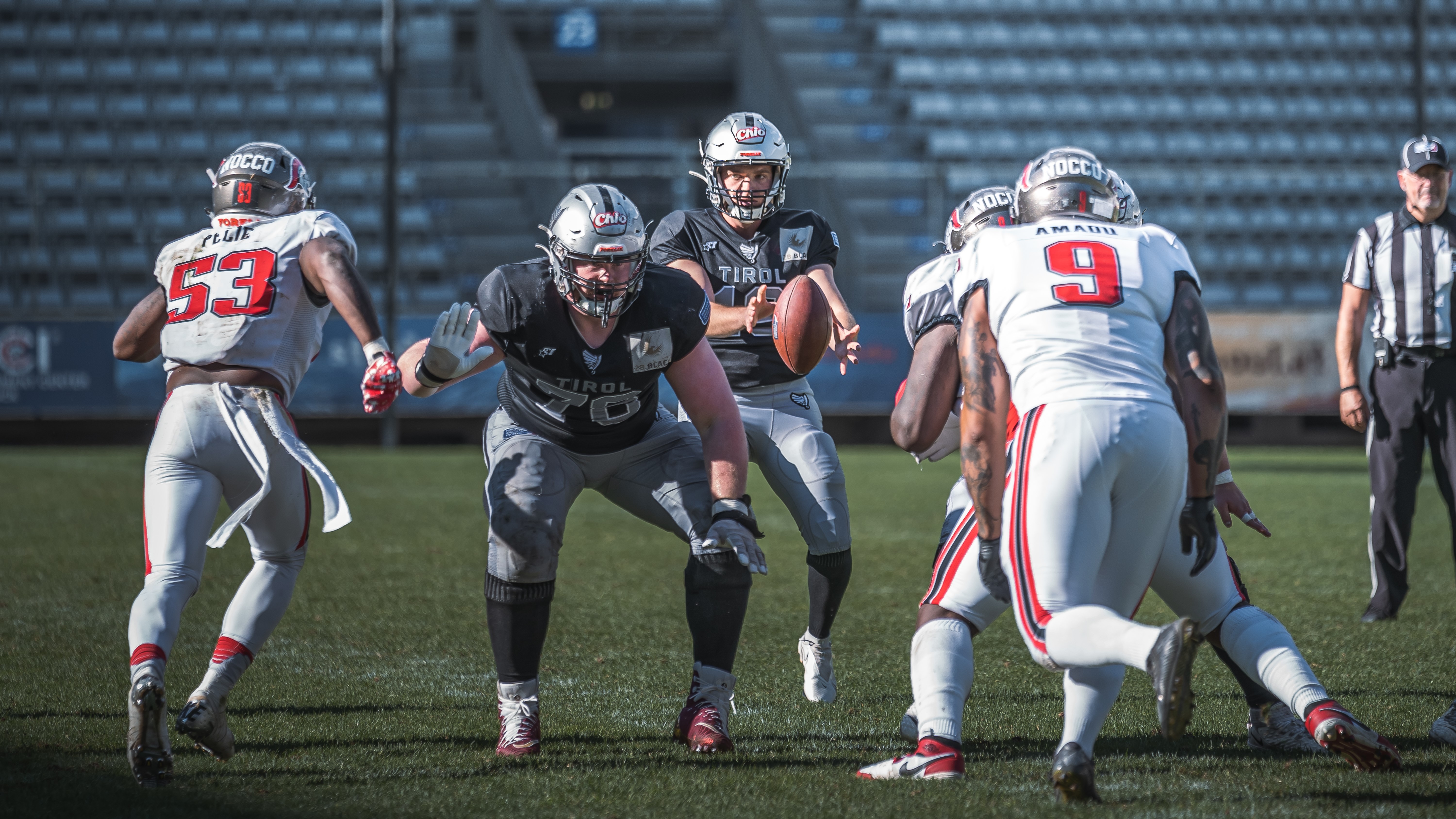 Daniel Fankhauser stays as guard for the Raiders. © Florian Mitteregger

After the retirement of legendary left tackle Michael Habetin, the Tirol Raiders had to get creative on the offensive line in 2023. At the beginning of the off-season, Steven Nielsen was brought in while Basil Weber, former Frankfurt Galaxy tackle, followed shortly after. In Nielsen, who previously played in the CFL, and Weber, they got a strong tackle-tandem working for them.

The statement of Kevin Herron, head coach of the Raiders supports the signing: "I'm really looking forward to seeing Basil in Silver and Black. He has established himself as one of the best players in Europe at his position, and it is good to have him on our side now. He will help us have one of the best offensive lines in the league again. He is very excited to be a Raider, and we are just as excited!"

Further, they brought two interior linemen back to the Alps in Jeffery Asare and Gerd Mitterdorfer. Last year, for example, Asare served as a guard, while Mitterdorfer, an Italian, was indispensable as a center. "Gerd is a mainstay, not just on the offensive line, but for the team," Herron said. Then, this Tuesday, they announced the signing of Daniel Fankhauser. The guard was already a reliable player last year and completes the entire line. "Daniel is what you want from a player as an O-Line coach," said Offensive Line Coach Bauer.

Looking at last year's roster, Michael Habetin, Tobias Url, Gerd Mitterdorfer, Daniel Fankhauser and Tony Koskinen formed a great offensive line – especially in pass protection. Getting back Tobias Url would be a huge success for the Raiders looking into next season. If so, the Raiders under Kevin Herron and with Christian Strong at quarterback could surprise some of the teams in 2023.