The Hamburg Sea Devils have signed a new anchor for the offensive line! 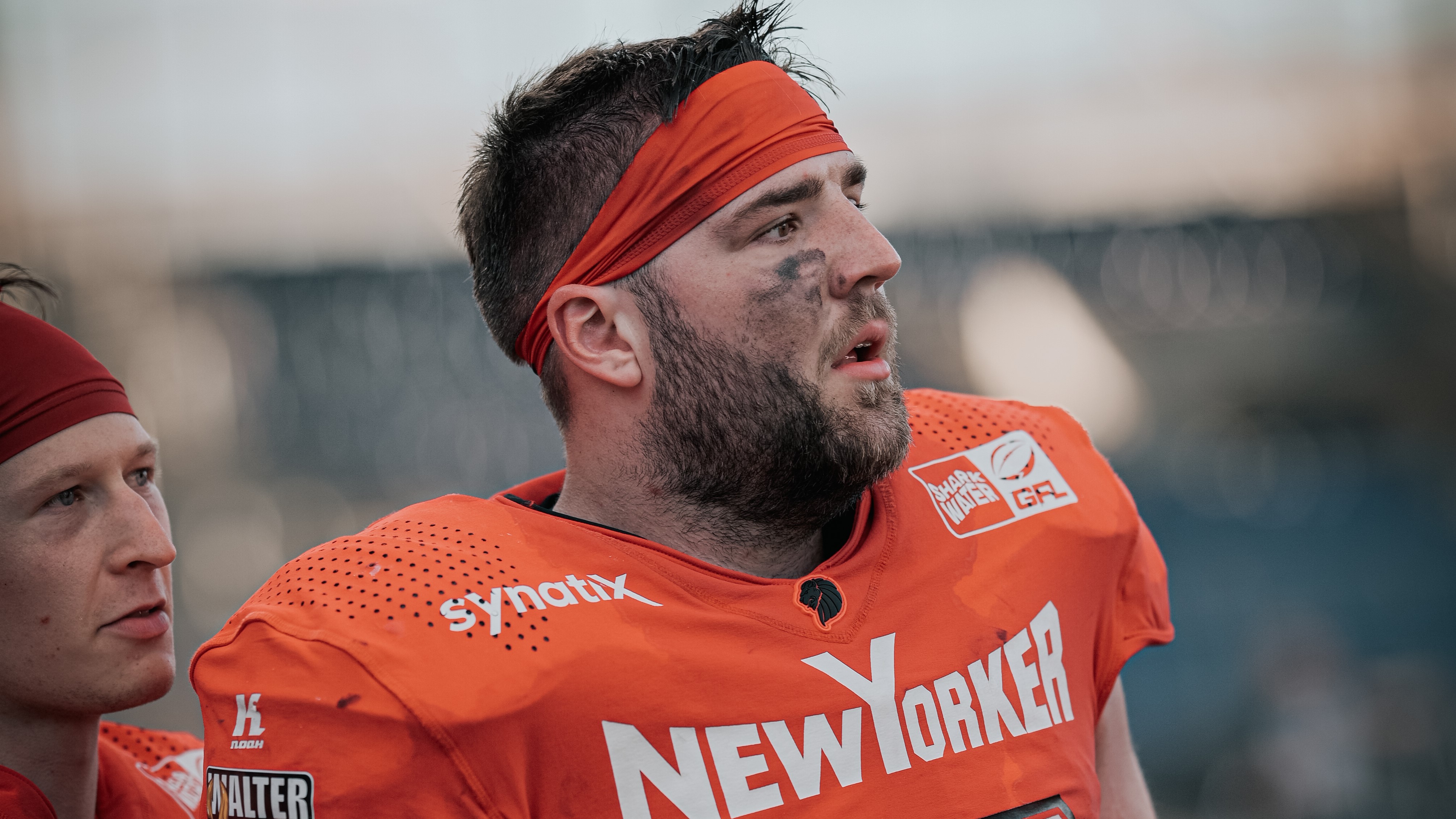 Gerrit Brandt will suit up in blue next season for the Hamburg Sea Devils. © tobiasfotowelt

As the Hamburg Sea Devils announced on Friday, the vice champion have signed left tackle Gerrit Brandt for the upcoming season. The offensive line giant is a national team player and was named "All-Star" in the German Football League in 2022. At 25-years-old and with 1.97 m and 139 kg could be the leading lineman going into next year for the Hamburg Sea Devils - who struggled to keep pressure off their quarterback in late 2022. After already announcing their coaching staff, Brandt is a great signal.

"I want to build on the Sea Devils' success"

"In my opinion, the Hamburg Sea Devils are the best organization to play football at the highest level in Europe. Also, I think it gives me the opportunity to develop in the best possible way and become a better player," said Gerrit Brandt about his signing in the press release. "I want to build on the Sea Devils' success of the last two years and do my part to help the team be very successful again. I want to be a good teammate to my teammates and I'm looking forward to getting to know them."

Who will be their quarterback?

Max Paatz, General Manager of the Hamburg team, is happy about the signing of the anchor. "Gerrit will give our offensive line further stability and power. He has developed into a dominant offensive lineman over the last few years with the Braunschweig Lions in the GFL. His mindset and leadership qualities are a perfect fit for us. I am very happy that we were able to bring the great talks with him to a very satisfying end for us and will see one of the best German left tackles with us in the future."

As the Hamburg Sea Devils go into next season, Gerrit Brandt is a big signal to build a top-team yet again - while the quarterback position is still uncertain.