He won the Championship of the European League of Football with them, now he retires. 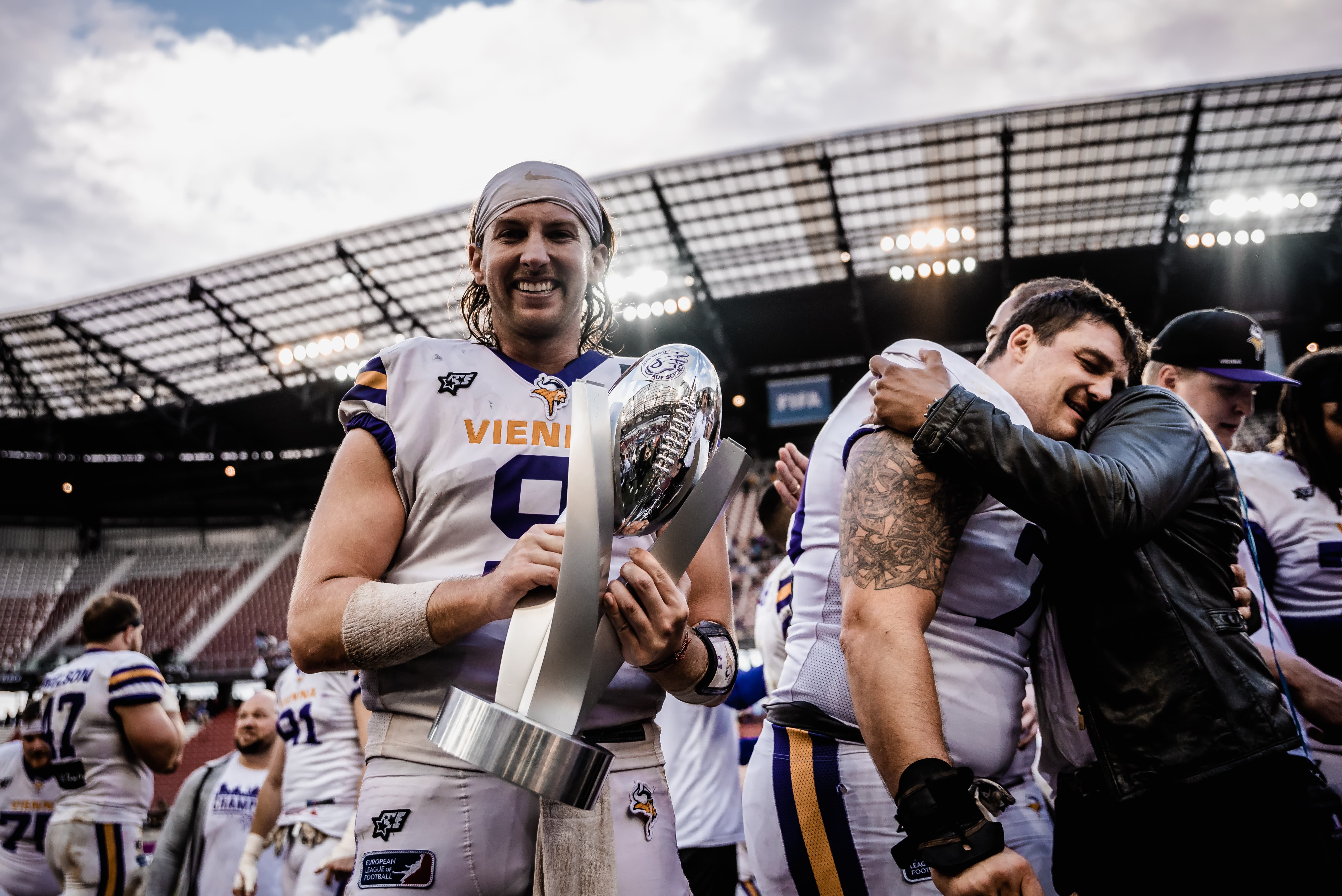 Jackson Erdmann with the European League of Football trophy in Klagenfurt. © Fiona Noever

Bad news for the Vienna Vikings football franchise, starting their second offseason! Jackson Erdmann announced his retirement from football on Sunday. "I am thankful for my time with the Vikings. Vienna will always be my home! But at this time in my life, I am pursuing careers outside of football", said Erdmann on social media and added: "Thank you to everyone that has been a part of this journey!"

Erdmann as leader on the football field and fan favorite

Erdmann won the European League of Football Championship game this year with the Vienna Vikings and was one of the fan favorites. In their first ever season, Erdmann had 2,849 passing yards, 26 passing touchdowns and 13 interceptions in 12 games. And not only that. He also had a godparenthood with a meerkat – in German called "Erdmännchen" – in the Vienna Zoo.

One of the best quarterbacks and a Gagliardi Trophy winner in college leaves the stage at the age of 25 and the Vikings are on the hunt for another signal caller.