Despite signing a US-American quarterback in Preston Haire, both quarterbacks of 2022 return to the Sea Devils roster. 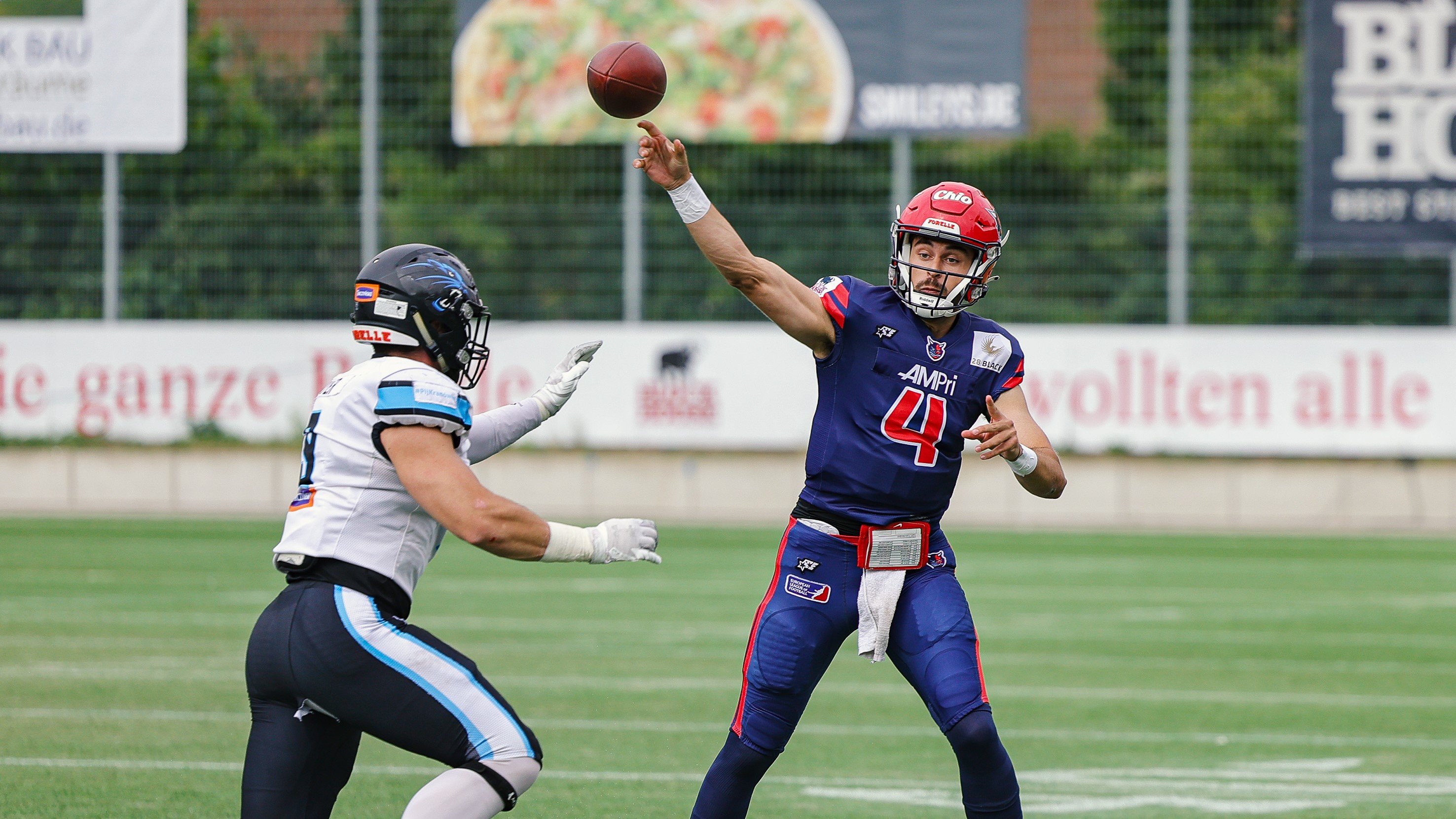 Moritz Maack is back for the Hamburg Sea Devils. © Michael Freitag

As the Sea Devils announced on Sunday and Monday, both Salieu Ceesay and Moritz Maack were re-signed by the team. With both homegrown quarterbacks, the Hamburg franchise reached the Championship game in Klagenfurt in 2022, losing to the Vienna Vikings.

While the team announced the signing of Preston Haire, former Oklahoma Baptist quarterback, in December, the re-signings come by surprise but could make sense for both parties. Maack and Ceesay certainly want to accept the challenge against Haire while also being touted as great team players last season in several reports - looking out for each other.

Moritz Maack getting healthy and Salieu Ceesay stepping up?

“Mo is a very promising young QB. He had outstanding moments last season and has the traits to play well in our league. He can execute on and off-schedule, I was impressed with his vision and athleticism in and out of the pocket,” said Brett Morgan ahead of the 2023 season about Maack who injured his throwing shoulder in the semifinal against the Raiders in September. From now on, “the focus is to get him healthy first. Once he’s healthy, he knows he can get physically stronger, which he’s eager to do. We’ll do things offensively that fit Mo well, so I’m excited to get started with him.”

Ceesay was the starting quarterback in the start of 2022, before slowly losing his job to Maack. In the Championship Game, Ceesay brought it to 168 yards passing with two interceptions and two touchdowns, and 1.599 Yards and nine touchdowns in 12 regular season games. Taking into consideration that Ceesay also played defensive back and wide receiver in the past, getting both Maack and Ceesay back for 2023, was a no-brainer for the two-time vice champion.