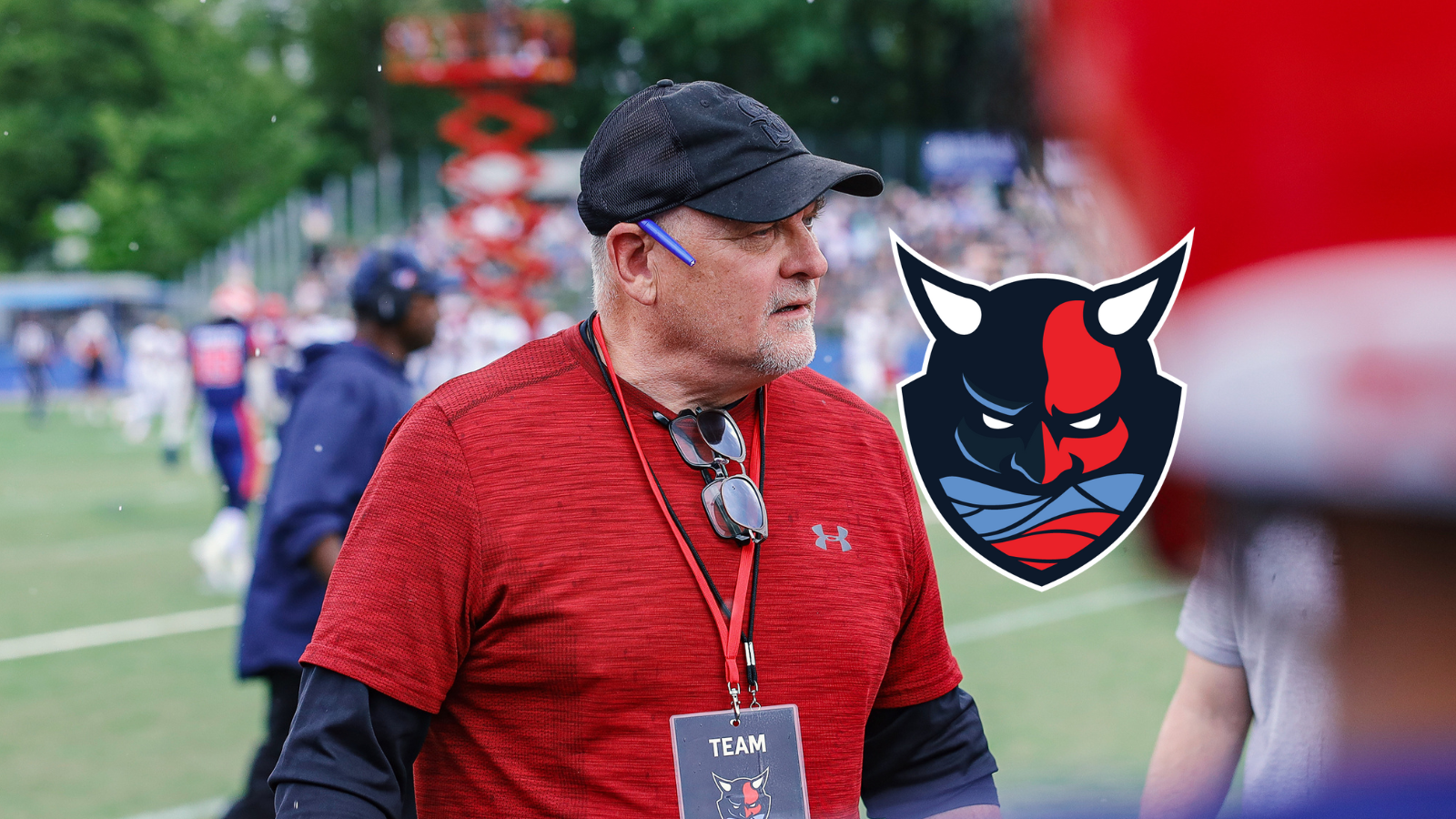 Kirk Heidelberg is leaving the Hamburg Sea Devils after three and a half months due to health issues. The offensive coordinator was signed in early March after not renewing his contract with the Cologne Centurions. With the Centurions, he led the offense with most total offensive yards in the league last year. With Hamburg, leading rusher Glen Toonga already has 233 yards and three touchdowns. Now, the legendary coach retires.

Working on his health

"Health comes first! We as Sea Devils wish Coach Heidelberg a speedy recovery and hope to perhaps welcome him to Sea Devils games in the future," explained General Manager Max Paatz on the offensive playcaller's departure who will now concentrate on working on his health.
“I want to thank General Manager Max Paatz, Head Coach Charles “Yogi” Jones and all my coaches for being so understanding under these circumstances. Thank you to all my players. I really connected with these guys and will enjoy following them,” says Kirk Heidelberg and added inthe press release: “I need this time to keep my stress levels as low as possible during this time on my road to health and recovery! Go Sea Devils!”

Kirk Heidelberg looks back on a successful career as a coach throughout Europe, Germany and the US. He worked under legendary coach Nick Saban at the University of Toledo, won the German Bowl 2003 with the Blue Devils.
The Hamburg Sea Devils have dissolved the contract by mutual agreement. The role of the 64-year-old US American will be taken over by wide receivers coach Philipp Schulz until further notice. The full-time teacher has been on board since the Sea Devils' premiere season and can also look back on a successful active career as a player and coach. We could see more trust in quarterback Salieu Ceesay.