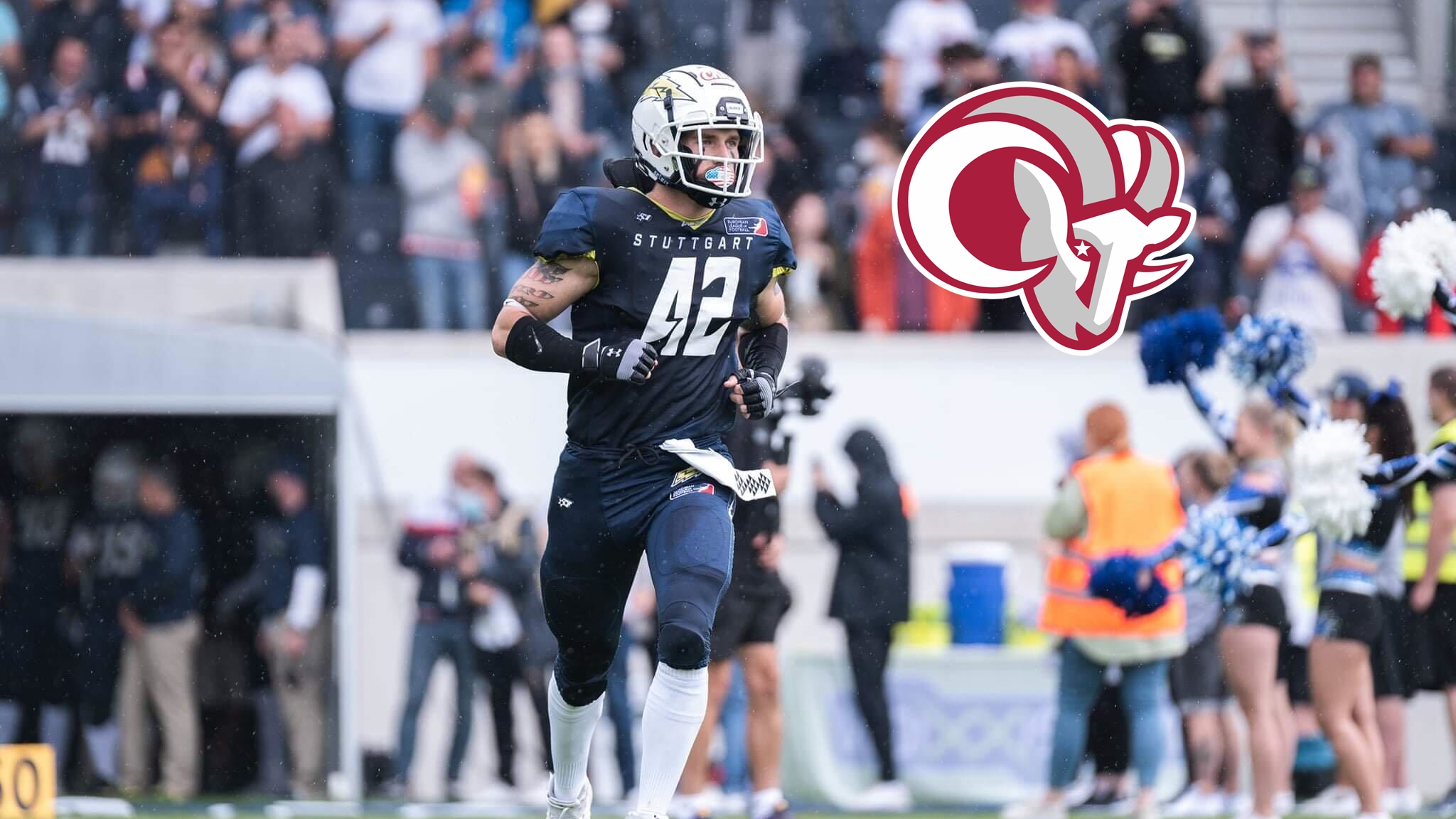 The Istanbul Rams announced the signing of American football-linebacker Zachary Blair for the 2022 season.

Blair was signed by the Stuttgart Surge in the middle of the 2021 season and did not disappoint. After recording 17 tackles for loss, two and a half sacks, four pass breakups, four passes defensed, one forced fumble and five (!) blocked field goals in only seven games played, Blair did more than enough to get the coaches and general managers around the European League of Football interested. Now, the defensive playmaker signed with the Istanbul Rams which recently joined the league.

Signing with the Istanbul Rams

“The process was actually fairly easy for me! [Head] coach [Val] Gunn gave me a call while I was on vacation in Greece and there wasn’t much to think about. The opportunity to play for him and live in a city like Istanbul is an honor while also being able to stay in the European League of Football”, Blair commented on signing with the Istanbul Rams.

General manager and head coach of the Rams, Val Gunn, spoke to me about the signing of Blair as well: “Zachary Blair is exactly the kind of player we want on the Istanbul Rams. His energy, enthusiasm, and 100% relentless effort on every down makes him a special guy to have on the field. I hated going against him, now we love that he’s on our side. Zach is preparing like never before to have the best season of his career; it will be fun to watch”.

When asked what his motivation was to sign with the Rams, Blair explained: “[Head] coach Gunn was truly reason enough, but given the other factors of the city, the popularity of the organization, and the multiple good reviews from past players it was a no brainer for me.

“Honestly, I just hope I don’t disappoint”, Blair commented. “I am extremely grateful for this opportunity. To play in a new country and to be wearing that Rams’ helmet representing Turkey in their inaugural season in the European League of Football is a blessing to me. It’s all the more motivation to make sure [head] coach Gunn and the Rams organization never have buyers regret when it comes to signing me."

MORE NEWS ABOUT THE EUROPEAN LEAGUE OF FOOTBALL!