The Cologne Centurions made a splash on the player market this thursday. With Valentin Rödiger, Noah Aarass, Ramin Akhlaghi and Paul Lenhardt, four receivers of the last years playoff-team extended their contract for 2022. 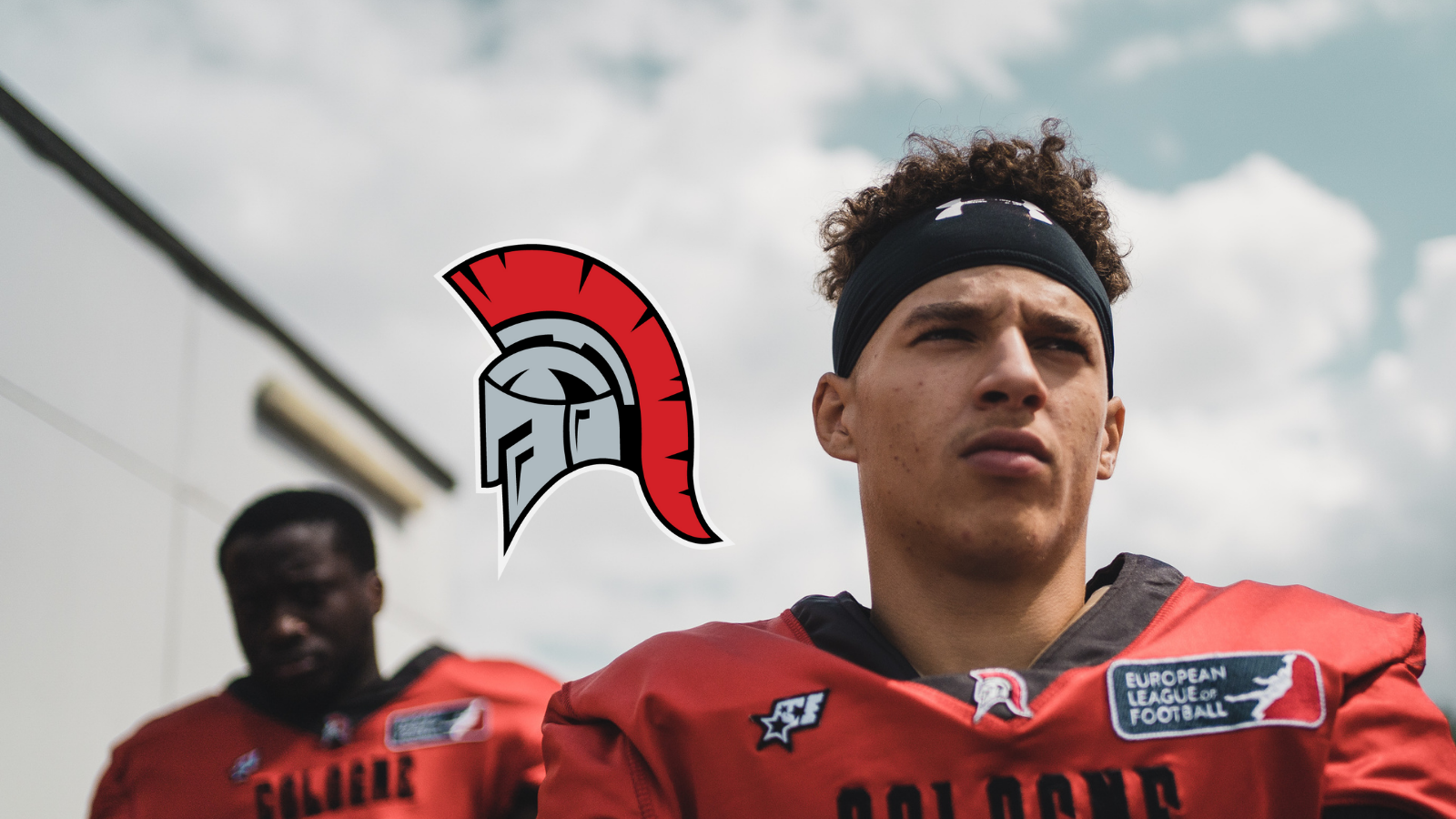 Paul Lenhardt had one of the best rookie-performances in 2021. ©Frederik Löwer

The beginning made Valentin Rödiger, followed by Noah Aarass, Ramin Akhlaghi and last but not least "Offensive Rookie Of The Year"-nominee Paul Lenhardt.

"We are very pleased to be returning our core of receivers for next year. The players all showed time and time again during a very tough first year that they have what it takes to play in this league. We can’t wait to see them in action again and look forward to a few more additions to the group." teased General Manager David Drane the 2022 squad for the Centurions.

Receiver Paul Lenhardt convinced coaches with 224 yards, one touchdown, 18 receptions in just 6 games to end the season as well as 360 yards on punt returns.

"We are very happy that Paul is returning. He had a short season after waiting to make a decision to play with us as he looked at his college options. When he did decide he jumped straight into our starting lineup and never looked back. He was a finalist for offensive rookie of the year and if you watch just the game against The dragons in Barcelona you can see why the whole league was excited to watch him play." said Drane about Lenhardt returning and added about the others: "Valentin is one of the hardest workers on our team. He is also our punter and our backup kicker but more than that,  he is a big part of our receiver core. He is known for his great releases and clutch catches. Great to have him back. After the season getting cut short for Ramin after he injured his knee making a key 4th down catch in our win against the Panthers, Ramin has been working hard with our medical and strength team. Our team Dr. Jan Von Hoegan has cleared him to return and we are all waiting to see him have his breakout year in the European League of Football. Noah made some of our biggest offensive plays last year. Who can forget in the first game of the season his hustle on the interception that he returned [...] for a TD. Also in that very first game he showed his receiving quality with a diving TD and a few huge first down grabs. He had off season surgery to repair some shoulder damage that held him out of our playoff game last year, so he should be 100% when we start practicing."