Jan Weinreich, the only German starting Quarterback last year, developed into a real playmaker for the Centurions football team. Promissing enough to re-sign with the Centurions in the European League of Football this morning. 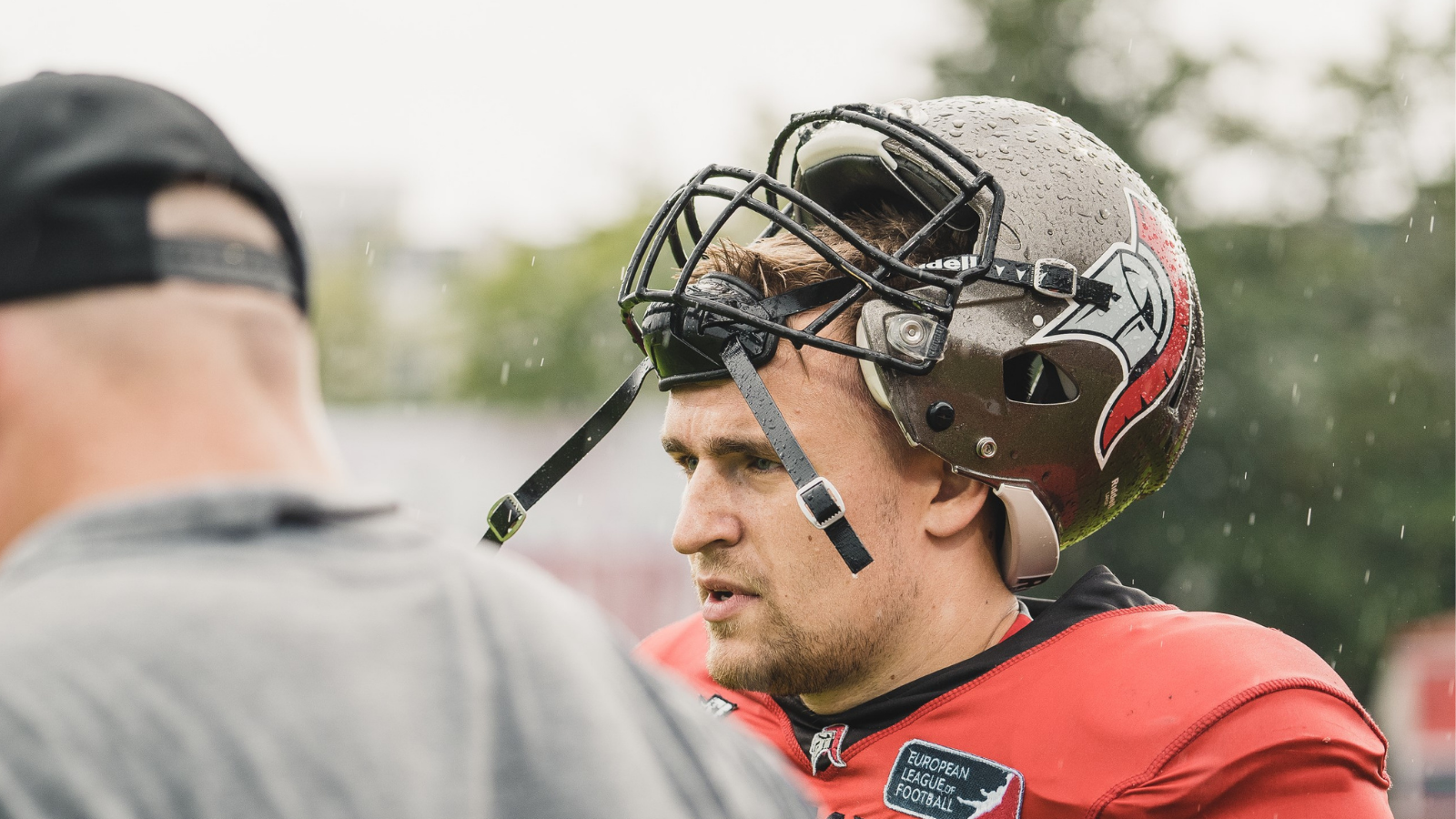 Jan Weinreich will go as the starting Quarterback into the 2022 season for the Centurions. ©Frederik Löwer

After the re-signing of Madre London and Quinten Pounds for the 2022 season, the Cologne Centurions announced the re-signing of German Quarterback Jan Weinreich for the European League of Football, the biggest European American Football League.

The front office of the Centurions seems more than happy to have their starting Quarterback back on the field for the upcoming season. "Yes - we have our Quaterback!" rejoices General Manager David Drane. "Jan is an important part of our team moving forward. One who leads the way and who is a true role model as a person and a player. He is one of the Local Heroes this league so desperately needs. We look forward to continuing to work together."

More News about the Centurions

One of the top-quarterbacks in German football

On and off the field, Weinreich led the team. He was honored as the "Man of Honor of the year" by the European League of Football, a nice guy in the American Football community in Germany and produced solid numbers on the field, leading his team into the playoffs in the inaugural season.

With 16 touchdowns, 1806 passing yards and four rushing touchdowns, Weinreich showed enough to be the starter for the upcoming season. He took over the starting job over former quarterback Danny Farley in the first game against the Panthers in the European League.

The Centurions are hoping for another playoff-run, while they already look ready of offense.

See some of his highlights here!