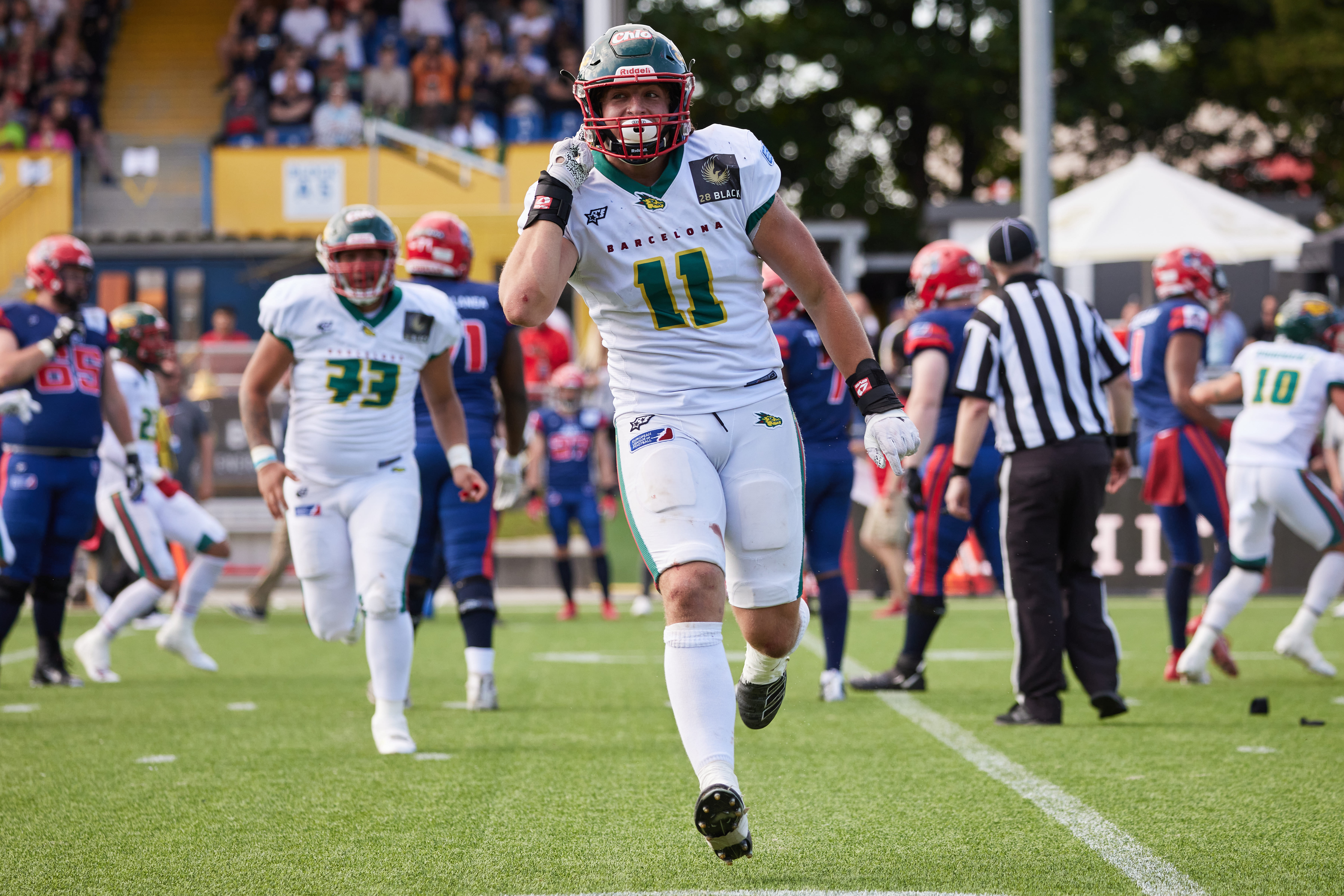 Alejandro Fernández was one of the best edge rushers in 2022. ©Eric Ribé

After re-signing Jadrian Clark, Jim Tomsula makes his next blockbuster move. First-Team All-Star and Defensive Player of the Year nominee Alejandro Fernández will terrify quarterbacks for the Rhein Fire in 2023.

The 20-year-old had his big breakout season in 2022, putting up impressive numbers that made him the best defensive player in the European League of Football to some fans. In 12 games, the young Spaniard recorded 15.5 sacks, 21.5 tackles for loss, seven forced fumbles, three fumble recoveries, ranking him at least top-three in every category. Especially, his seven forced fumbles helped the Barcelona Dragons to win close games and played a big role in their 8-4 regular season record and playoff berth.

Will Fernández be even better this year?

“Iceman”, as Andrew Weidinger, now also with Rhein Fire, and his teammates call him for putting the game on ice seemingly every time he takes the field in the fourth quarter, will be an important cornerstone for the Fire defense. Turning only 21 later this month, the NFL International Combine participant is just at the beginning of his career, but is already having an impact like a veteran would.

After being a top three defensive player last season, it will be interesting to see whether Fernández can take another step forward under the guidance of his head coach and defensive guru Jim Tomsula. Since Fernández seems to have all the tools needed in place and has a whole off-season to work with someone who coached defensive linemen in the NFL for 12 years, it is not unlikely that Iceman will be even better in 2023.