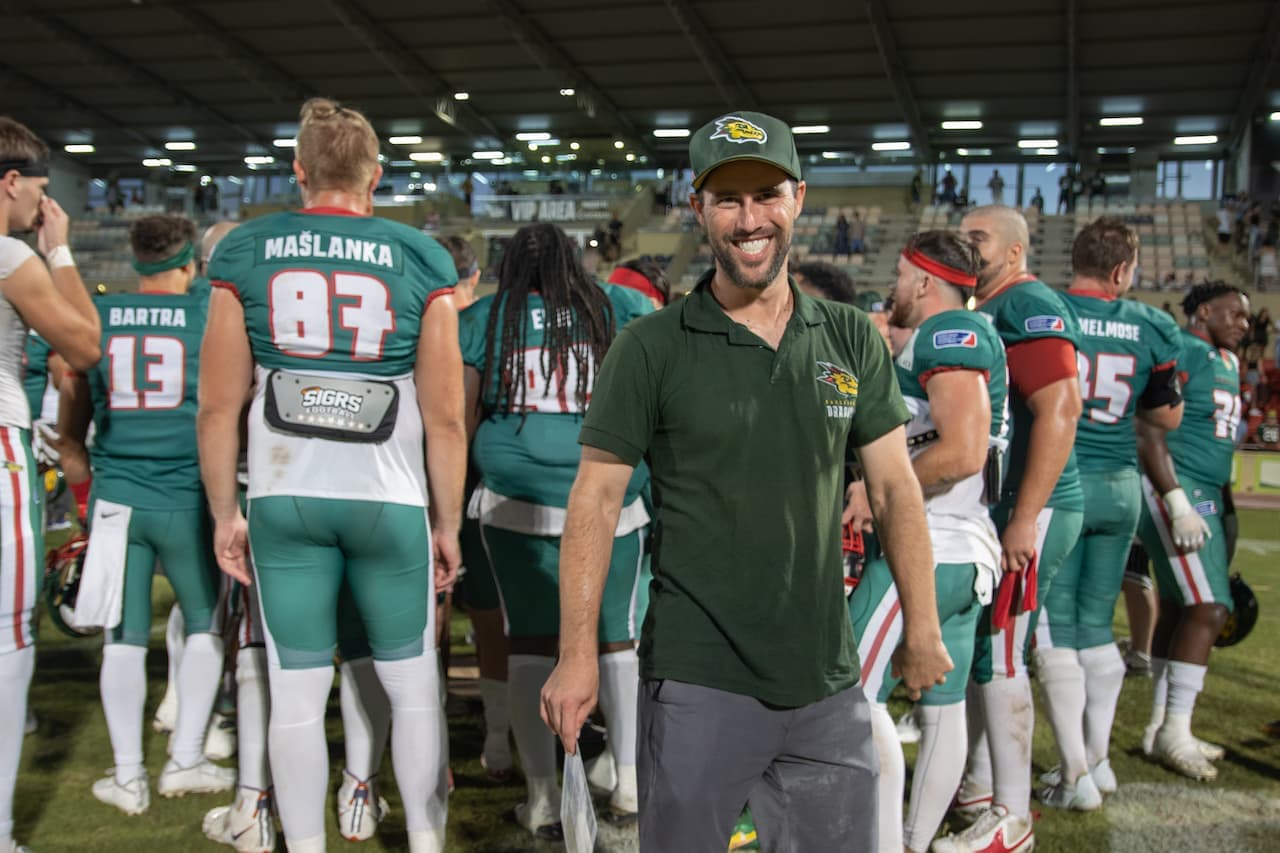 Now it is official. After Andrew Weidinger himself revealed he will be back for a second season in the best European football league, Rhein Fire announced on Tuesday that he will be the offensive coordinator for 2023. With Jim Tomsula as head coach and sports director, Weidinger could form a perfect duo to bring Rhein Fire to the top in the next season. At the Honors show of the European League of Football on Saturday before the Championship Game, Andrew Weidinger was awarded the “Coach of the Year” despite parting ways with his former team, the Barcelona Dragons.

Weidinger is capable of turning a losing team around, will he be able to build on the success the Fire had in 2022? If so, there is a good chance we can see the Rhein Fire in the playoffs in 2023.