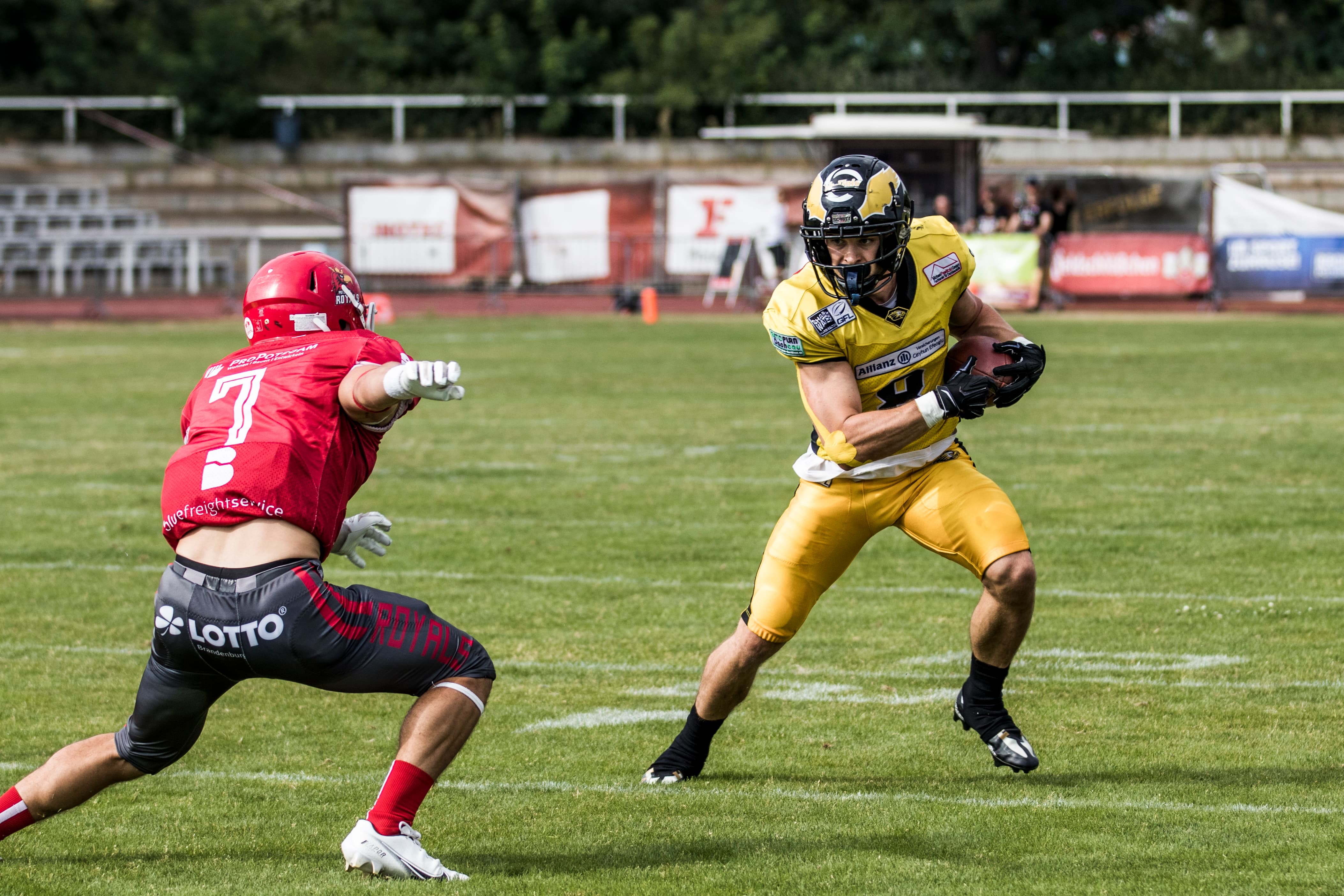 Max Zimmermann was one of two new additions of the Berlin Thunder franchise. © Sonja Matysiak

As Berlin Thunder announced this week, both wide receiver Aaron Jackson and Max Zimmermann will join the Berlin Thunder. They are expected to join Robin Wilzeck to form one of the best receiver groups in the upcoming European League of Football season.

Already on Tuesday, the franchise announced the signing of receiver Max Zimmermann. The pass catcher was previously active in Finland, Canada, and the German Football League. Zimmermann ranked in the top 10 in receiving yards per game with his previous club, the Berlin Adler.

With 935 yards and 11 touchdowns in 11 games, he was one of his quarterback's primary touchdown targets. Zimmermann sees his future in the best league in Europe. Statement of Max Zimmermann: "I have had the feeling from the beginning that here on and especially off the field in all areas hard work is done on the goals and the version of the franchise. Together, honestly and directly. To represent my hometown at the highest European level and to show that football in Berlin belongs to the top in Europe, that's why I'm here."

Berlin Thunder head coach: "Our fans can look forward to a show"

His head coach is looking forward to the new weapon for his offense. Johnny Schmuck: "The signing of Max Zimmermann brings us one of the best football players and the most complete wide receiver in Europe. There are just few players that have his talent, skill and work ethic. Additionally, he is a leader, and will help everyone else reach a new level with his attitude! I have a long history with Max, having worked with him since he was a youth. I've been through a lot of ups and downs and I'm incredibly excited to come full circle. Our fans can look forward to a show or two with this receiving corps!"

Dangerous receiving corps for the Thunder

The addition of Aaron Jackson should round out the most dangerous trio of receivers, according to the Thunder.

"Aaron is the next very important signing for us! He brings an added dimension to ouroffense, making him a perfect addition to our receiver corps. He has dominated the GFL the last twoyears as a wide receiver and returner, making many teams interested in him. I see his decision to joinour franchise as a clear sign that players see what is happening here in Berlin," said head coach Schmuck.

The 27-year-old American has already been playing in Germany for four years with the Cologne Crocodiles in the German league. From 2019 to 2022, he managed 3448 receiving yards and 43 touchdowns in 27 games played, was the league's leading pass receiver last season.

"Made my decision to join the Berlin Thunder easy"

Aaron Jackson: "The main reason I decided to join Berlin Thunder is that I immediately noticed how sympathetic and genuine the entire organization is - be it the front office, the coaches or current players. I really appreciate that they have been very honest with me, and that the player's best interest is the top priority here. I'm a big believer in destiny, which made my decision to join the Berlin Thunder easy."

The franchise previously parted ways with former running back Jocques Crawford, with a decision currently pending at quarterback.