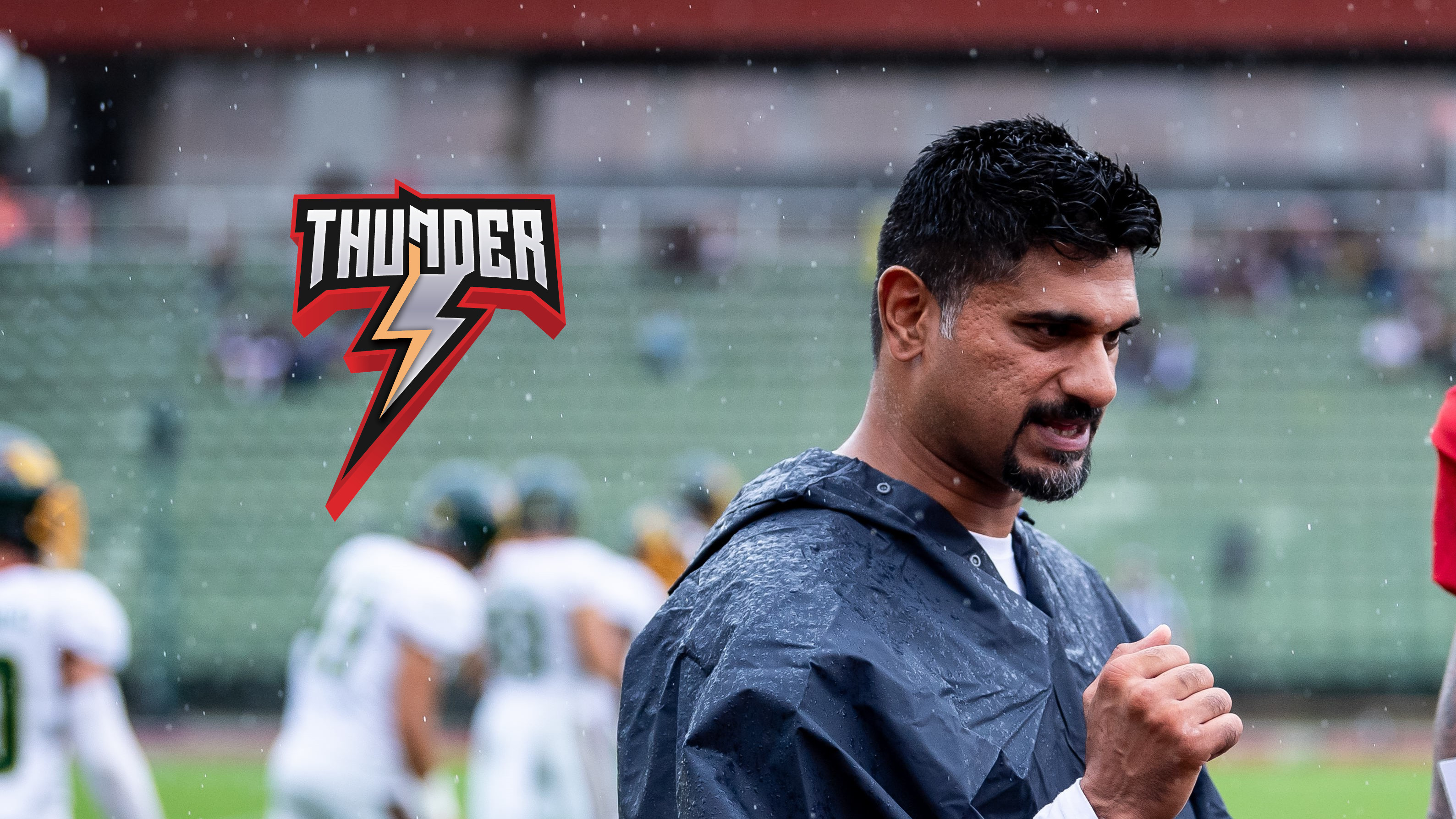 The season of Berlin Thunder was finished in a shutout against the Stuttgart Surge, winning with 38-0 against a decimated Surge team. Even though the defense and running game showed promise on Sunday, the Berlin Thunder stood at 3-7 at the end of the season, only winning against Stuttgart twice and Barcelona at home once. Not enough for the Berlin Thunder and its decision makers. Jag Bal managed to get one of the toughest defensive-players on the field: in personal statistics, for example linebacker Wael Nasri had a total of 141 tackles all season, Kolin Hill and Odeleye both had over nine sacks this season. On the offensive side, the Thunder had the second best rushing attack, having struggle with the passing game all season as well as injuries to start the franchise.

By sacks, the Thunder ended on the fourth in the league. Having talented guys on defense, the personal statistics were often overshadowed by harsh losses against their conference opponents Panthers, Kings and Sea Devils. In the end, seemingly not enough to go with Bal for the upcoming seasons: "Despite the recent positive development of the team, in particular the end of season victory in Stuttgart, we were not able to agree on a mutual strategy for the team in the next season," explained General Manager Heiko von Glahn over the Thunders Social Media Account. He added: "We thank Jag Bal for the work he has done and his contribution in establishing the Berlin franchise. We wish Jag all the best for his further career as coach." (See the statement here.)

The Thunder are the second team of the inaugeral season to part ways with the Head Coach, while the Hamburg Sea Devils pulled the trigger earlier this season on former Head Coach Ted Daisher.

Even though the Berlin Thunder season ended before the playoffs, Thunder General Manager Heiko von Glahn and the frontoffice already make move towards the 2022 season.

Next year, there will even be more competition with more franchises joining the league. It remains to be seen how this move works out for the Thunder in the future.