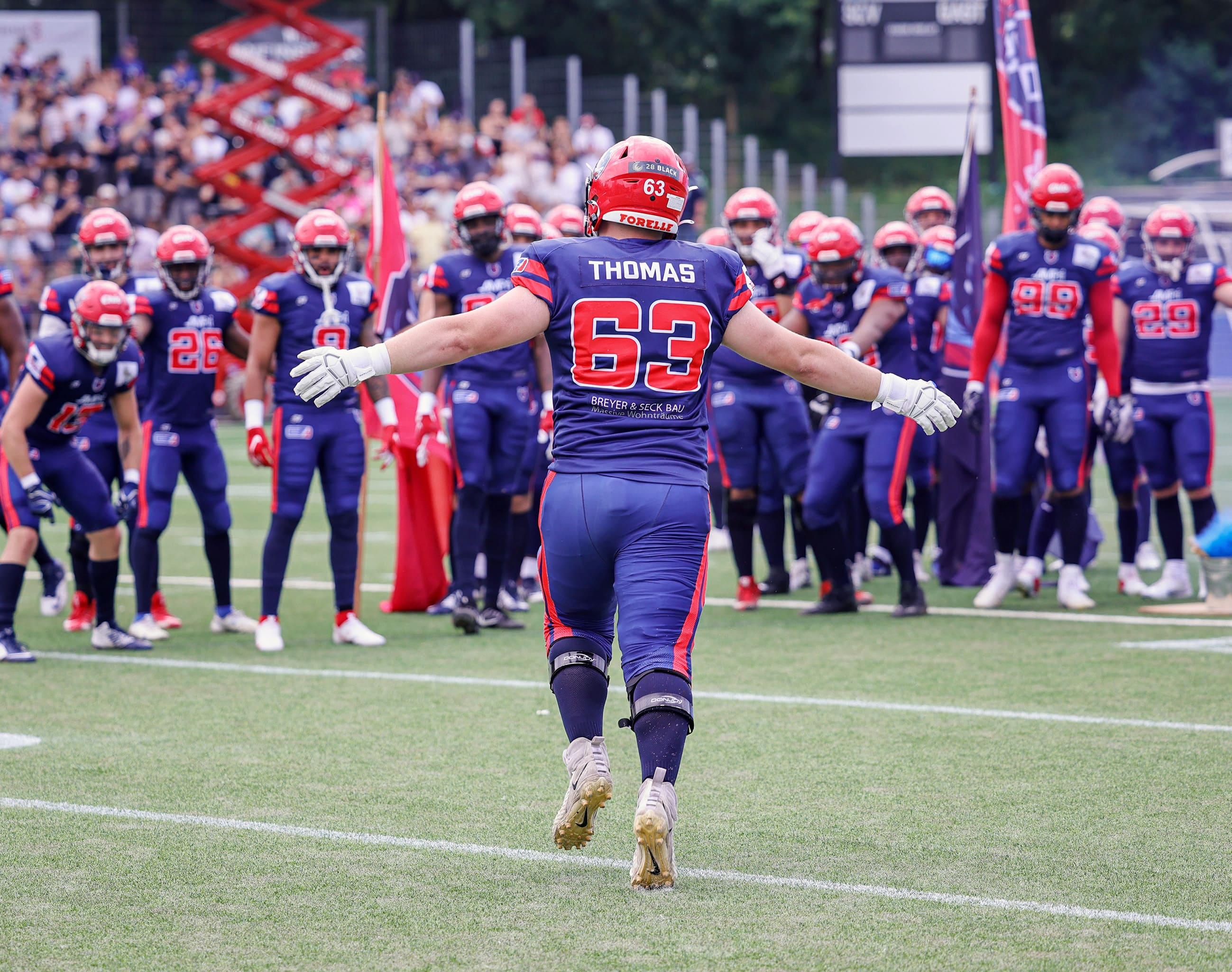 Lewis Thomas, the best left guard in Europe, will play for the Milano Seamen in 2023. © Michale Freitag

The Milano Seamen are beefing up their offensive line with another European import. After Frenchman Thomas Fileccia and German Francesco Runco, British national team player Lewis Thomas will be on board for the Seamen’s inaugural season as well.

“I think we will go far this year.”

The 24-year-old Brit, who is standing at 1.92 meters and weighs in at 128 kilograms, showed last season that he is the best left guard in the European League of Football, earning him a First-Team All-Star selection. Thomas had a big impact on the Hamburg Sea Devils, being their best offensive lineman and a difference maker in the running and passing game.

Seamen head coach Stefan Pokorny is clearly making the offensive line a priority for his team, and Lewis Thomas is looking forward to joining them: "I am delighted to be joining the Milano Seamen in their inaugural year in the European League Football. The franchise has a strong history of success both domestically and within Europe. Milano possess a lot of strong local talent as well as an excellent coaching staff and I think we will go far this year."