The European League of Football all-time receiving leader will catch passes for the Italian franchise in 2023. 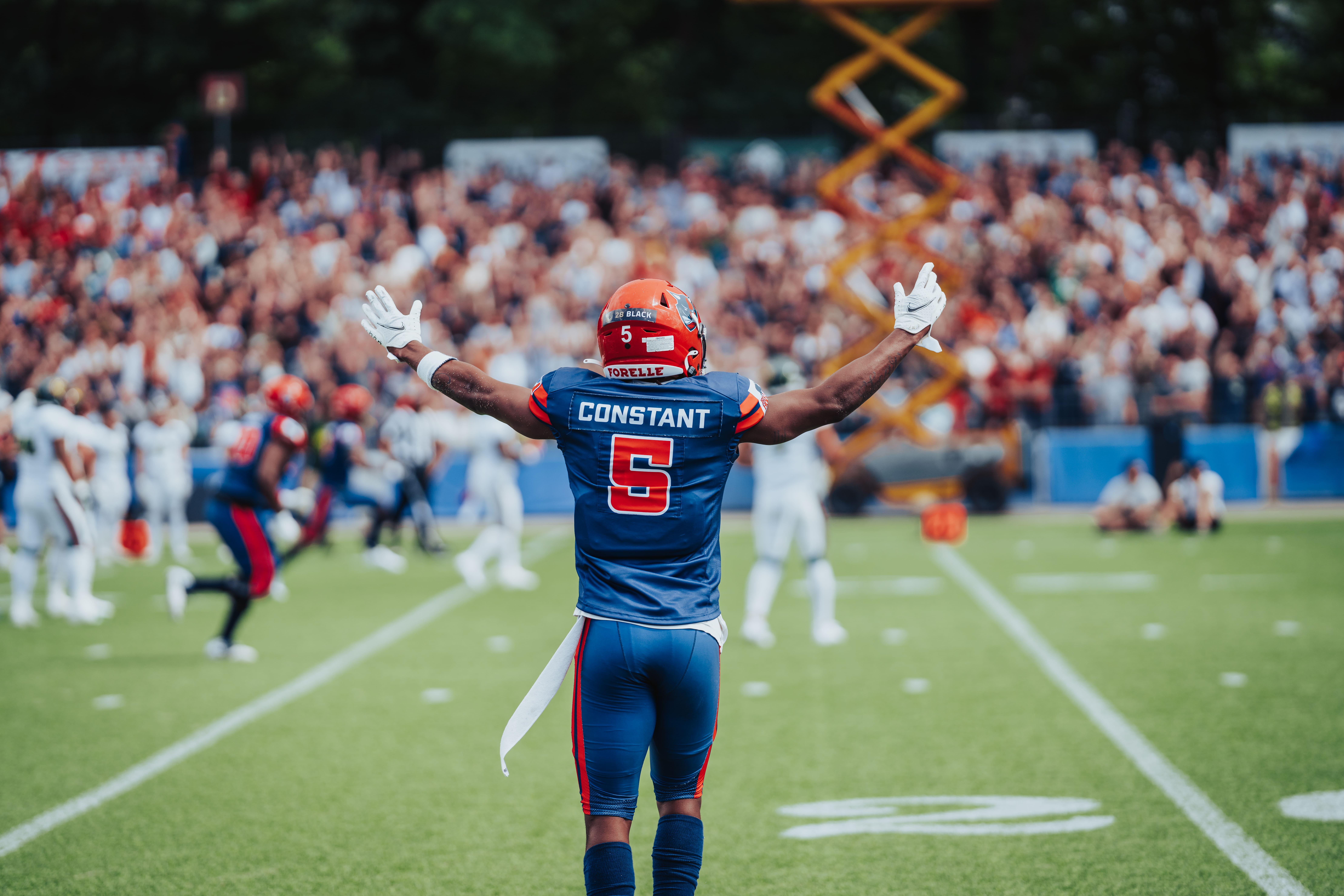 Jéan Constant is the all-time leader in receptions and receiving yards. ©Jonas Wic

The Milano Seamen make the first blockbuster signing in franchise history! With Jéan Constant, the Italian franchise signed the European League of Football all-time leader in receptions and receiving yards.

The talented pass catcher has been part of the league since the beginning in 2021. In two seasons with the Barcelona Dragons and Hamburg Sea Devils, Constant caught 140 passes for 2001 yards, being the first and only receiver in league history to hit that mark. But Constant is not only a reliable target, he is a return specialist as well. The new Seamen ranks second all-time in return yards with 1495, just eleven yards behind former teammate Justin Rogers. This makes the Haiti born player a versatile weapon, and the Seamen hit a home run by signing him, before any other franchise could.

Constant himself is looking forward to his new challenge: "My journey in the European League of Football has been unimaginably great. From the inaugural season in 2021 to last year’s championship run. I plan to bring my past experiences to Milan’s already build winning culture to help them establish a profound present in the European League of Football for years to come. My goal is to add value the best way I can and that's through leadership and playmaking."

Milano fans should be ecstatic about their newest addition and can have high hopes for another great season by Constant, who will be eager to reach the 1000-yard mark for the second time in his career.