As teams prepare for the upcoming season, more coaches are being announced and players get re-signed. Let’s see what has happened in the last week of the European League of Football. 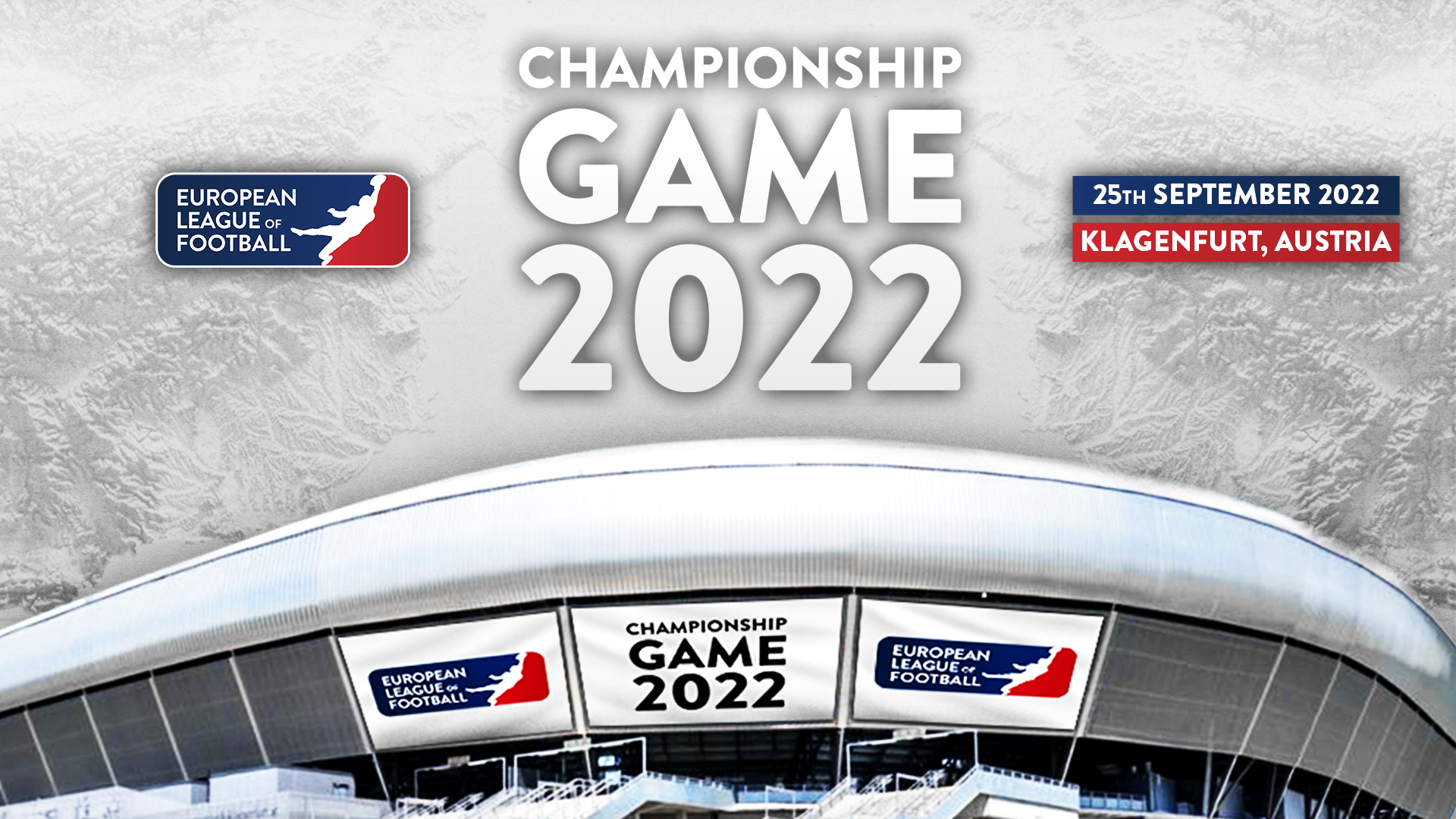 The 2022 European League of Football Championship Game will take place in Klagenfurt, Austria. Even the exact date of the event was set by the league: September 25 in 2022. "We are very pleased to be able to host next years final in the beautiful Wörthersee Stadium. It has a capacity of 32,000 spectators and offers the perfect infrastructure in the surrounding area for a great football happening”, CEO Zeljko Karajica commented.

Fans can already get tickets for the event on Ticketmaster. HERE!

After the last weeks re-signing of Goran Zec and Darius Robinson, the Panthers are not even close to be done. As the franchise announced, the Panthers re-signed offensive weapon KaVontae Turpin (READ MORE HERE) as well as French running back Philéas Pasqualini and Brazilian offensive lineman Murilo Silva. Leaving two more American import spots open for the Polish franchise.

After the arrival of head coach Frank Roser in the city of Cologne this week, the good news kept spreading. The franchise announced that Julian Völker, defensive lineman and team captain, re-signed with the Centurions and will stay in Cologne for the 2022 season.

One of the newest franchises, Rhein Fire, also keeps on pounding. With the announcement of Mario Schulz as the wide receiver coach, Jörg Mackenthun as defensive back & special teams coach, Detlef Zorn as linebacker coach, Erol Seval as offensive line coach and Detlef Reck as tight end coach, the Düsseldorf franchise is more than stacked at all coaching positions. Now, we are waiting for the announcements on offensive coordinator, defensive coordinator, and the head coach.

The Thunder have their tight end back! Nicolai Schumann stays homebound and will help the Thunder on offense in 2022. After a solid campaign last year, he could become one of the biggest threats on offense with a playmaker at quarterback.

The newest member of the European League of Football announced two major signings this week: PJ Gremaud who also worked for the Wrocław Panthers and Barcelona Dragons before will take over as the defensive coordinator and linebacker coaching spot of the Turkish franchise. The second announcement involved the signing of Alex Burdette who takes over as the offensive coordinator and wide receiver coach.