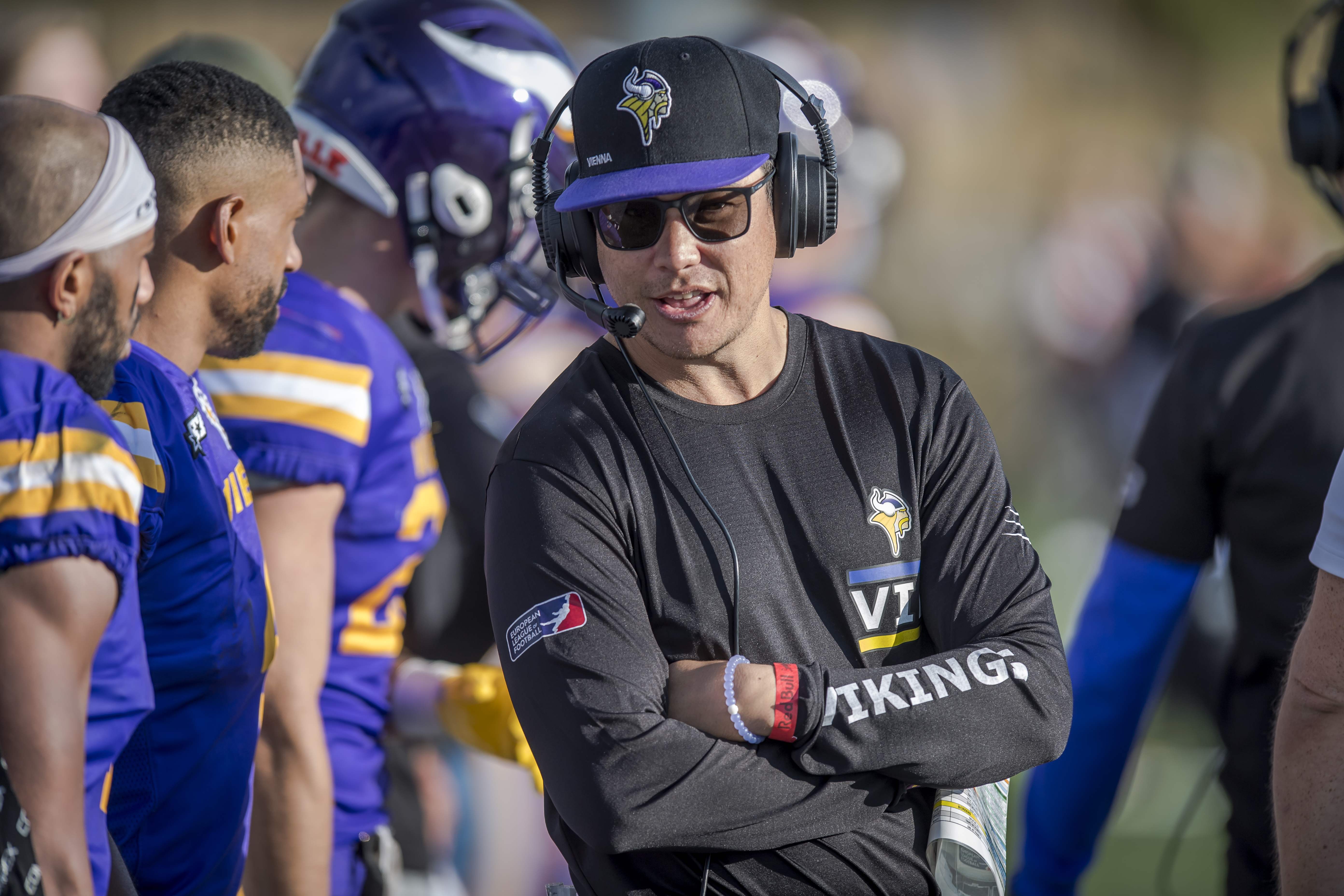 Danny Mitchell will not return to the Vikings. © Hannes Jirgal

As the Vienna Vikings communicated on Monday, Danny Mitchell, offensive coordinator of last season's Championship team, won't be returning to Vienna in 2023. Mitchell will accept an offer by a Division I NCAA college program.

Danny Mitchell: "Thank you to all the coaches, players, friends, and fans who have poured into and helped shaped me into the title of ‚Coach’. YOU are the reason I’ve gotten to see the world through this game. To the Vienna Vikings specifically, THANK YOU. Thank you for being a true Vamily and helping write everlasting moments together.  I love you all, and we will always be CHAMPIONS, forever."

Mitchell helped the Vienna Vikings to win the Championship Game in their first ever European League of Football season in 2022. His offense scored 27 points in dominating fashion against the Hamburg Sea Devils in the final in Klagenfurt. As one of the key-distributors to the Vikings' success last season, Mitchell will be missed by the program, but certainly not forgotten. Will the Vikings make another run for the Championship Game in Duisburg next year?