The talented linebacker from California will be Jordan Neuman’s first American player on defense. 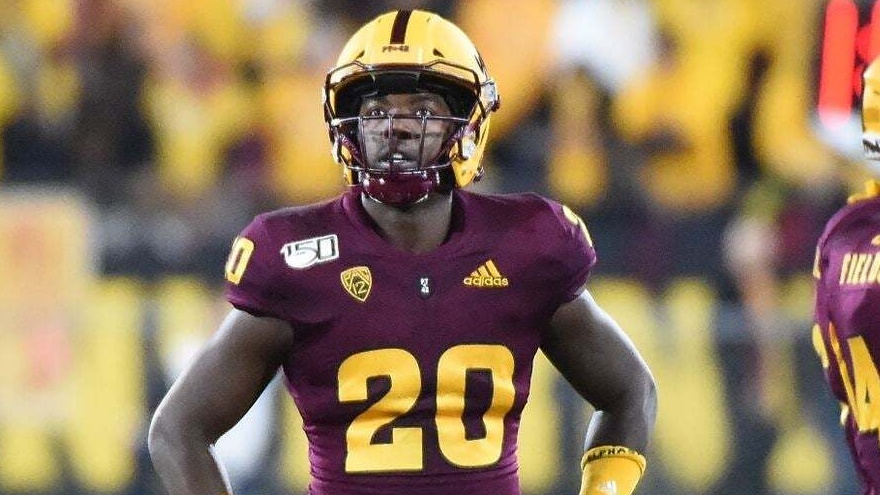 Khaylan Kearse-Thomas will play for the Stuttgart Surge in 2023. ©Dwayne Ong

The Stuttgart Surge finally signed their first American import on defense. And it is outstanding. With former Arizona Sun Devils and Tennessee Titans linebacker Khaylan Kearse-Thomas, the Surge defense is adding another standout linebacker to an already stacked group.

From high school standout to the NFL

Khaylan Kearse-Thomas showed promise early on. Standing at 1,88 m and 100 kg and playing outside linebacker and running back at Etiwanda high school in California, Kearse-Thomas was a sawn after prospect. The four-star recruit garnered plenty of offers from Division I programs, including Oklahoma, USC, Arizona, Miami and many more, before committing to Arizona State.

The California native, played in six games his freshman year, mostly on special teams, before redshirting his sophomore season. But from his redshirt sophomore season on, Kearse-Thomas never missed a game for the Sun Devils. He was a standout player on special teams and also took the field regularly as a linebacker the next two seasons. But it was his senior season that really put him on the radar of NFL teams. Kearse-Thomas went on to lead his team with 12 tackles for loss, had the second most sacks with 4.5 and ranked top five in tackles, ending his collegiate career with a Sun Bowl victory, after losing the previous three Bowl games.

Despite being a reliable starter and an PAC-12 honorable mention, Kearse-Thomas was not selected in the 2020 NFL Draft, but was signed one day after the draft by the Tennessee Titans. After spending over three months, including rookie minicamp and parts of the training camp with the Titans, the former Sun Devil got released at the end of August 2020.

After a short stint with the Winnipeg Blue Bombers, Khaylan Kearse-Thomas will now make his way to Europe for the first time in his career. Watching his tape, it seems like the Stuttgart Surge have found the crown jewel for an already star-studded defensethat will be looking to make a deep run into the post-season and possibly the European League of Football Championship Game.