The American wide receiver will stay with Rhein Fire in 2023. 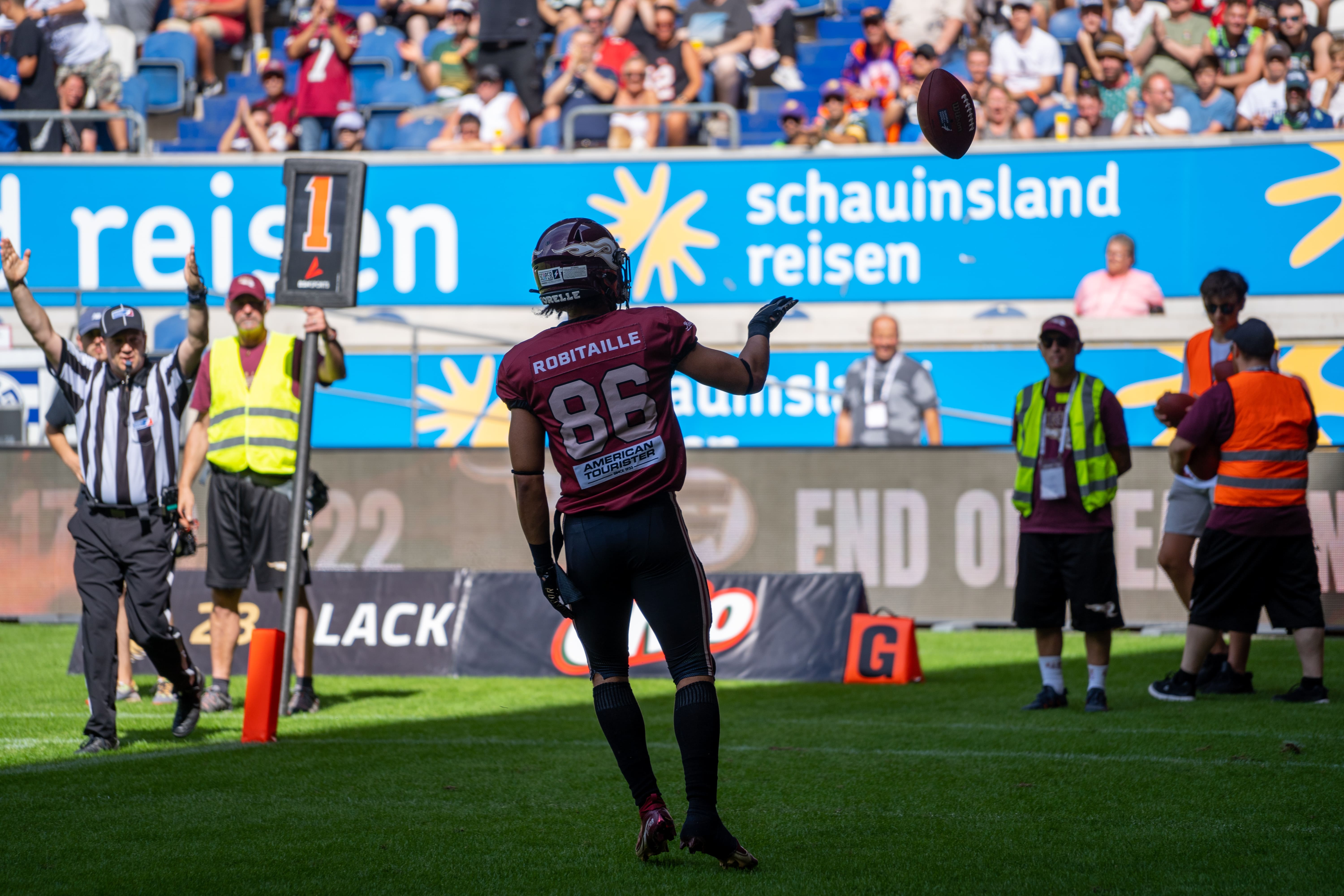 Another coup for Rhein Fire! After already re-signing young standout Harlan Kwofie, Jim Tomsula is also keeping Nathaniel Robitaille at the Rhein to form a dangerous group of pass catchers.

The American wide receiver has been the difference maker for Rhein Fire, catching 62 passes for 1,183 yards and 14 touchdowns, ranking him second in yards and touchdowns in the league, just behind triple-crown winner Kyle Sweet.

Robitaille had his best game of the season in Week 13 against the Cologne Centurions, in which he set the single game receiving record with 286 yards. His incredible performance over the course of the season made him a first-team All-Star in 2022 and an offseason target for many teams around the league.

“Truly blessed to be given the opportunity again”

For Robitaille, the decision to stay with Rhein Fire was a “no-brainer” and he is looking forward to returning to the team in 2023: “Playing for the Rhein Fire is big for me because of the community surrounding the team. From the fan base to the people in the city of Düsseldorf that I now consider friends & family, the love & support they’ve shown the team & myself personally has been nothing short of incredible. Truly blessed to be given the opportunity again to play this wonderful game & to represent the Rhein Fire. Dankeschön everyone!”

If Nathaniel Robitaille is able to duplicate his impressive performance from the 2022 season, he will be a key-contributor to a Rhein Fire team that has the potential to make it to the European League of Football championship Game in 2023.