The 2021 European League of Football All-Star will join forces with former teammates at the Rhein in 2023! 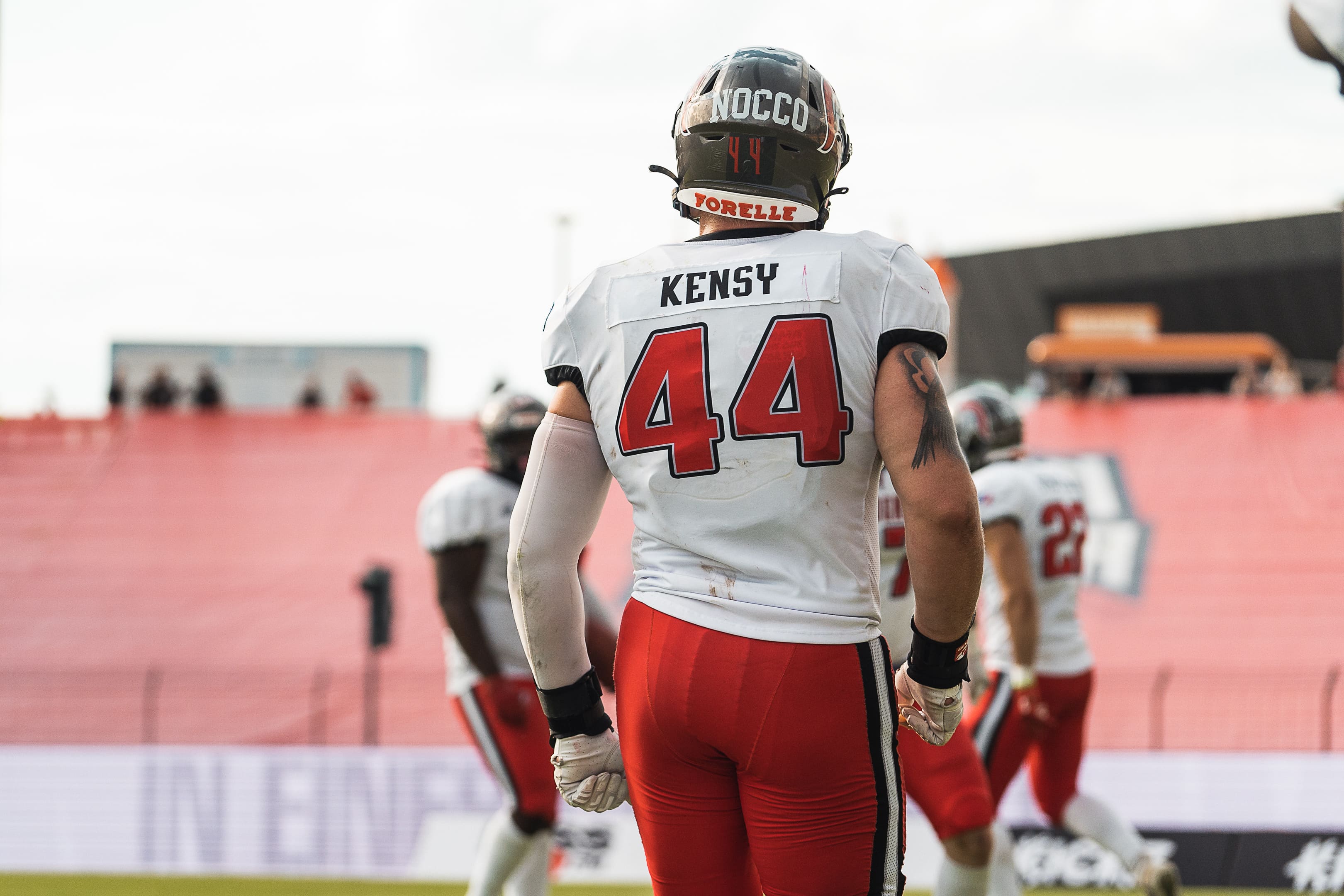 Marius Kensy will play for Rhein Fire in 2023! The 24-year-old is following fellow linebacker and former teammate Flamur Simon to Jim Tomsula’s team.

It is no secret that Kensy is one of the most talented football players in Germany. The national team middle linebacker showcased his skills right away in 2021, when he was the defensive cornerstone in the Centurions’ playoff berth. Leading the franchise with 64 tackles and 13.5 tackles for loss along with three sacks, Kensy earned an All-Star selection and was voted as the Defensive MVP for his team.

Despite struggling with injuries in 2022, the German still put up 54 tackles, seven tackles for loss, 3.5 sacks and three forced fumbles in only nine games, ranking him second in most categories just behind Flamur Simon, with whom he will once again play together in 2023.

If Kensy manages to stay healthy, he can be an absolute difference maker for Jim Tomsula’s team and one of the best middle linebackers in the European League of Football.