Recap: What worked for each team in Week 1

With bad and good performance, teams were better than the rest of the league in some units. We show which team showed which strengths. 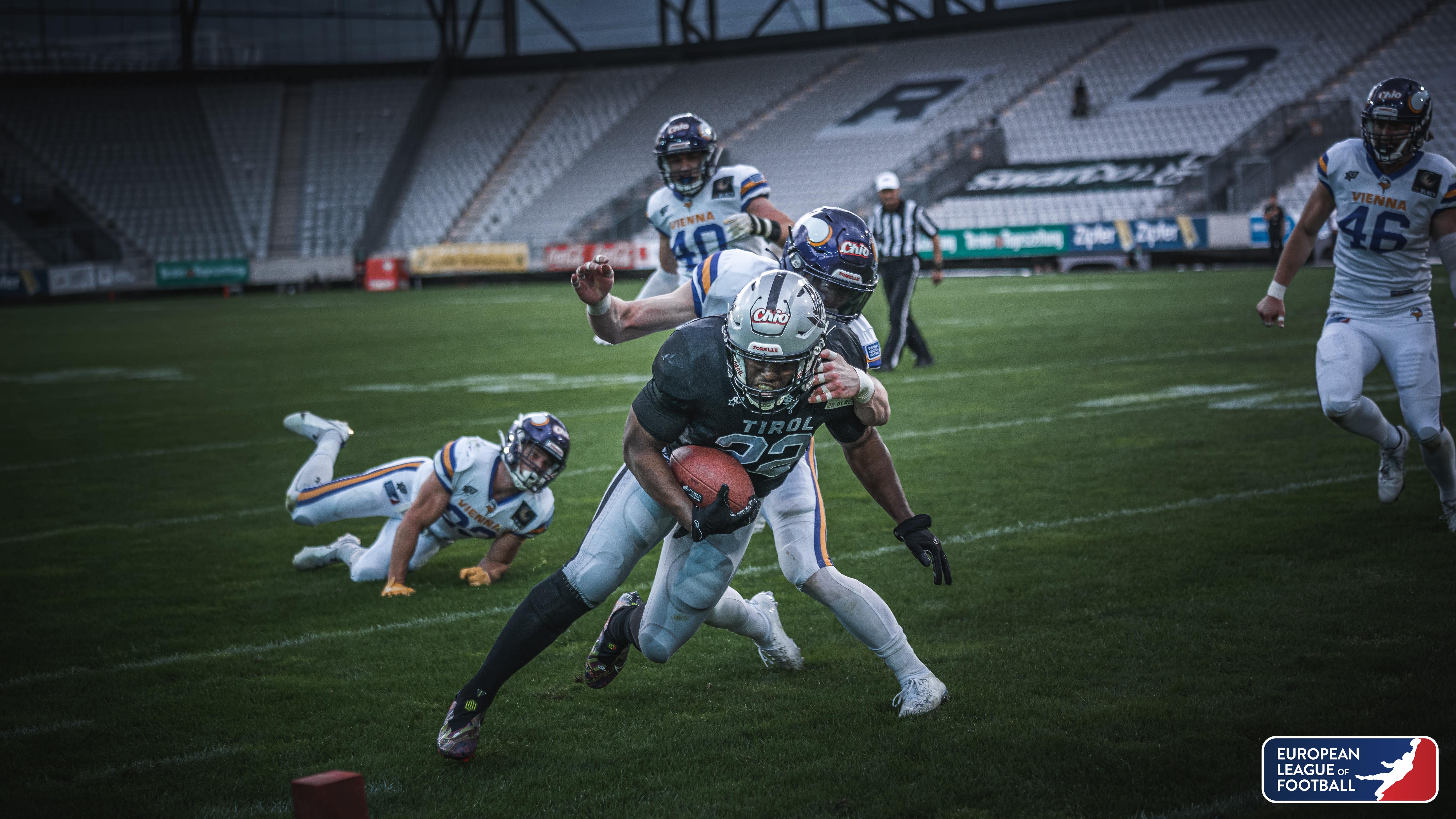 Raiders Tirol running back Logan Moragne on the field against the Vienna Vikings in Week 1. © Flo Mitteregger

Logan Moragne might be one of the biggest surprises of week one. 105 yards, one touchdown and a beast in the pass protection, the Raiders are coming in hot in the rushing game. With 18 rushes, Moragne had no rushes for negative yards.

While the intensity of the Istanbul Rams seemingly caught the entire Centurions offense off guard and Jan Weinreich made a weird decision or two, the passing game was still compelling. Quarterback Weinreich found his receivers Quinten Pounds, Paul Lenhardt or Jannik Loercks on a regular basis, converted the important downs and led the team to first win of the season.

With two sacks, six tackles for loss, two forced fumbles, three fumble recoveries and two interceptions, the Rams were all over the backfield of the Centurions. Zachary Blair, middle linebacker of the Rams, was rushing west to east to get to the ball carrier. Unfortunately, not quite enough for the Rams.

Even though it looked like a mismatch in the secondary, Robby Kendall, Amir Kilani, Paul Ruffin as well as Moritz Thiele all had the Hamburg Sea Devils' receivers under control. While Salieu Ceesay told in a podcast that the Sea Devils did not have to show any of the passing plays, the Sea Devils were seemingly limited.

Looking at last season, the Frankfurt Galaxy – with their 3-4 system – were one of the top-teams bringing pressure to opposing quarterbacks. Marc Anthony Hor as theNose Tackle for Galaxy and Fire-Center Nick Wiens had a hard-fought battle in the trenches. The Rhein Fire offensive line was able to show the Galaxy their limits.

As already described before the season by Tim Hanswillemenke and even without Sasan Jelvani, the Leipzig Kings were dominant up front. Six sacks, nine tackles for loss, one forced fumble and two fumble recoveries were more putting out more than a statement. Now, their offense must step it up a notch.

Banat, Stanley, Zieba, Dziedzic, Mazan and others are balling in Poland. The receiver corps is ready to explode with Justice Hansen as their quarterback. Three touchdowns, 280 yards passing, and several big plays showed some weaknesses in the Leipzig Kings’ backfield.

While the Stuttgart Surge offense was asleep for 60 minutes, the defense had a great game, only struggling to cover Kyle Sweet and Benjamin Plu.

The stats show: The defense was not the problem. Four sacks, eleven tackles for loss (highest number this weekend) and two forced fumbles were impressive to say the least. The speed of Precious Ogbevoen or Meleka Mbala were all over the place. The departure of Zachary Blair was well compensated.

The Vienna Vikings are effective through the air, while also being consistent on the ground. Florian Wegan and Jordan Bouah ensured that the Vikings came out on top. Despite having to replace five starting players, the Vikings managed to overcome adversity.

If there is one thing you can be sure about, it is Zachary Edwards making plays. The quarterback drew intention to his wide receivers Kyle Sweet, Benjamin Plu and Mario Flores. 286 yards passing, three touchdowns, and no interceptions made Edwards a hot candidate for the week one Chio-MVP.

The Sea Devils dominated with pressure all game long against the Thunder. Edebali, Awuah, Hänni, Yeboah, Imasuen and Grube were too much to handle for the Thunder line. Be sure that sacks and tackles will follow.