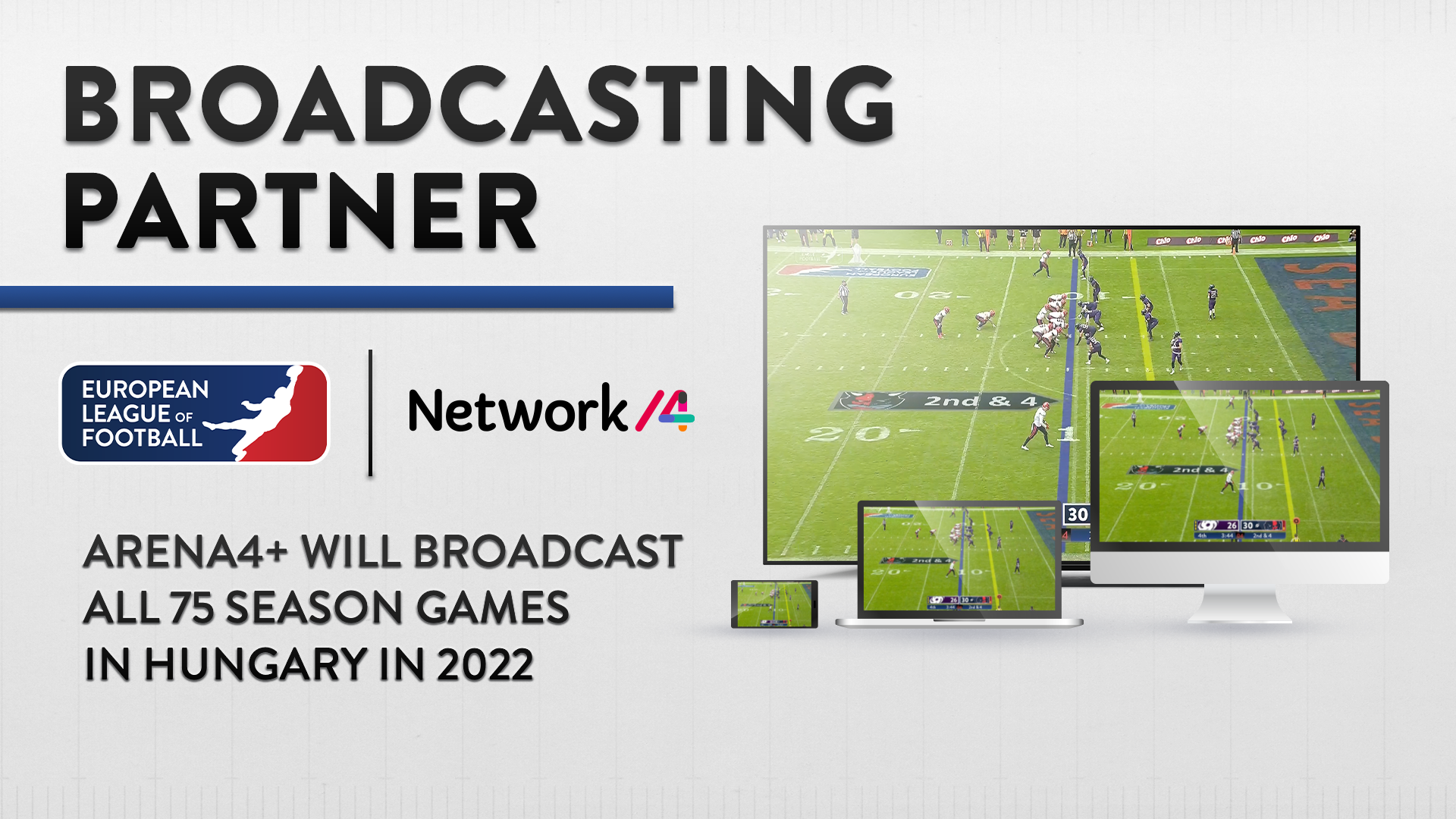 The European League of Football is proud to announce that Hungarian sport streaming service ARENA4+ will broadcast all 75 season games in English next season. Among them, two top games will be broadcasted weekly on linear sport televison ARENA4 with Hungarian commentary.

After the Fehervar Enthroners have already been presented as the new 2023 team at the Kick-Off Press Conference, Network4 will hold the broadcasting rights of the Enthroners in Hungary exclusively for the 2023 season.

"Successful future of our league"

The European League of Football thus joins Network4's existing portfolio from the NFL, USFL, NCAA or the Bundesliga. As one of the leading players in sports broadcasting in Hungary, ARENA4 and ARENA4+ have a sizeable audience that already enjoys existing football broadcasts.

„Network4 is the home of American football in Hungary and therefore the perfect partner for a successful future of our league and our 2023 franchise Hungarian Enthroners. We are thus placing broadcasting on broader shoulders, “ says managing director Zeljko Karajica.

"We at Network4 are extremely proud to have added another prestigious sporting league to our existing American football offering of NFL, NCAA Football, HFL and USFL. American football in Europe has been on a developmental trajectory for years, with the continent's best clubs playing spectacular games attracting large number of spectators week in and week out. It is a great pleasure for us to join the European League of Football broadcasters' family to ensure that our viewers will not miss out on quality American football in the summer, and in a year's time they will be able to cheer on a Hungarian team, too."

New franchises for the European League of Football

The Hungarian Enthroners, the Milano Seamen and Helvetic Guards were already announced for the 2023 season.

All-Star signs with the Milano Seamen