The Ravens are getting serious! With the signings of Johannes Zirngibl, Kevin Titz, Patrick Engelhardt, Tizian Vogl and Bilal Mawuena, the Ravens have made their first moves. 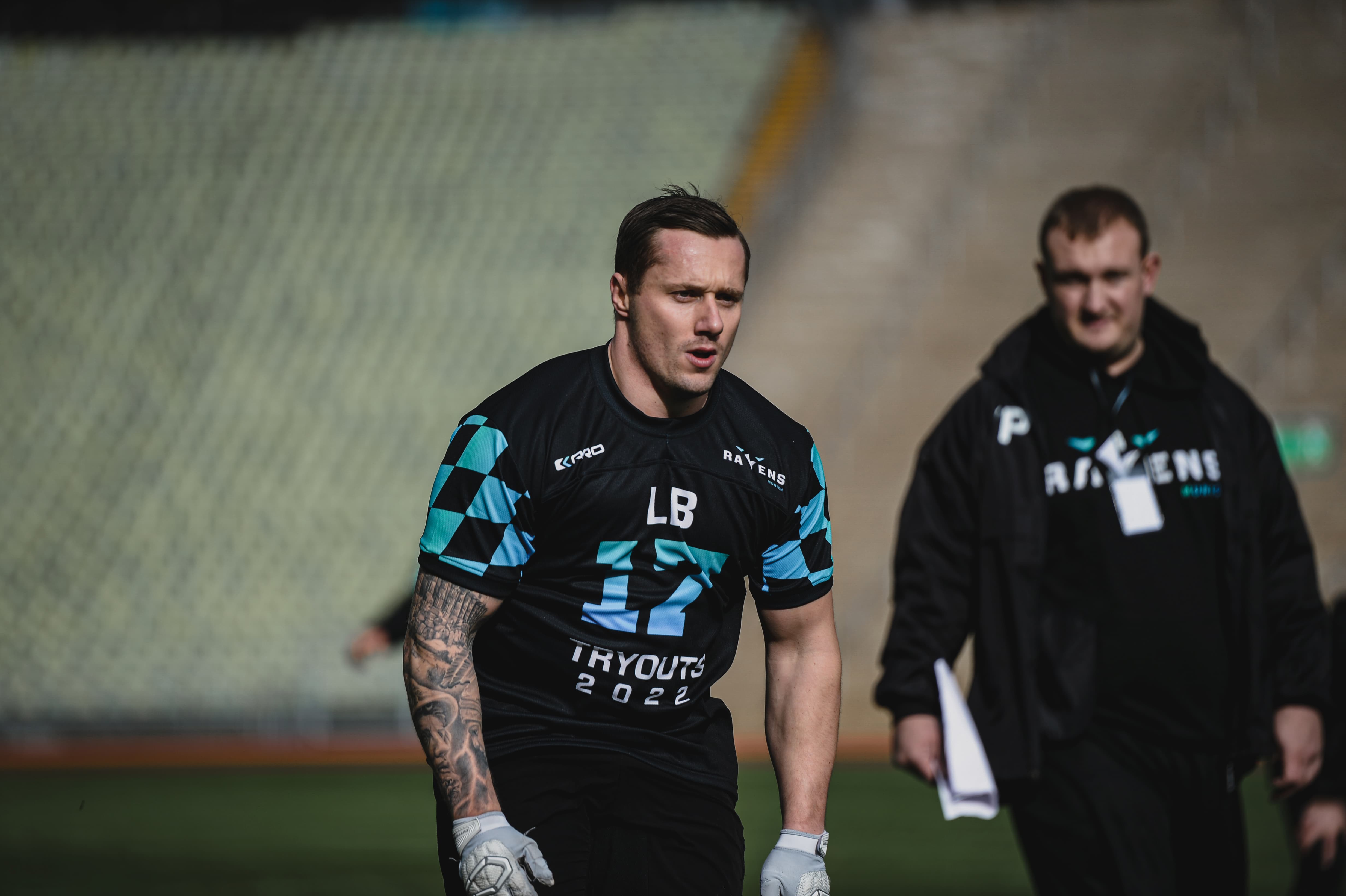 The Munich Ravens introduced five defensive players in the past weeks. Johannes Zirngibl, a former New Mexico Military Institute player, got things started. The 23-year-old defensive lineman most recently played for the Straubing Spiders. He led the Spiders in both sacks (4) and tackles for loss (14) in the GFL last season, impressing with 59 total tackles. Those stats secured him a spot on both the GFL "All-Star" Team and the German National Team. The Bavarian native is already looking forward to his debut season in the European League of Football: "I'm looking forward to being a Raven and thus be part of the team from the very beginning."

Defensive line as one of the best groups

Director of Sports Operations, Sean Shelton, was impressed with Zirngibl's performance, "The Defensive Line is developing into one of the best position groups - also because of players like Johannes. I can't wait to see the impact he will have on our defense."

Linebacking corps ready to lay down the hammer

Kevin Titz and Patrick Engelhardt, two more defensive players, followed Zirngibl shortly after. Patrick Engelhardt drew attention last season with the Straubing Spiders with 65 total tackles, 5 tackles for loss as well as an interception. The career of the 30-year-old native of Landshut began with the Plattling Black Hawks and went on via the Ingolstadt Dukes and Straubing onto the Ravens.

The 22-year-old linebacker talent Kevin Titz, whose career began with the Allgäu Comets, moves from the Munich Cowboys to the Ravens. In the 2021 season he managed 38 total tackles (2 tackles for loss, 1 sack and 1 blocked kick), last season he impressed with 23 total tackles (two ackles for loss and one interception).

"We expect our linebackers to bring fire and passion into our defense - that's why I'm very excited about our first reinforcement for this group. Kevin and Patrick are both very passionate players who will help set the tone for our defense. Kevin has only scratched the surface of hispotential, and Patrick will bring his qualities as a leader with his qualities as a leader," Sean Shelton said of his new signings.

Outside linebackers and edge rushers for pressure

Then on Friday, they released the signings of Tizian Vogl and Bilal Mawuena. Tizian Vogl led the team's internal scoring for sacks (7) and tackles for loss (12) for the Munich Cowboys last season. The 27-year-old outside linebacker is proud to play for the Ravens. "I'm very excited to be a part of the Munich Ravens and thus to represent football-Bavaria in the European League of Football. I am ready for the competition and want to take the next step as a football player," said Vogl. Mawuena is also considered a defensive end talent. The 21-year-old is expected to reach his potential with the Ravens.