The Munich Ravens have signed three building blocks for their offensive line. 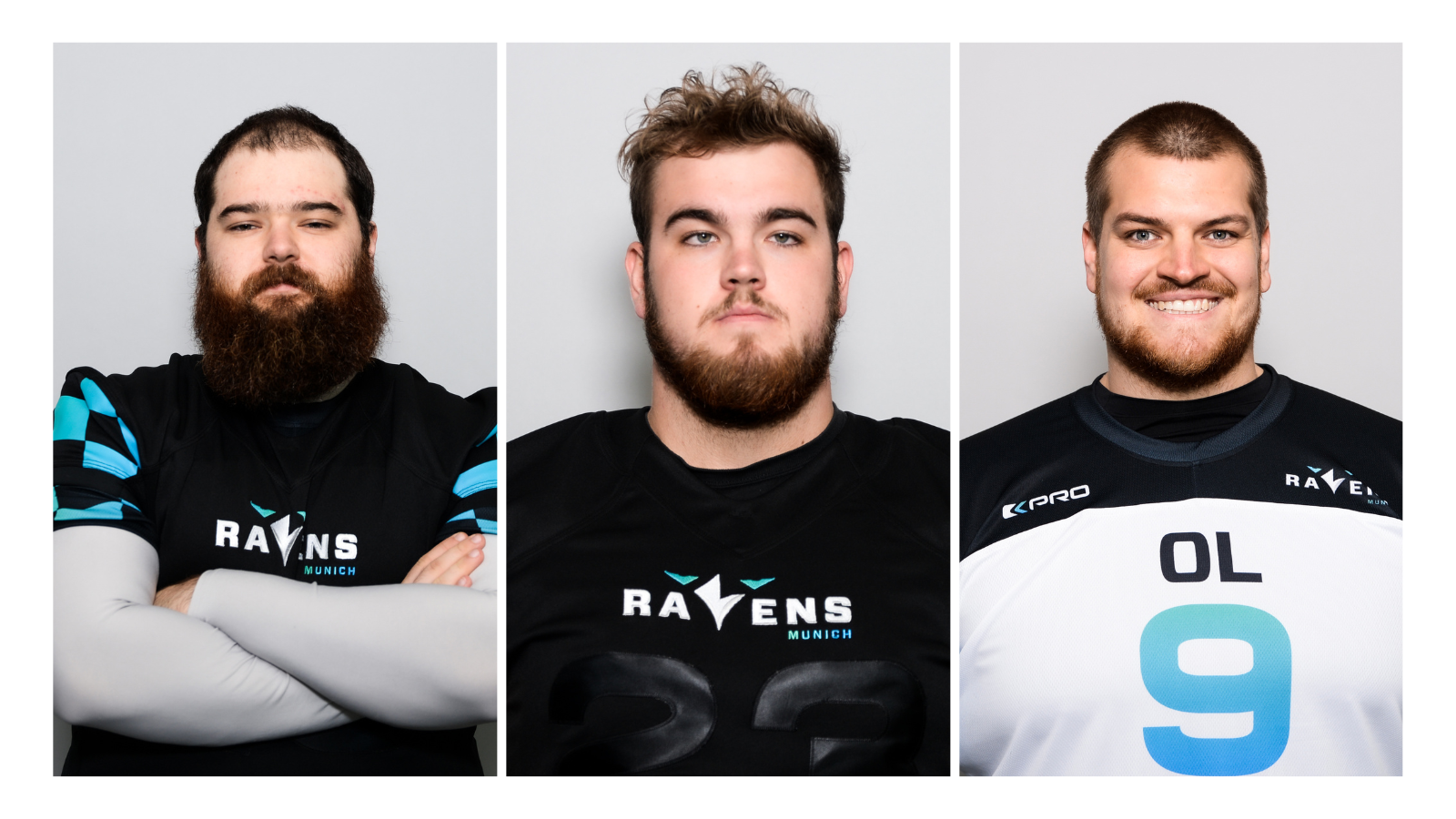 Marvin Biegert, Dominik Ondra and Thomas Schmidt are ready to take their talent to the European League of Football for the Ravens. © Svenja Sabatini

After what the Munich Ravens say was a successful tryout at Munich's Olympic Stadium, where director of sports operations Sean Shelton and head coach John Shoop were able to convince themselves of the potential of the Bavarian footballers, the Munich franchise of the European League of Football has now signed its first Bavarian players. Marvin Biegert, possible center, offensive guard Dominik Ondra and offensive tackle Thomas Schmidt were signed for the upcoming football season.

Sean Shelton building the team from the middle

Sean Shelton talks about the foundation for a solid Munich Ravens offense with these three commitments: "The Offensive Line will be one of the most important building blocks in our plans. The O-Line is the engine that drives the car, and through those three we plan to have a very strong drive."

After Darius Robinson, the Ravens' signing offense is seemingly starting now. With Ondra, Biegert and Schmidt join players from three different previous stops with the new franchise. The 26-year-old Thomas Schmidt is already looking forward to the season: "The Munich Ravens are the chance to build up a kind of 'Bavarian Allstar Team' in Bavaria and to show Europe what the general talent level is. I'm looking forward to playing with a lot of old friends again, and I'm already very excited and eager for next season!"