Stanley Zeregbe could be the impact player the Berlin Thunder will need opposite of Kyle Kitchens. The athletic defensive end showed enough to make the next step in the European League of Football. 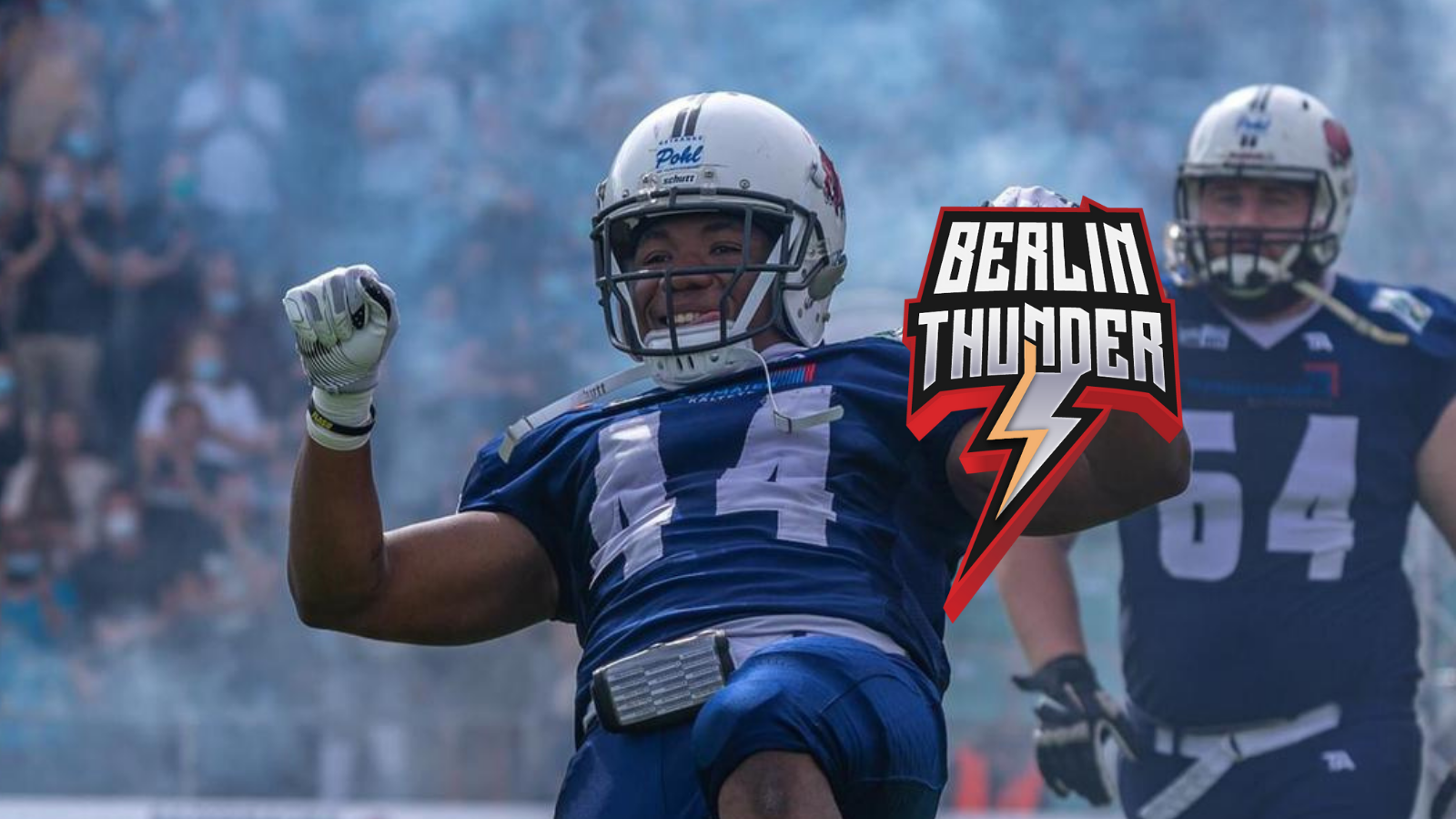 Will Zeregbe cause havoc together with Kyle Kitchens? ©Dominic Molet

Stanley Zeregbe is the next athlete being signed by the Berlin Thunder. The defensive end is also one of the next French players in the league,who dominated the signing period and off season. Other players from French already signed are: Wide receiver Benjamin Plu, defensive lineman Edwin Elio and defensive back Antony Rodrigues for the Barcelona Dragons,  tight end Brandon Camara and defensive back Kevin Fortes for the Sea Devils, as well as Jason Aguemon and wide receiver Aymeric Nicault.

Watch out for him!

Zeregbe could certainly be the impact player the Berlin Thunder needed opposite of signed “DPOY” Kyle Kitchens. Despite being only 24-yearsold, Zeregbe already has a powerful history in European American football. The national team player started playing football for La Courneuve Flash in 2011, where he already played one year under European League of Football-commissioner Patrick Esume.

Enough to make an impact?

Arguably his best season came last year with the Ravensburg Razorbacks, having 8 sacks, 32 tackles and 12 tackles for loss, where he showed his potential even more. The 1,89 m tall and 107 kgh eavy defensive end has long arms, a fenomenal get-off and with that, greathands to avoid blocks. His mobility and quick feet allow him to work great in open space and almost certainly remind the quarterback every play about his speed. With Adedayo Odeleye joining the IPP, Zeregbe could be the immediate replacement.

Kyle Kitchens and Stanley Zeregbe could cause havoc in the opposing backfield. Ben Nauenburg, who is also one of the Germans top-talents on defensive line, joins both players and has a lot to prove. Northern Conference teams must have one thing in mind: This defensive line could be even scarier than last year.

More about the Thunder!